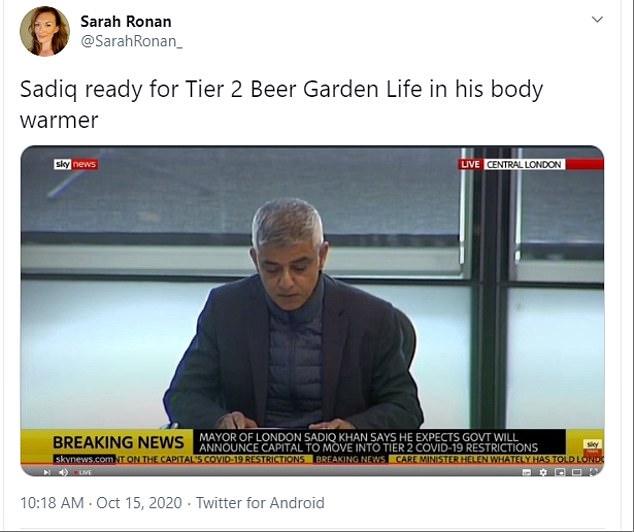 ‘Sadiq ready for Tier Two beer garden life in his body warmer’: Twitter users have plenty to say about London mayor’s ‘coat-under-a-blazer situation’ as he plunges city into lockdown

Twitter users had plenty to say about the London mayor’s ‘coat-under-a-blazer situation’ as he plunged the city into a stricter lockdown.

Sadiq Khan read a statement from City Hall today, wearing a puffer coat under a suit jacket, prompting some hilarious reactions on Twitter.

Some joked that he was ready for ‘beer garden life’ in Tier Two while others wondered whether City Hall had paid the bill for the central heating.

Twitter user Sarah Ronan, joked that the London mayor was prepared for the winter lockdown spent drinking outside, writing: ‘Sadiq ready for Tier 2 Beer Garden Life in his body warmer.’

Under Tier Two restrictions, Londoners will be banned from mixing with friends indoors.

But socialising outdoors – including in pub and private gardens – will still be allowed within the Rule of Six. 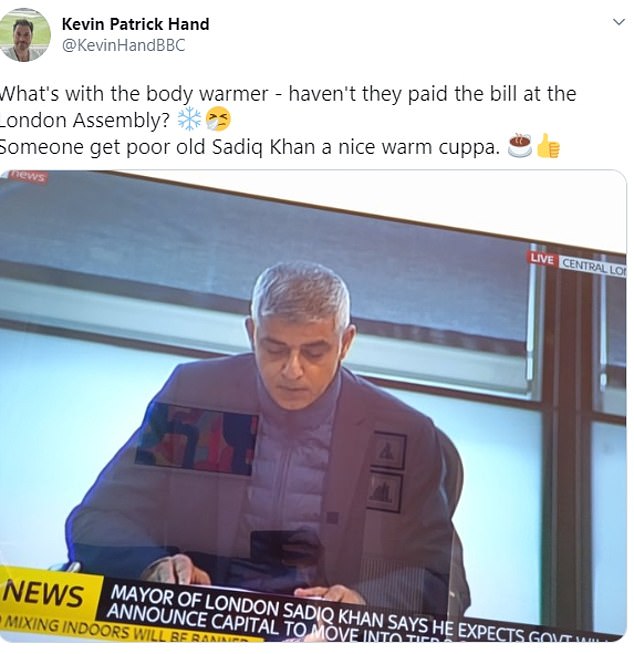 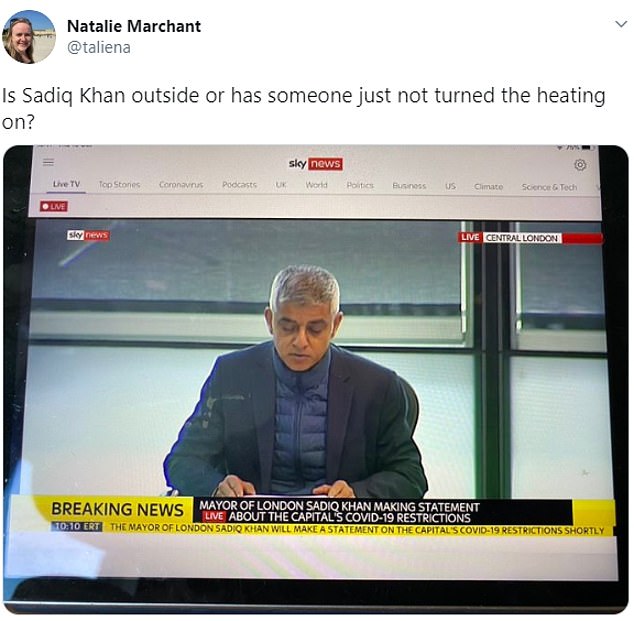 Other people chimed in to ask whether City Hall had paid the heating bill, worrying that the mayor needed a warm cup of tea.

Some compared the layered coat and jacket look to a ‘struggling football manager’ or Tottenham Hotspur’s manager José Mourinho. 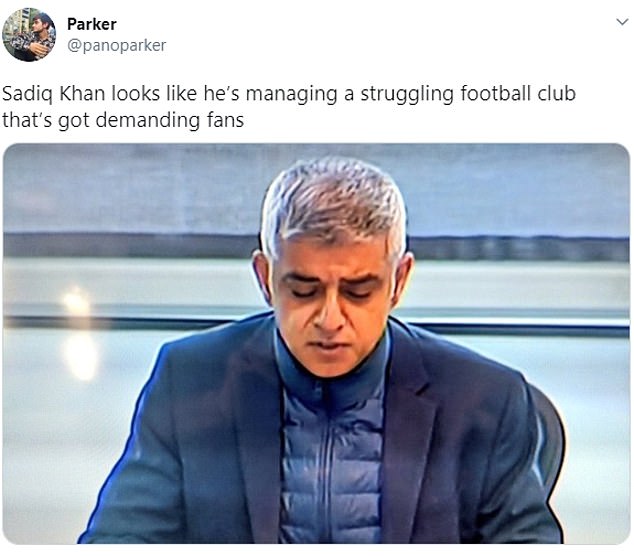 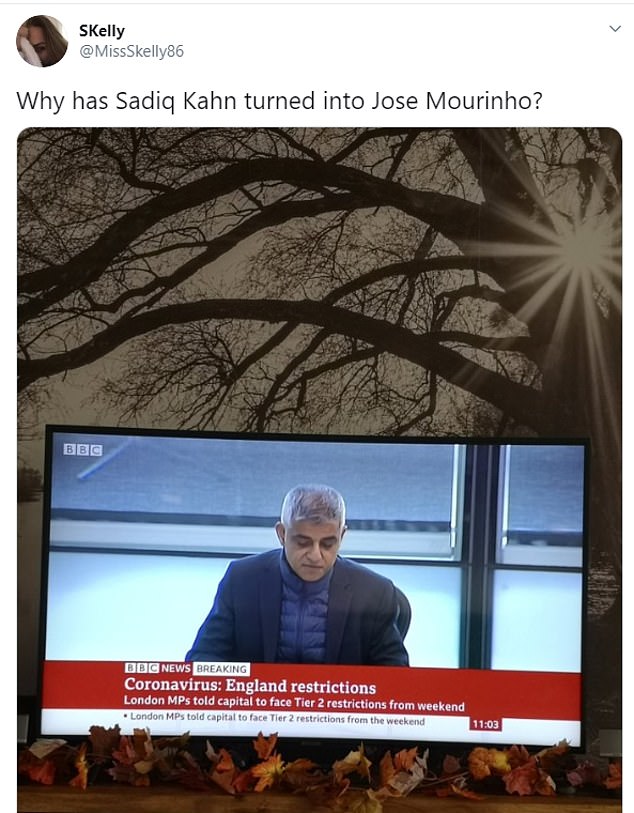 However, social media users were in agreement that the fashion choice was unconventional.

Phil Quirke wrote: ‘The Suit Jacket over the Puffer Jacket is an interesting choice from Sadiq Khan. I wonder if he had to buy a larger Suit Jacket especially!’

London Assembly Member, Caroline Russell, who was at the Mayor’s Question Time in City Hall today suggested that it was in fact the heating that was the issue.

She wrote on Twitter: ‘We all literally have layers of jackets and scarves and Caroline Pidgeon and I have blankets wrapped round our legs. 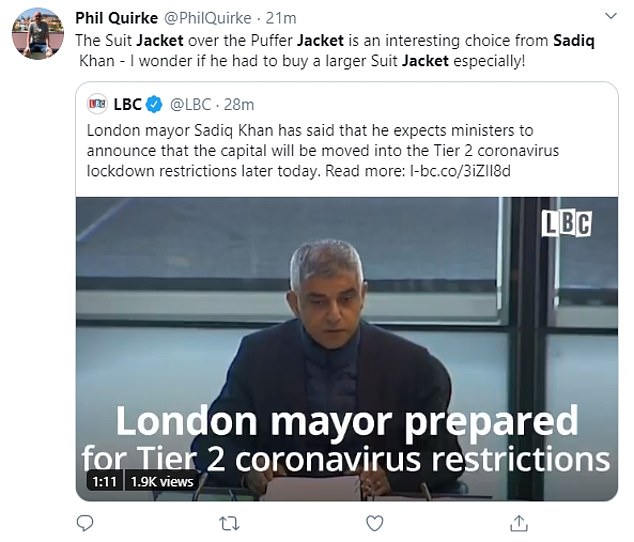 London Assembly Member, Caroline Russell, who was at the Mayor’s Question Time in City Hall today suggested that it was in fact the heating that was the issue

It was announced earlier that the capital will go into a ‘high risk’ Tier Two lockdown from midnight on Friday night after a deal was done with mayor Sadiq Khan.

Mr Khan had been pushing for the capital to be escalated to Tier Two which has the same restrictions as Tier One with a further ban on households mixing indoors.

As of Saturday nine million Londoners will be banned from overnight stays and mixing with other households indoors, including in bars and other venues.

Multiple households can mix outdoors, including in pub and private gardens, but to a maximum of six people.