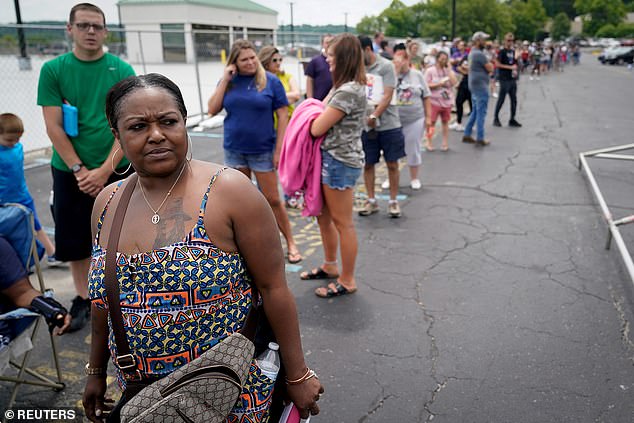 More than a third of Americans now want the government to create more of a social safety net – ensuring health and unemployment benefits – an increase of 40 percent since the coronavirus pandemic came to the US.

As of April, 60 percent of Americans favored universal health insurance, according to a new Johns Hopkins University survey.

Nearly 80 percent of Americans answered that they they want their employers to guarantee two weeks of paid sick leave.

The pandemic seems to have shifted Americans’ priorities and preferences about the involvement of the government in their health and wellbeing.

It comes as President Trump pushes for lawmakers to approve an economic stimulus package even larger than the proposed $1.8 trillion relief bill to assist the tens of millions of Americans who lost their jobs amid the pandemic.

Thousands of people lined up in Kentucky in June to get pandemic unemployment benefits. More than a third of Americans now want expanded benefits to be permanent, including 60 percent who now want universal health care, a new Johns Hopkins University survey found

President Trump’s support of a bigger relief package is out of character for the Republican party (and meeting resistance from its members in the Senate), but may be more in-step with voters, the Johns Hopkins study suggests.

And pleasing the public will undoubtedly be more in the president’s focus than ever, with the election just over two weeks away.

The US is almost notorious for the baffling gap between its spending on health care and its health outcomes.

It spends a larger share of its overall budget on its healthcare system than any other of 11 high-income countries, yet had the lowest life expectancy of any of those nations in 2019, according to a Commonwealth Fund study.

For social welfare spending as a whole, the US falls much lower on down the rankings.

As of 2019, the US spent 18.7 percent of its overall GDP on social welfare, ranking 22 out of 37 high-income nation – below the UK, France, Germany and Japan, and just above Australia and Canada, according to an OECD database.

But the coronavirus pandemic has reshaped, if temporarily, the landscape of American welfare programs. 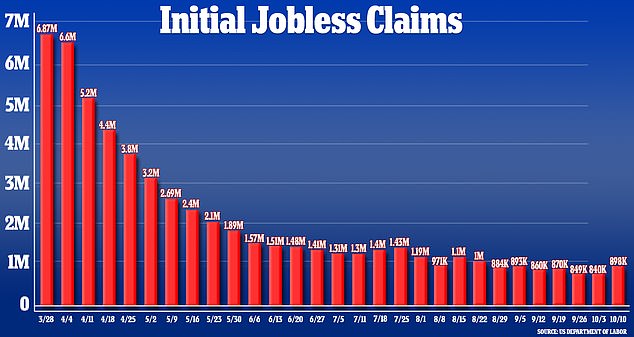 The number of monthly new jobless claims have plummeted from nearly 7 million to about 1 million between March and October. A growing portion of Americans now want benefits such as larger unemployment checks, universal health care and paid sick leave to be permanent 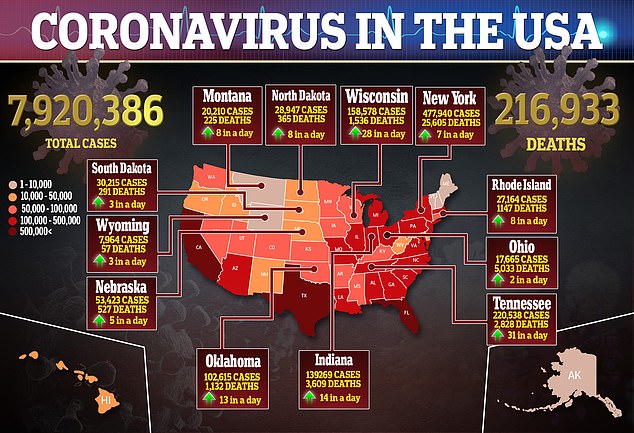 Congress passed three pieces of legislation that provided paid sick days, tax credits for companies that kept their employees on, and $600 more in unemployment benefits per week.

The unemployment benefits for workers out of their jobs due to the pandemic expired in July, but the tax credits will remain in effect until the end of the year.

Despite the resistance to social welfare and the typically free market-minded Republican party’s hold on the Senate and, of course, the presidency, the Johns Hopkins study found Americans would like to keep the social benefits extended to them amid the coronavirus crisis.

‘Critical safety net policies passed in the initial phase of the pandemic are expiring or have expired, and finding common ground on extending them has proved difficult,’ says the lead author, Dr Colleen Barry, of Johns Hopkins’s Bloomberg School.

‘An awareness on the part of policymakers of heightened support for the government aiding individuals and families who have experienced pandemic-related dislocations could make a difference.’

Prior to the pandemic, in September 2019, just 24 percent of Americans said they wanted bigger government that took a more active role in shaping society in the US. 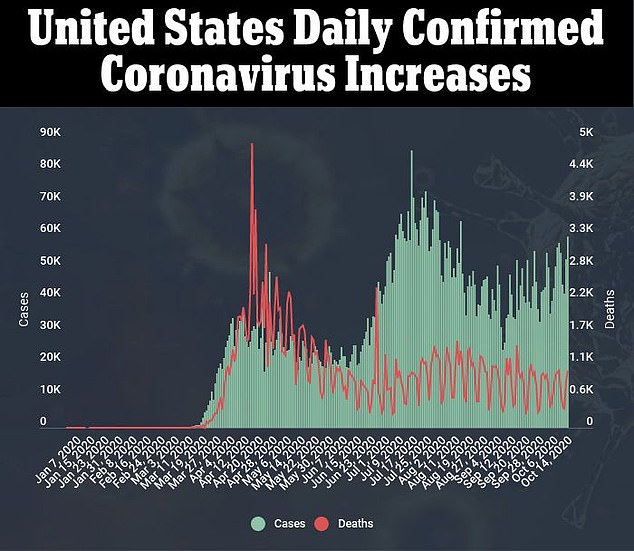 Among that third, 80 percent said they want the federal minimum wage to be raised from $7.25 an hour, 88 percent were in favor of a permanent federally mandated two weeks of paid sick leave, 77 percent wanted employment education and training included in unemployment benefits packaged and 73 percent wanted universal health care.

In summary, they found:

‘As Congress debates continued relief for Americans suffering health and economic consequences from the pandemic, our data shows there is growing support for passing the kind of policies that they have been unable to pass in the last few months,’ said co-author Dr Hahrie Han, PhD, director of the SNF Agora Institute at Johns Hopkins University.