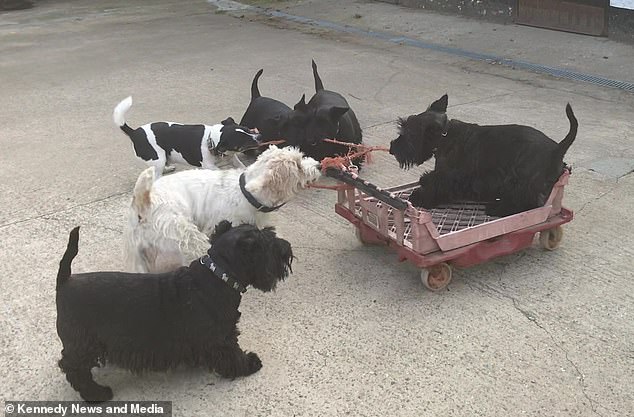 Bark and ride! Squeak the Scottie takes bread trolley for a high-speed spin – with help from his terrier mates

A playful Scottie dog was caught on camera enjoying a ride on his own makeshift fairground waltzer – as his furry friends spun him around at speed.

Owner Lynn Russell, 45, recorded the energetic pack in her backyard in Guildford, Surrey.

Squeak, the 12-year-old Scottish terrier, climbed aboard the bread trolley before it was rotated repeatedly by six other pooches.

In the clip, recorded on September 11, Squeak hops on to the supermarket crate before being spun around for more than 45 seconds.

He is able to keep his balance as he is dragged across the yard by energetic Scotties  Daisy, ten, Chip, eight, Dolly and Dora, both four, – along with five-year-old Sealyham terrier Gladys and eight-year-old Jack Russell Alfie.

The dogs all enthusiastically wag their tails and yap repeatedly as they entertain themselves with their makeshift toy.

Lynn, who works as a horse trainer, said: ‘Squeak’s quite old to be playing around like that, but it keeps him young, doesn’t it. He’s very young at heart.

‘Everything’s just lying around in the yard and they choose to play with what they can find.

Squeak, the 12-year-old Scottie, climbed aboard the bread trolley before he was spun round by his furry friends in Guildford, Surrey 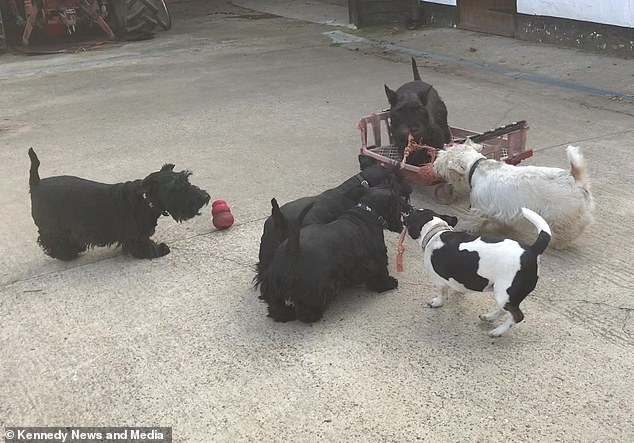 ‘They’re playing on a crate that the bread from the supermarket is delivered on. One of them started it and then the others just joined in. They bounce off each other’s energy.

‘They’re outside all the time on the farm and they love their toys and a bit of attention. They’re always up to something.

‘I’m always trying to find something new that they can play with, and this video’s amused quite a lot of people, so that’s been really nice.’

Lynn says she and her husband of 20 years David Russell, 51, love watching the dogs play in the yard and added that they have kept them company through lockdown. 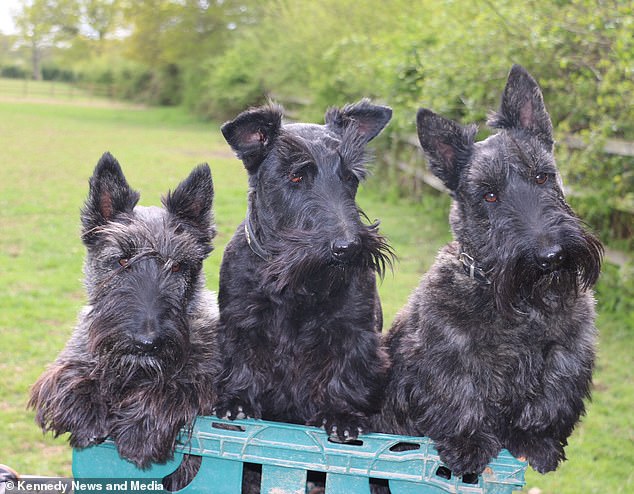 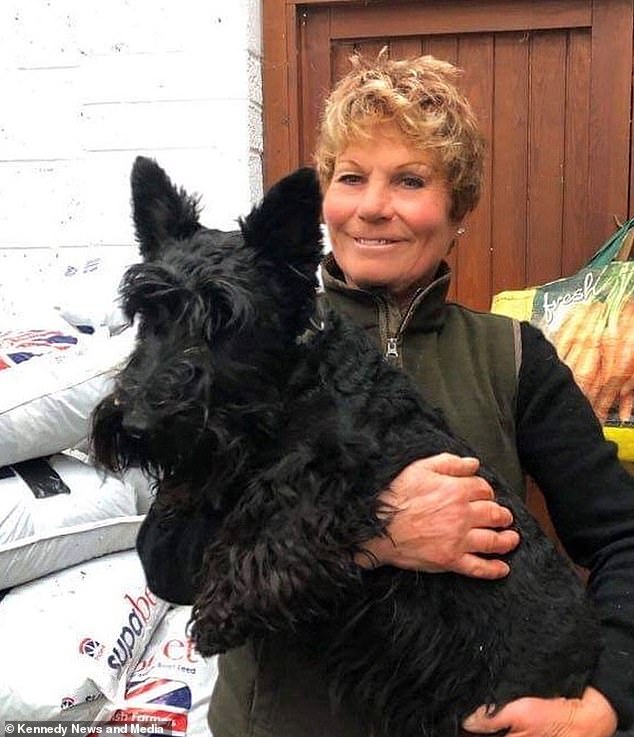 Lynn, who works as a horse trainer, said: ‘Squeak’s quite old to be playing around like that, but it keeps him young doesn’t it. He’s very young at heart’

She has since posted the video to Facebook where it received more than 14,000 reactions and 51,000 shares.

Social media users flocked to the comments to show how much they loved watching their pups’ playful antics.

Beverley Old commented: ‘Absolutely LOVE this, just like a group of kids playing. Well I guess they are your kids, fur kids.’

Andisiwe Jacqueline Ndara said: ‘I’d be dizzy if I was that dog.’