By Charlotte Mitchell For Mailonline

A YouTuber has used artificial intelligence to restore old footage from New York in 1896 and show the city in glorious color.

Shiryaev has amassed a following of 416,000 subscribers on the video platform with his colourized scenes from the past.

In the latest, trams compete for space with horse-drawn carriages at the busy intersection of Broadway and Exchange Alley looking towards Manhattan’s uptown.

The 49-second clip shows men in suits, bowler hats and straw boaters as they cross the busy junction. A restaurant is visible at the left-hand side of the shot, while the spire of Trinity Church is in clear view.

YouTuber Denis Shiryaev has used AI to improve old footage shot in New York in 1896. Color and sound were also added to the clip to replicate the atmosphere of the time 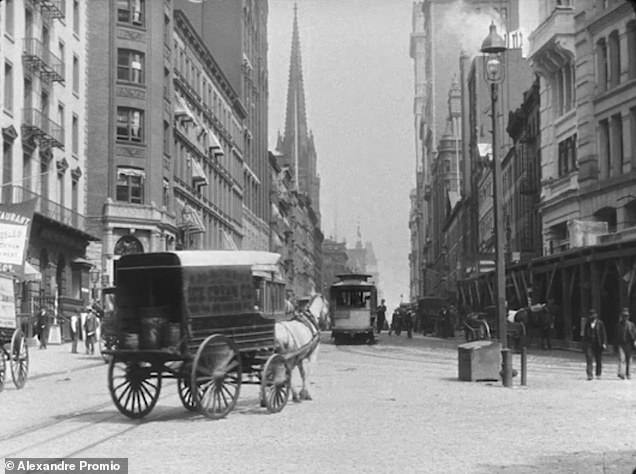 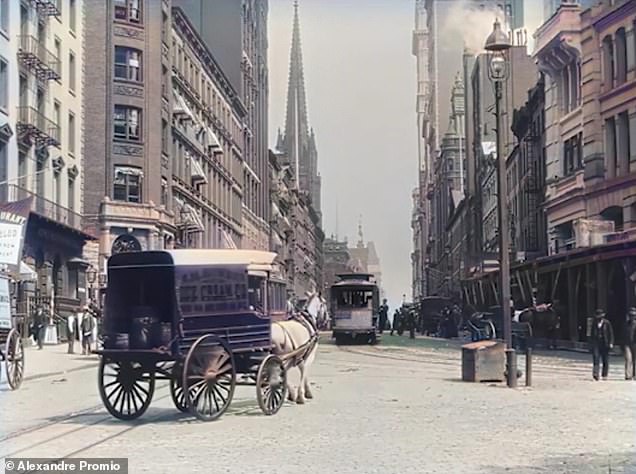 Trams compete with horse-drawn carriages for space on the busy Manhattan intersection. A still of the original black and white footage can be seen next to its upgraded counterpart, which is much sharper and colorized

As well as colour, Shiryaev added sound to the footage to recreate the ambience of the scene.

Tram bells can be heard along with the clip clop of horses hooves on the paved street.

The AI technology can be used for a whole host of tasks such as recognising objects, conducting customer research and forecasting financial sales.

Machine learning has also been used by Shiryaev and others to restore old footage and images.

Photography news site PetaPixel has suggested Shiryaev used Google’s DAIN and Topaz Lab’s Gigapixel AI software to improve the look of a previous video and DeOldify to colorize it. 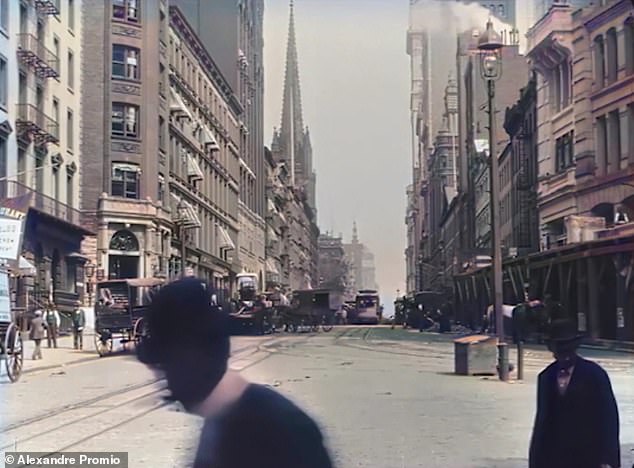 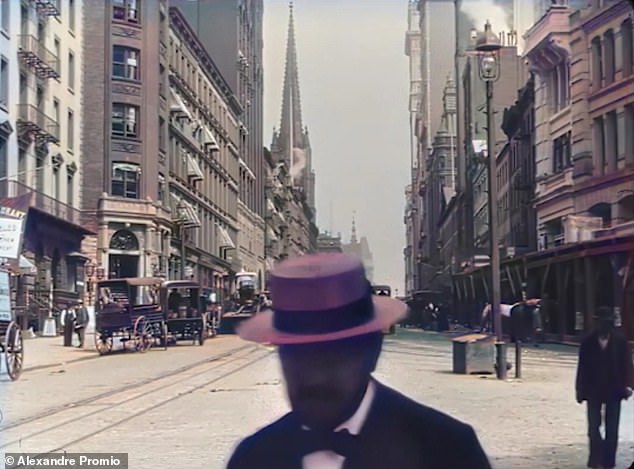 While some of the colors in the video may not be exactly true to life, PetaPixel said the ability to automatically create such watchable upgrades was impressive.

The original footage has also been posted online, showing the same scene in black and white.

In modern times, the interchange has become even busier.

While the trams are long gone, traffic lights, pedestrian crossings and bus lanes have been added to ease the flow of traffic.

Tourists and locals throng to the area, which is home to Manhattan’s world-famous theatre district and close to the island large financial hub at Wall Street. 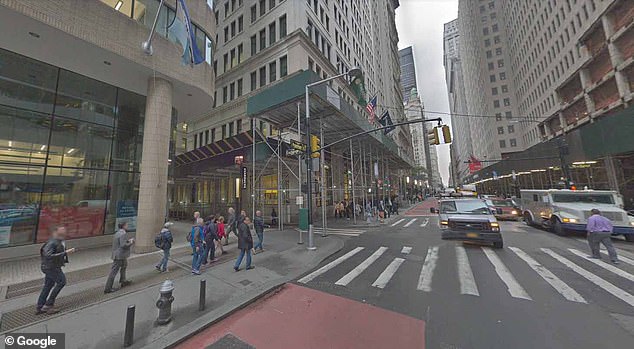 The junction today, seen here form another angle, is even busier. Though the trams have gone, pedestrian crossings, traffic lights and bus lanes have been brought in to control the flow of traffic

Despite all the changes, one recognizable feature in the footage is the gothic-inspired spire of Manhattan’s historic Trinity Church.

Now dwarfed by skyscrapers, the church was the tallest building in the United States until 1869 and kept the title in New York until the New York World Building – also known as the Pulitzer Building – was built in 1890.

Hamilton has become more widely known in recent years as the subject of a hit musical and he is buried near his wife Elizabeth Schuyler and her sister Angelica, both also made famous by the musical.