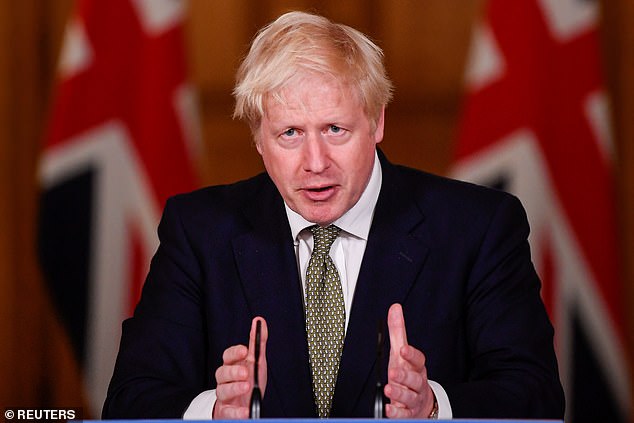 Boris Johnson will today announce whether he is walking away from post-Brexit trade talks with the EU after the bloc said it was up to the UK to compromise and mocked the Prime Minister’s negotiating deadline.

Mr Johnson said he wanted the outline of a deal to be in place by yesterday’s meeting of the European Council but the two sides remain deadlocked on a number of key issues.

The summit concluded with EU leaders agreeing that talks should continue but insisting it is the UK which needs to make the next move if there is to be a deal.

The apparent inflexibility shown by the bloc prompted anger in Westminster as Lord Frost, the UK’s chief negotiator, said he was ‘disappointed’ by the outcome of the summit.

If Mr Johnson does decide to quit the talks it will put the UK and the EU on course to split at the end of the post-Brexit transition period in December without a trade accord.

If he decides to continue with negotiations, despite having set the summit as his deadline, he risks a backlash from Tory Brexiteers who want him to play hardball with the EU. 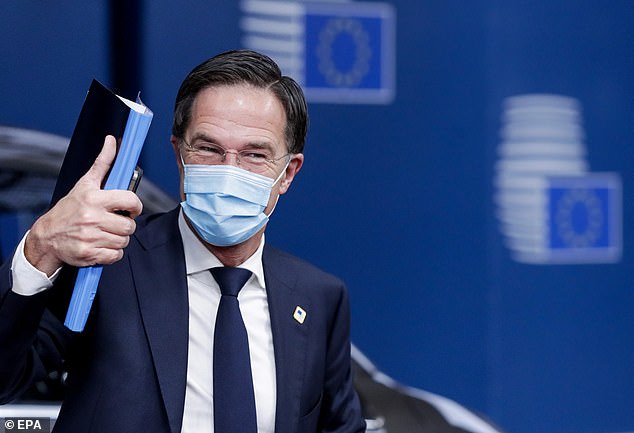 Dutch Prime Minister Mark Rutte appeared to mock Mr Johnson as he said: ‘Britain has already imposed so many deadlines that came and went.’

Mr Johnson suggested last month that both sides should walk away from the talks and prepare for a no deal divorce if there was no agreement by the summit on October 15.

EU leaders refused to bow to the deadline as they signalled their willingness for discussions to continue but gave no ground.

In a text adopted by the leaders on the day of the PM’s deadline, they ‘invited’ the EU’s chief negotiator Michel Barnier to continue talks while urging the UK to ‘make the necessary moves to make an agreement possible’.

Lord Frost branded the response agreed by Brussels ‘unusual’ and said Mr Johnson will set out next steps today.

He tweeted: ‘Disappointed by the European Council conclusions on UK/EU negotiations.

‘(I’m) surprised the EU is no longer committed to working “intensively” to reach a future partnership as agreed with European Commission president Ursula von der Leyen on October 3.

‘Also surprised by the suggestion that to get an agreement all future moves must come from the UK.

‘It’s an unusual approach to conducting a negotiation. Prime Minister Boris Johnson will set out UK reactions and approach tomorrow in the light of his statement of September 7.’

In a call with Ms von der Leyen and European Council president Charles Michel on the eve of the summit, Mr Johnson expressed ‘disappointment’ that the talks had not made more progress.

However, there is scepticism in Brussels that Mr Johnson will deliver on his threat to pull the plug on the negotiations.

Dutch Prime Minister Mark Rutte appeared to mock his counterpart as he said: ‘Britain has already imposed so many deadlines that came and went.’

Meanwhile, Mr Michel told a press conference that Brussels would decide in the coming days, based on the UK’s next proposals, whether a deal is possible.

‘It is the case for fisheries, certainly, and also for level playing field and also governance. 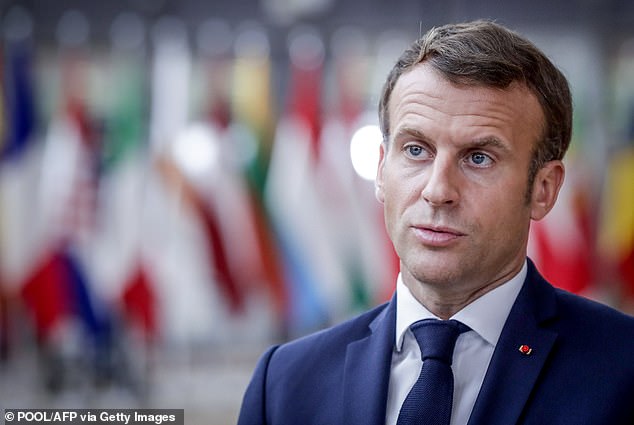 This map shows the extent of the UK’s Exclusive Economic Zone – the waters Britain will take back control of after Brexit. At the moment the EEZ of every EU member state is merged into one large zone which can be accessed by fishermen from all over Europe.

Each country has an Exclusive Economic Zone which can extend up to 200 nautical miles from the coast.

That country has special fishing rights over that area.

However, in the EU each country’s Exclusive Economic Zone is effectively merged into one joint EU zone.

All fishing activity within that zone is then regulated by the bloc’s controversial Common Fisheries Policy which dictates how many of each type of fish can be caught.

The joint EU zone is open to fishermen from every member state.

But after the Brexit transition period the UK will regain sole control of its Exclusive Economic Zone and will be able to decide which countries can fish there and how much they can catch.

Both sides want a deal to be agreed before the winter in order to allow time for it to be ratified and implemented before the end of the transition period.

Should no agreement be struck then the UK will trade with the bloc on World Trade Organisation terms from January 2021.

The Government has described this approach as an Australia-style arrangement.

Australia has no comprehensive trade deal with the EU but it also does far less business with Brussels than the UK.

A no deal split would see the EU impose tariffs on UK goods, with business groups warning this would damage British firms at a time when they can least afford it because of the coronavirus crisis.

The UK and the EU have acknowledged that the question of post-Brexit fishing rights remains among the most difficult issues to be resolved.

French President Emmanuel Macron, who is under pressure from fishermen in his country who fear losing access to British waters, yesterday stuck to his hardline on the issue.

‘Under any circumstance, our fishermen should not be sacrificed for Brexit,’ he said.

‘If these conditions are not met, it’s possible we won’t have a deal. If the right terms can’t be found at the end of these discussions, we’re ready for a no-deal for our future relations.’

He told BBC Radio 4’s Today programme: ‘There’s a deal to be done, but there needs to be flexibility on both sides, energy and goodwill and political will on both sides, and the Prime Minister will say more (today).’

He said the Government was ‘surprised by the attitude and the disposition’ of the European Council.

He added: ‘I’m surprised and disappointed by the lack of flexibility and will that at least seems to have come out of the European Council.’