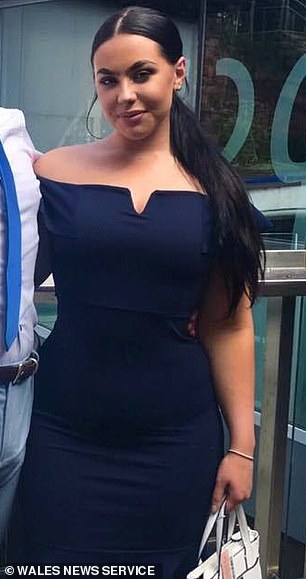 Clubber, 20, who called love rival a ‘desperate sl*g’ then smashed a gin glass in her face in dancefloor bust-up over her dating an ex must pay victim’s £6,000 plastic surgery bill to fix scars

Hollie Belfield (pictured above), 20, has been ordered to pay her victim’s plastic surgery bill after the assault in North Wales last year

A clubber who called her love rival a ‘desperate sl*g’ before smashing a gin glass in her face in a dancefloor bust-up must pay her victim’s £6,000 plastic surgery bill.

Hollie Belfield, 20, hurled abuse at the nurse on the dancefloor and slapped the woman across the face then plunged her gin glass into her chest.

The unsuspecting woman, who is dating Belfield’s ex-boyfriend, needed surgery for her wounds and is scarred for life.

Belfield had never met the victim before but flew into a rage at the bar in Wrexham, North Wales, in front of shocked revellers.

Prosecutor Brian Treadwell said CCTV footage captured the moment the victim attempted to push away Belfield before she was glassed.

Caernarfon Crown Court heard the woman was treated at the hospital where she works and suffers anxiety after the attack.

The attack was said to have taken place at the Ironworks bar in October last year.

Belfield from Penley, near Wrexham, was handed a two-year suspended sentence for unlawful wounding.

Judge Nicola Jones said: ‘Your victim still requires further treatment and surgeries in relation to the scarring – some of this is not available on the NHS and she has had to fund that herself through a payment plan.

‘It has affected her work because she was treated in the hospital where she works and she felt great shame that the people who she classed as workmates had to care for her in these circumstances.

‘It has also affected her socialising for obvious reasons.

‘Regardless of surgery, the scarring will be with her for life and that clearly has impacted upon her. 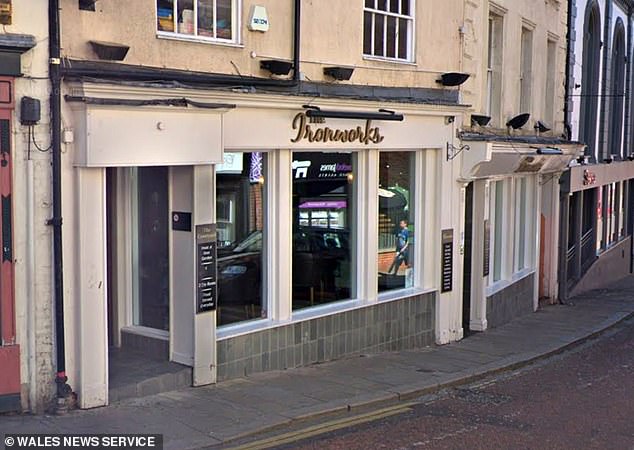 The attack was said to have taken place at the Ironworks bar (pictured above) in October last year. Belfield had never met the victim before but flew into a rage at the venue 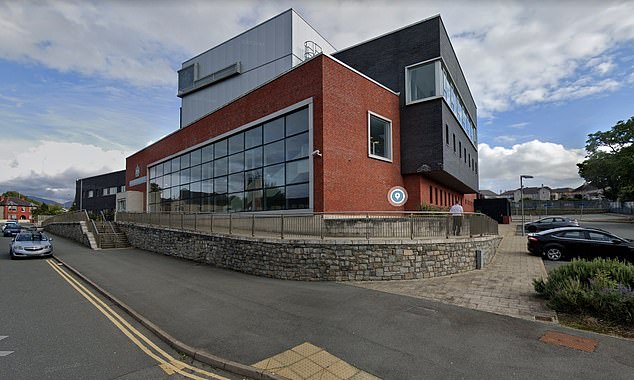 Caernarfon Crown Court (above) heard the victim was treated at the hospital where she works. Belfield was ordered to complete 300 hours of unpaid work (file photo)

‘She is a very attractive, young woman who takes pride in her appearance and for the rest of her life she will have to work around the scarring on her body.

‘She’s still frightened of you.’

Belfield was ordered to complete 300 hours unpaid work and to pay £6,695 to the victim to help fund medical expenses not covered by the NHS.