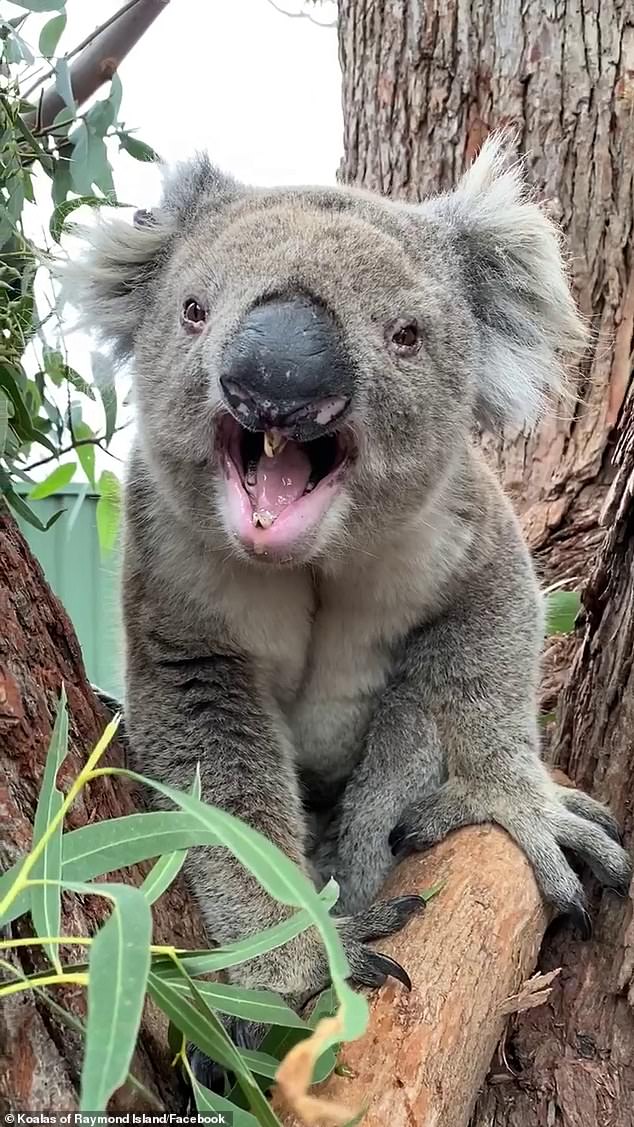 Ever wonder what a koala sounds like? Gentle giant named George ROARS when he smells a rival male

The hilarious moment a koala named George roars at a rival male introduced into his pen has been captured on video.

George, who is an elderly koala aged 10 or 11, bellowed at the Koalas of Raymond Island shelter in the Gippsland Lakes, 300km east of Melbourne.

Koalas of Raymond Island posted a video of George roaring to Facebook on Wednesday.

‘Our gentle giant George was not happy when he could smell our newest koala in care Ivan,’ the post was captioned.

George (pictured), who is an elderly koala aged 10 or 11, made the ‘unhappy’ bellow at the Koalas of Raymond Island shelter in the Gippsland Lakes, 300km east of Melbourne

In the clip, George makes a screechy roar that sounded like a cross between a snore and a burp.

Speaking to Daily Mail Australia, Koalas of Raymond Island Shelley Robinson explained their shelter is currently over-capacity and they tried to put George and Ivan in the same pen.

‘We had George in our care. He is quite an elderly koala who had been beat up and chased by a couple of other males so we took him in,’ she said.

‘We had another rescue Ivan but we’re at capacity so we brought Ivan down to see if they were compatible. But George was not happy! They’re both from same area, so Ivan may have been one of the offenders of beating George up.

‘We can rarely put dominant males together, we can’t put them with females or joeys either, so it’s tricky.’

Ivan is aged five to six and much younger than George.

‘He’s (Ivan has) come into care because he looked like he was quite under nourished and he may have kidney issues,’ Ms Robinson said.

‘He’s come in for surveillance. Excessive drinking was a big issue and he was stuck on the ground, curled up not attempting to climb trees when we found him, which is not a good sign.’

Koalas drink little to no water in the wild as they get most of their hydration from Eucalyptus leaves. Excessive drinking can be fatal for koalas. 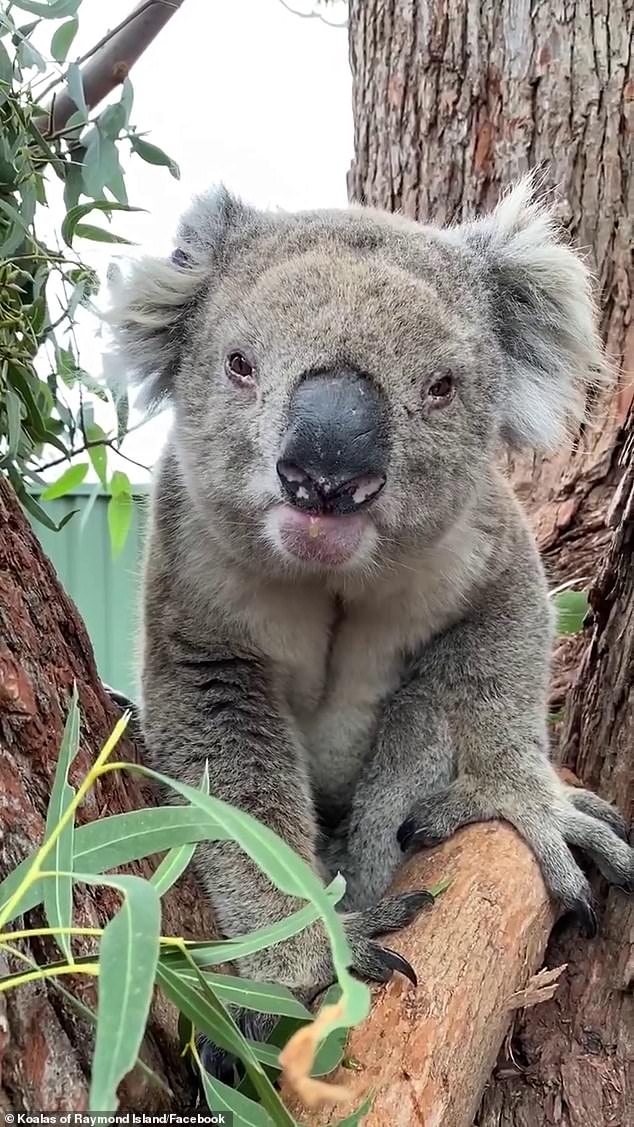 George was living in the pre-release pen (pictured) at Koalas of Raymond Island, which is more spacious than other enclosures. Since the shelter is at capacity, carers attempted to see if George would accept a fellow male into his enclosure

George was living in a spacious pre-release pen when Ivan arrived but due to the older koala’s rejection, Ivan spent Tuesday night in a bird aviary.

The koalas have now switched places since Ivan is more active than George, and therefore requires more space in the pre-release pen.

Koalas of Raymond Island only has capacity for four to five koalas but they are currently looking after seven, which is well over capacity.

‘We have seven in our care but we’re hoping to release one tomorrow. Cases range from starvation, abandoned joeys and dog attacks,’ Ms Robinson said.

‘We operate entirely on donated funds and fundraising. We’re currently funding to build additional closures and another pre-release pen.

‘One of the things people can do to help is like our Facebook page to stay up to date. There are bank account details there to donate. We are also in the process of setting up a website but we need funding for that as well.’

Koalas of Raymond Island is a not-for-profit organisation that is run by four volunteer carers.

Anyone who wishes to donate to Koalas of Raymond Island can find more details on their official Facebook page. 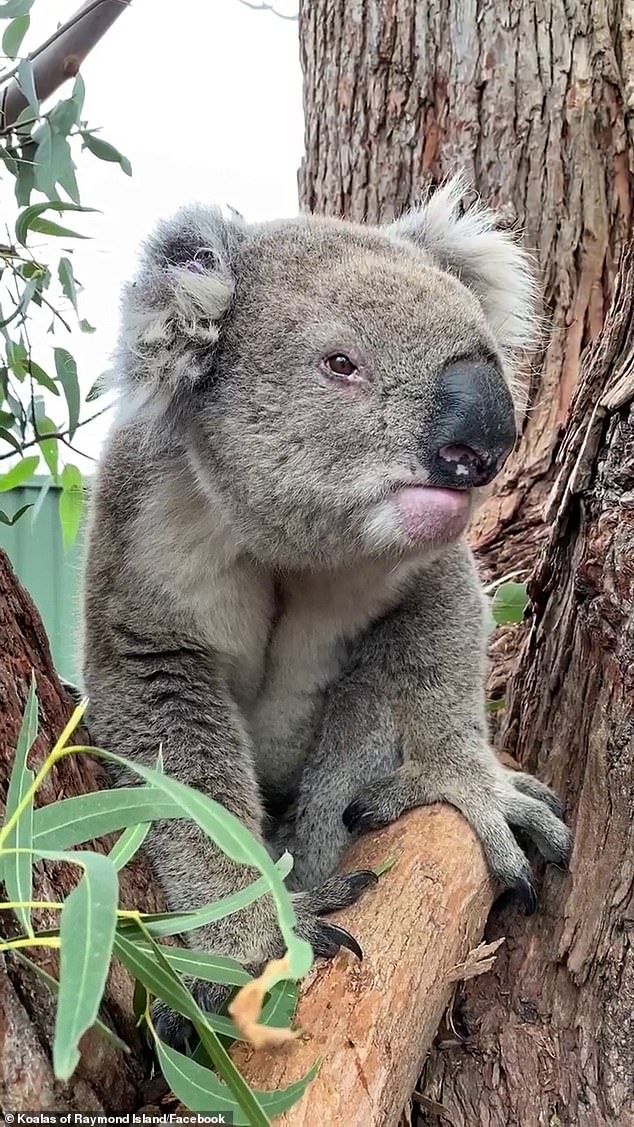 George will temporarily stay in the bird aviary until there is room for him to move back into a larger enclosure. Koalas of Raymond Island is calling for more funding so koalas like George have more room while in their care