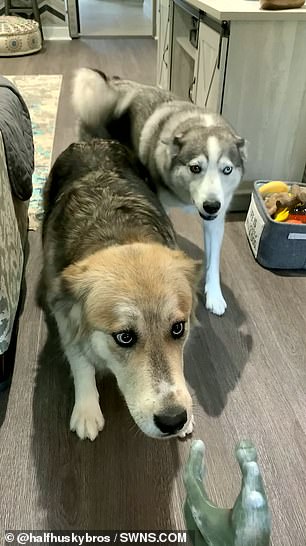 Take me to your lead-er! Hilarious moment two dogs are spooked by robotic ‘alien’ Halloween decoration

A pair of Husky crossbreeds were less than impressed when their owner introduced them to a robotic alien Halloween decoration.

Husky and Eskimo mix Champ, five, and Husky and Golden Retriever mix Tyson, three, were caught on camera cautiously approaching the 2ft-tall animatronic figure before barking the house down.

Owner Kelly Boccieri, a social media influencer from New York City, could not control her giggles at their dramatic reaction. 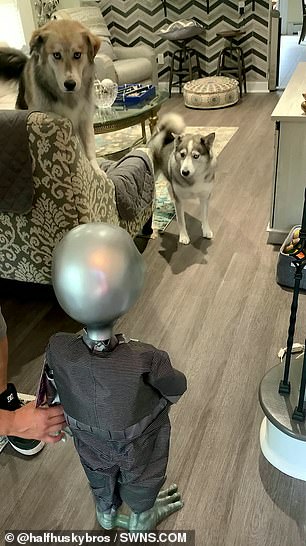 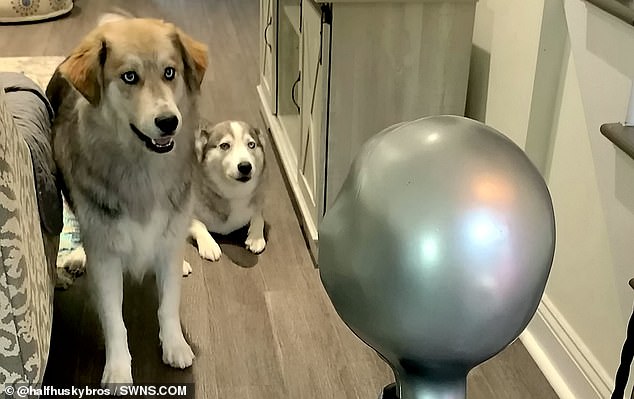 In the clip, the two furry friends walk slowly toward the robot as Kelly introduces it as a new ‘friend’.

But the Husky crosses seem dubious as they stare fixedly at the animated toy.

Kelly then turns the robotic alien on, which prompts a series of automated sounds, much to the distress of the timid pooches.

They scarper backwards and begin to bark from across the room as they scramble to hide behind the sofa.

Kelly continues to offer encouragement to the cowardly pair as Tyson approaches the robot and sniffs it tentatively.

But the Huskies remain undecided about the unexpected visitor, which also boasts glowing green LED ‘eyes’. 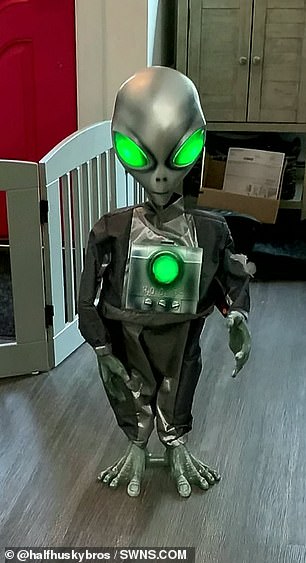 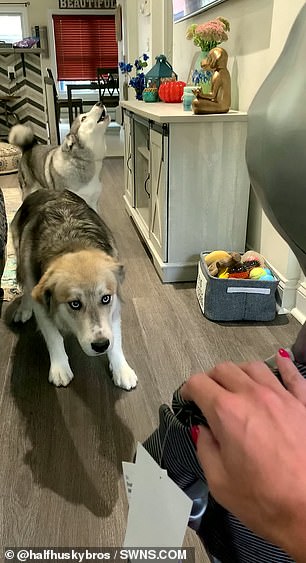 Kelly then turns the robotic alien on, which prompts a series of automated sounds, much to the distress of the timid pooches who remain undecided about the unexpected visitor 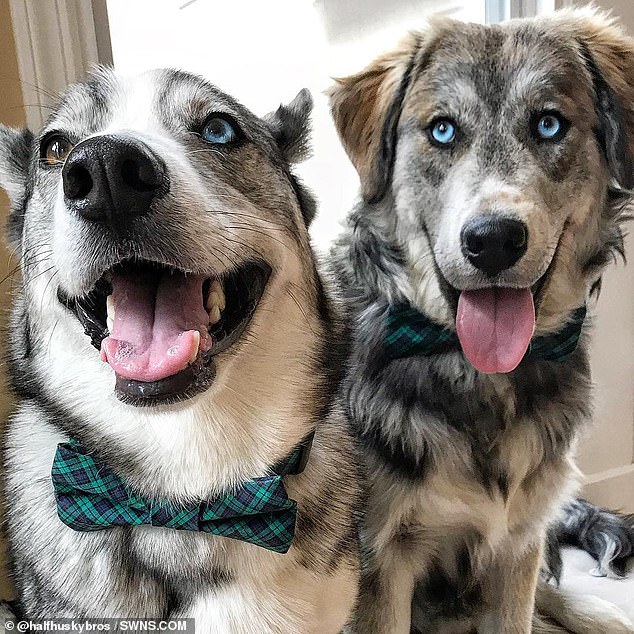 The pair of pooches have their own Instagram page, @halfhuskybros, which boasts more than 160,000 followers

Kelly later said: ‘We just got home from buying Halloween decorations and the dogs must have thought we brought home a new friend.

‘I couldn’t stop laughing. It’s fun to see my dogs react to things’

The pair of pooches even have their own Instagram page, @halfhuskybros, which boasts more than 160,000 followers.