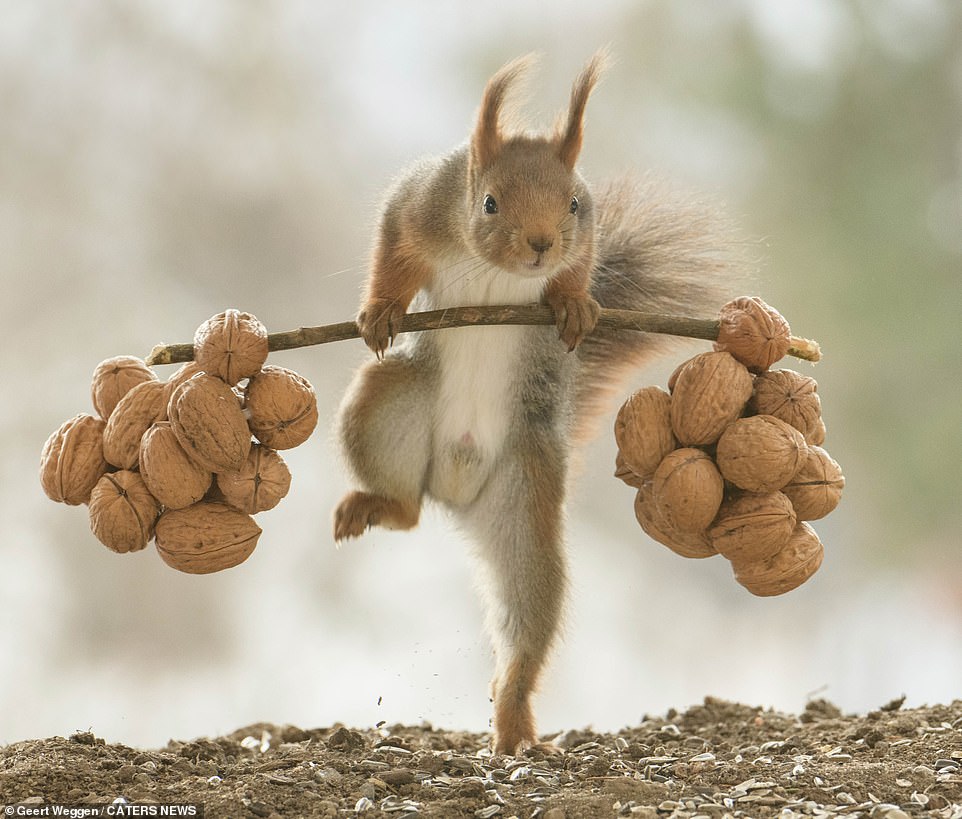 I want to be a squirrel chip-HUNK: Rodent goes nuts for weightlifting

These squirrels show off their power in these hilarious photographs – in which they look like they’re weight-lifting their snacks.

Geert Weggen, 52, took the pictures in a forest near his home in Bispgarden, Sweden, after cleverly creating the scene with nuts to attract the brawny red squirrels.

He said: ‘I created a place outside and put up the scene with the nuts. Squirrels visit my garden every day searching for food I hide or lay out. It took me some days to capture these photos and they were taken from a three meter distance.’

Weggen said that he attached clusters of nuts to a twig and hung it in the air.  Above the ‘barbell’, he hung some food so the creatures had to grab the twig and climb it to get to it. 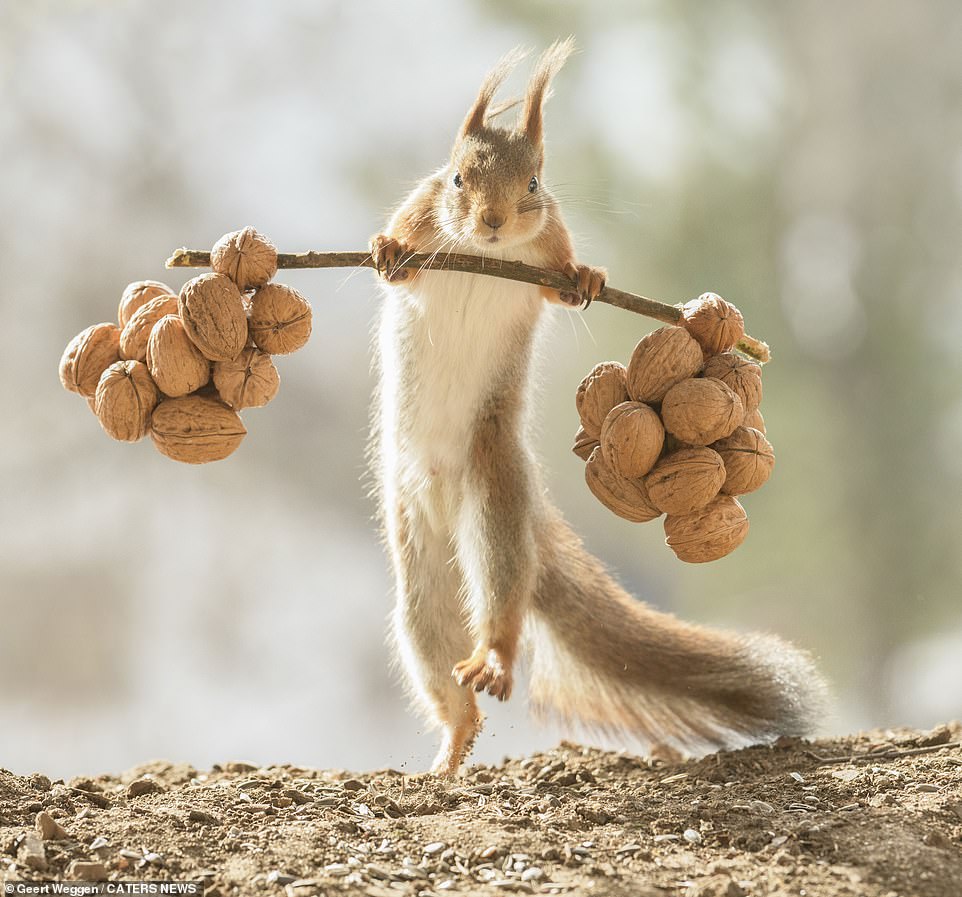 Weggen hung food above the ‘weight bar’ to attract the squirrels, and they had to climb the twig to reach it 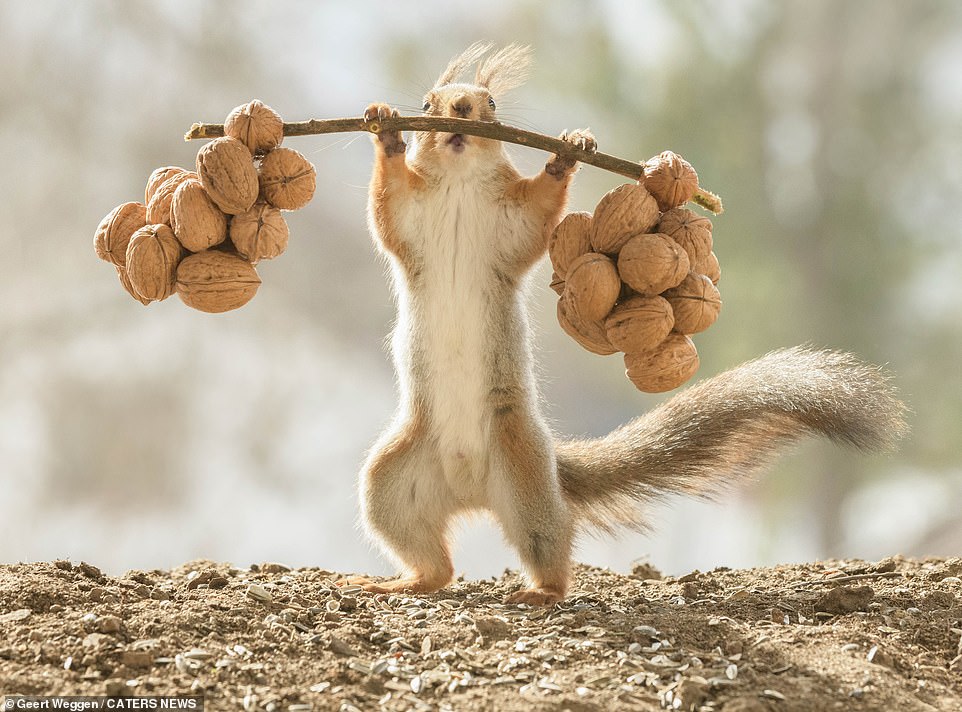 Though the images appear to show the creatures lifting the bar, the shots actually show them climbing it 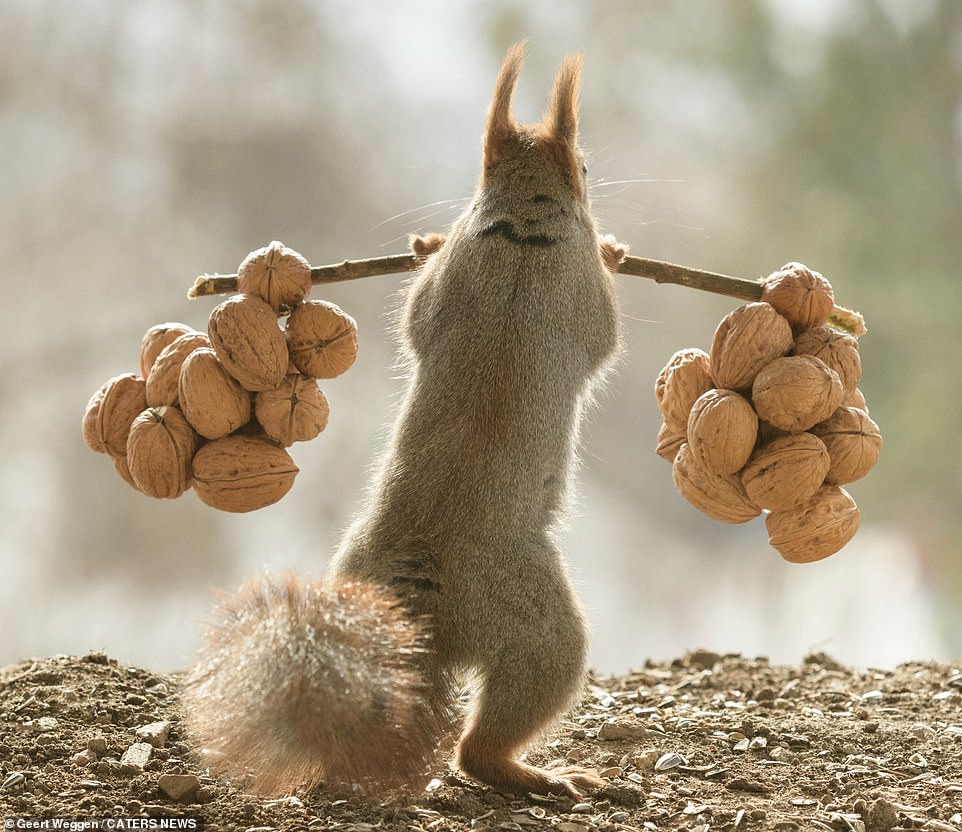 Weggen said there were around six red squirrels living in the wooded area near his home. He added that he leaves food out for the creatures 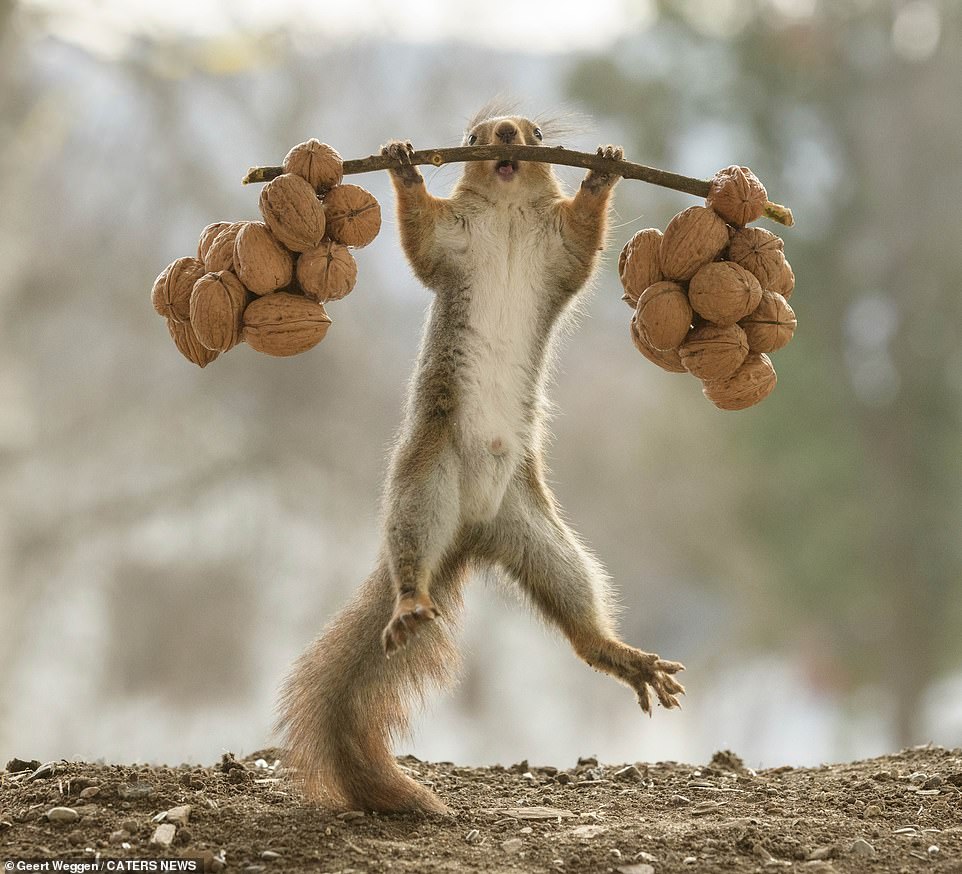 Pictured: This image shows the squirrel trying to climb the twig to get the food hanging above in Bispgarden, Sweden 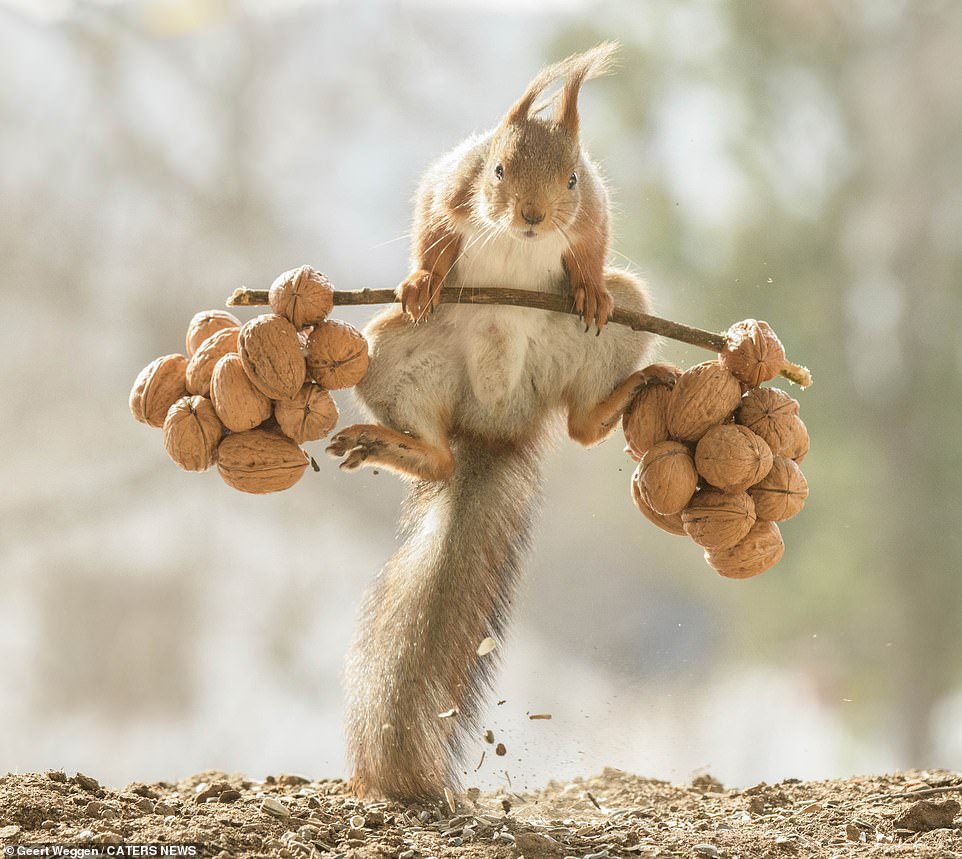 One red squirrel can be seen hopping up on to the hanging twig to fetch the food dangling above in Bispgarden, Sweden