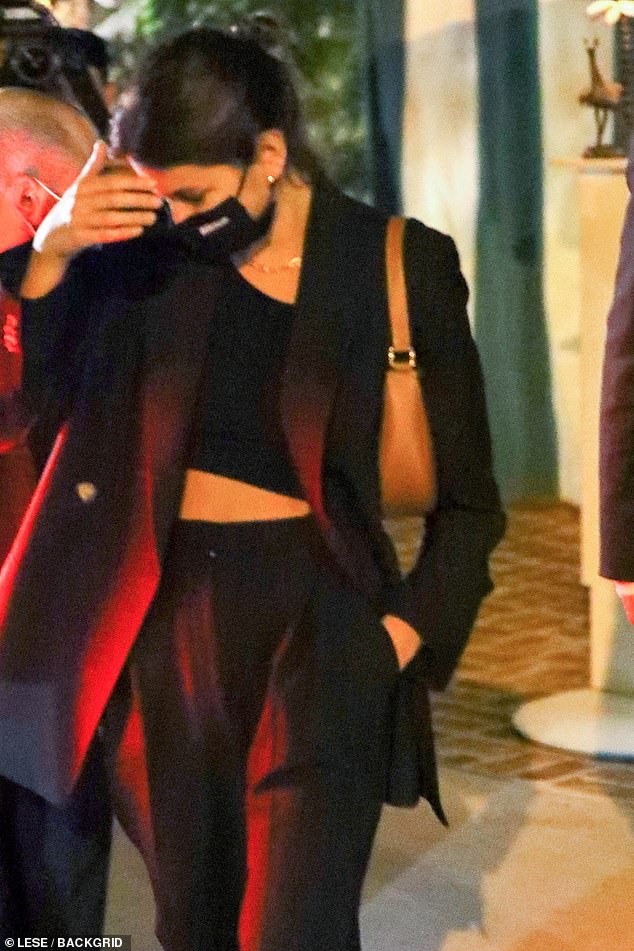 Kaia Gerber was seen picking up some lunch to go in Malibu on Thursday with new beau Jacob Elordi.

Just hours later, the 19-year-old model showed her shy side when she made a conscious effort to hide her face as she walked out of a restaurant after dinner.

The daughter of legendary supermodel Cindy Crawford put her right hand in front of her eyes and kept her head down from the moment she stepped out of the exit door and made her way to her awaiting vehicle.

Shy role: Kaia Gerber, 19, tried to keep a low profile when she stepped out for dinner in Los Angeles on Thursday night

Gerber was the picture of chic style dressed in black slacks and a matching blazer over a black crop top that revealed her toned midriff.

She also wore a pair of black leather flats and pulled her dark brown tresses into a bun.

With the COVID-19 pandemic still raging in the Golden State, the Los Angeles native also donned a black protective mask, which is in accordance to health and safety protocols. 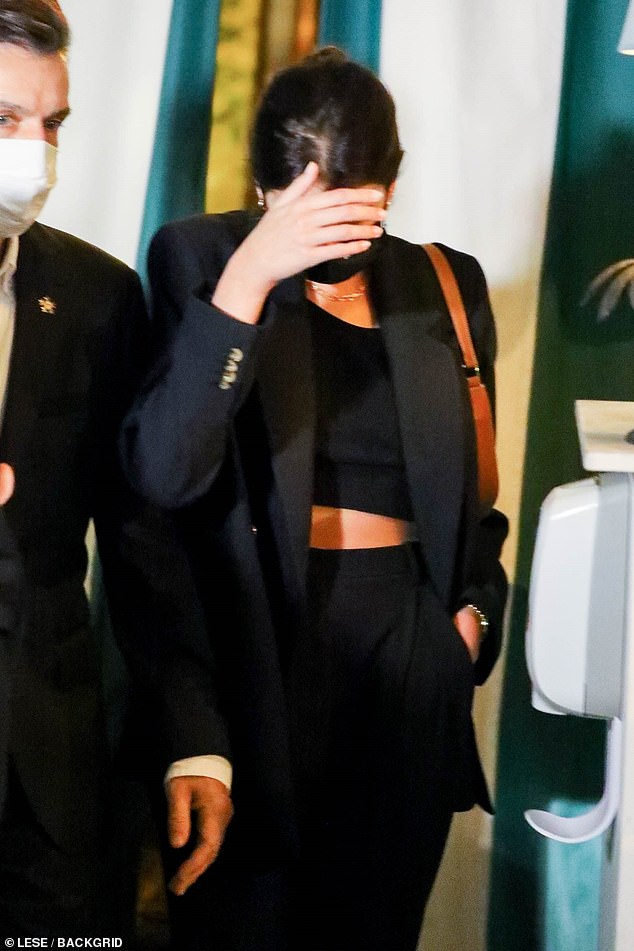 Fashionista: Gerber was the picture of chic style dressed in black slacks and a matching blazer over a black crop top that revealed her toned midriff 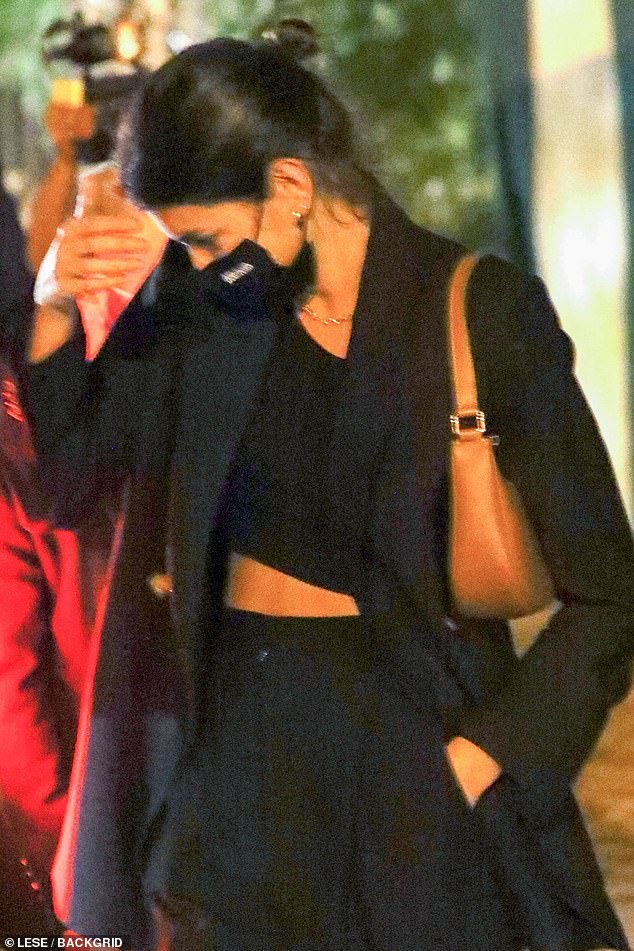 While Gerber is known for hitting the catwalk and gracing the covers of high-fashion magazines, Elordi started making waves in Hollywood with his role in the 2018 teen romantic comedy film The Kissing Booth.

The following year the Australian actor garnered even more recognition in the hit teen drama series Euphoria, which has seen production for the second season delayed due to the coronavirus crisis.

Talk of the couple’s romance began swirling in early September after they were spotted on an apparent date following Elordi’s rumored breakup with Euphoria co-star Zendaya. 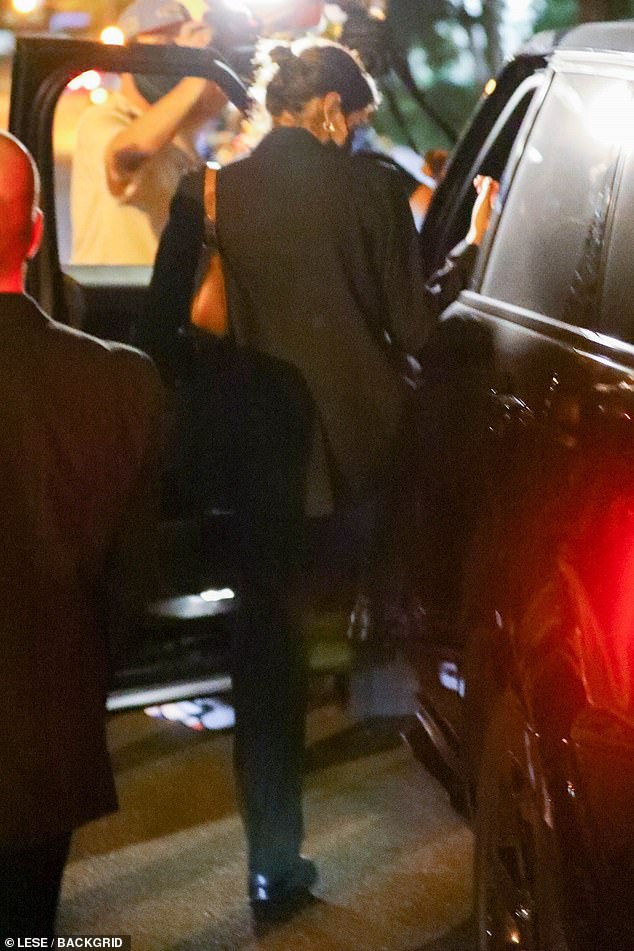 On the go: The daughter of legendary supermodel Cindy Crawford eventually hopped into the driver’s seat of her awaiting SUV and drove off 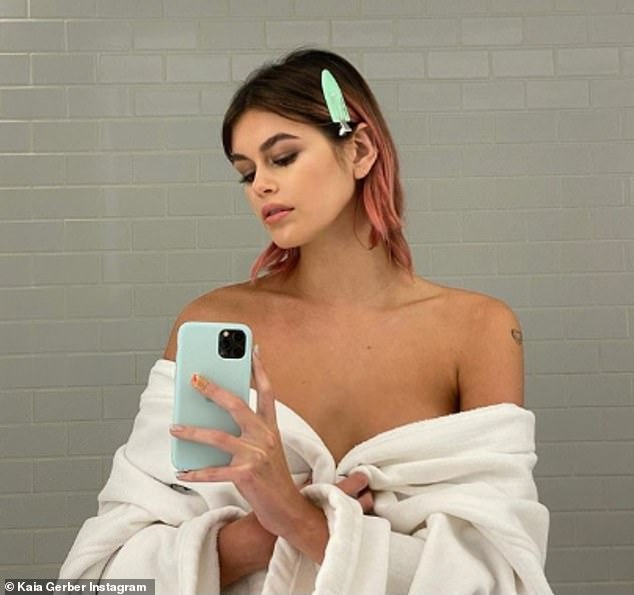 Following her mother’s lead: The daughter of legendary supermodel Cindy Crawford has been making waves as an in-demand model the last three years

The new couple have since been seen packing on the PDA while out and about in New York City, and most recently in Los Angeles, where they recently relocated.

A third installment, shot back-to-back with the first sequel, is slated to be released in 2021. 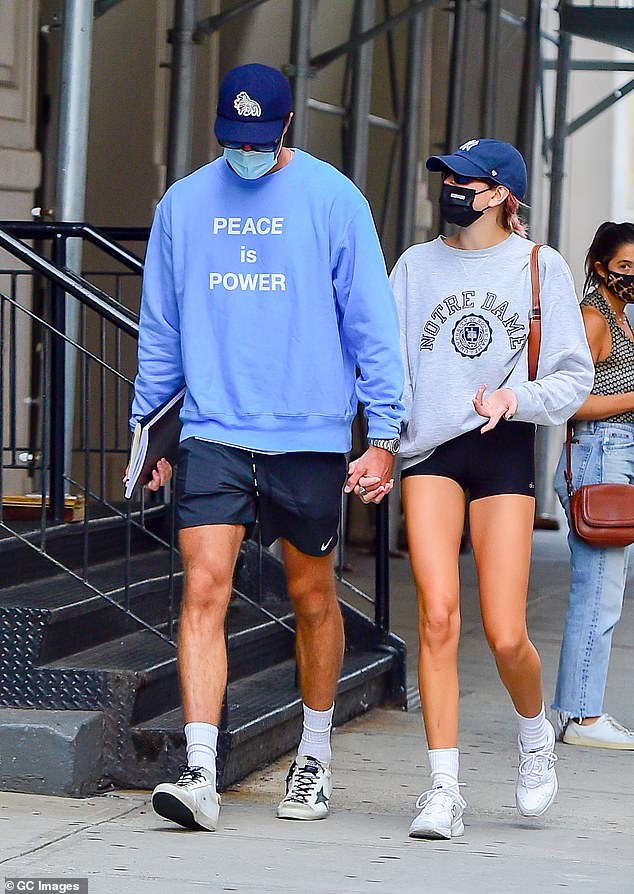 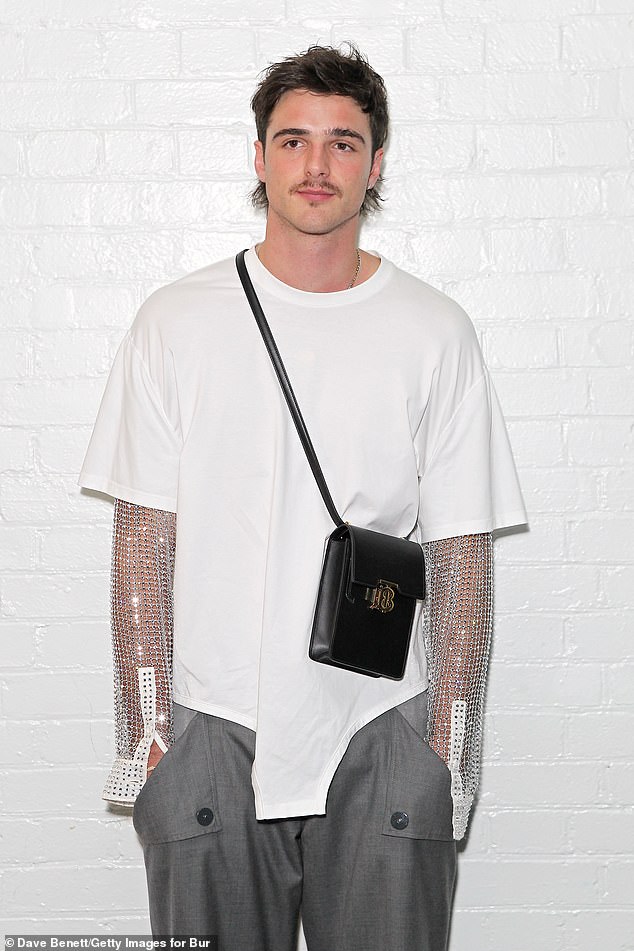 Making his mark: The Australian actor is best known for his roles in The Kissing Booth films  (2018 and 2020) and the hit HBO TV series Euphoria (2019-present)