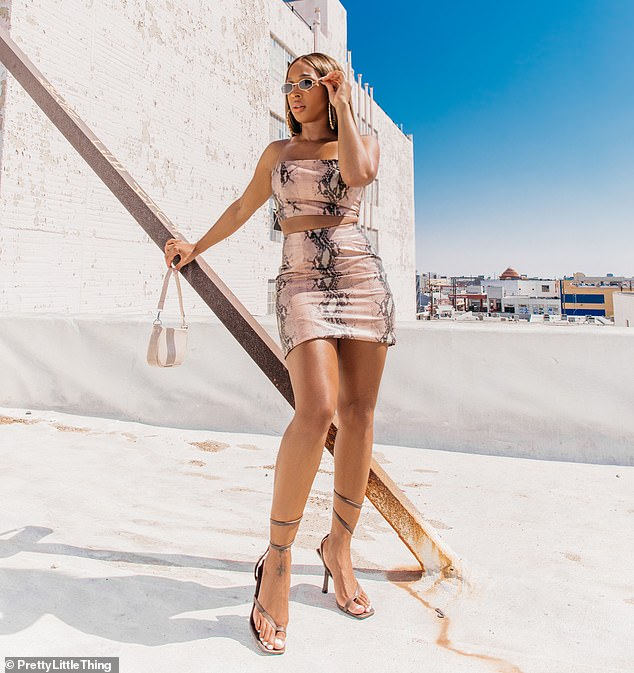 Khloe Kardashian’s best friend Malika Haqq showed off her stunning new range in collaboration with PrettyLittleThing in a new shoot which was released on Friday.

The model, 37,  posed up a storm on a sunny rooftop in Los Angeles, looking body confident in a series of show-stoppers.

One knockout look was a snakeprint crop top and mini skirt co-ord which showed off her long legs and toned tummy.

Looking good: Malika Haqq showed off her sensational figure as she modelled a variety of sexy ensembles on a sunny rooftop in LA to promote her PrettyLittleThing range

And another was a peach, cream and black mini dress which was strapless in design, She teamed it with a cover-up which she whipped off for further glamour.

Malika also wore a bright red form-fitting mini dress teamed with thigh-high white boots. as well as a mint green number as she perched on a ledge.

She showed off her ample assets going braless under a plunging white jacket. 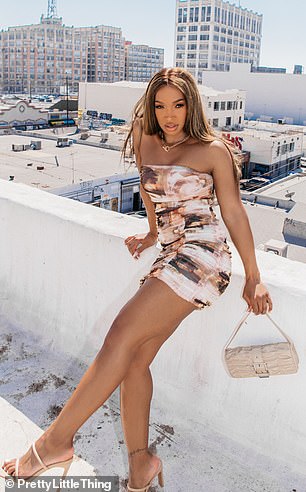 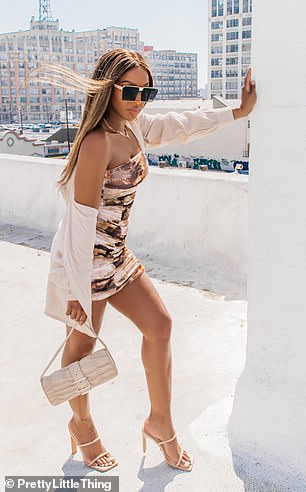 Mom’s the word: Malika gave birth to her son Ace seven months ago and looked incredible in a cream and black mini dress which was strapless in design 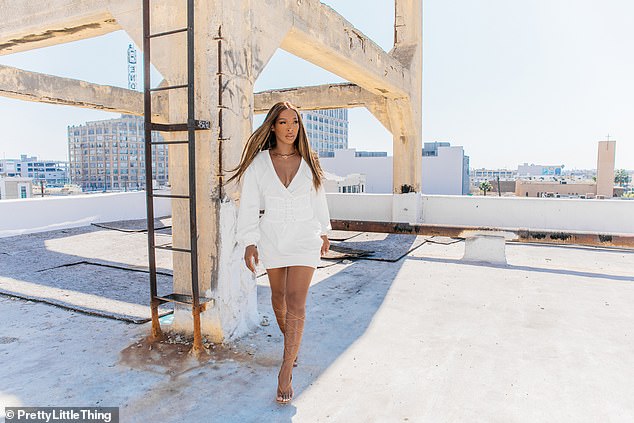 Showing some skin: She put on a leggy display in a white plunging mini dress and killer heels as she strutted her stuff across the rooftop

While her fashion range is sure to be a big hit, Malika has been documenting issues in her private life on Keeping Up With The Kardashians.

Khloe, 36, was ready to support her after she received some disturbing news about her ex-boyfriend and father to her then unborn child, O.T. Genasis. 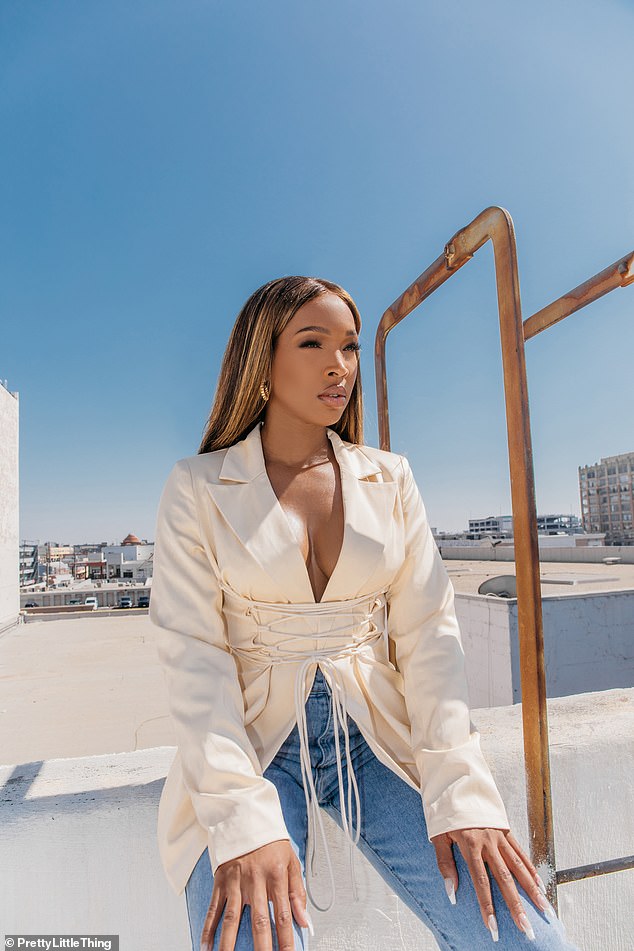 Criss-cross: She went braless under a white blazer which she teamed with jeans

Every angle: She put her best foot forward teaming her ensemble with a pair of sandals which tied up the leg 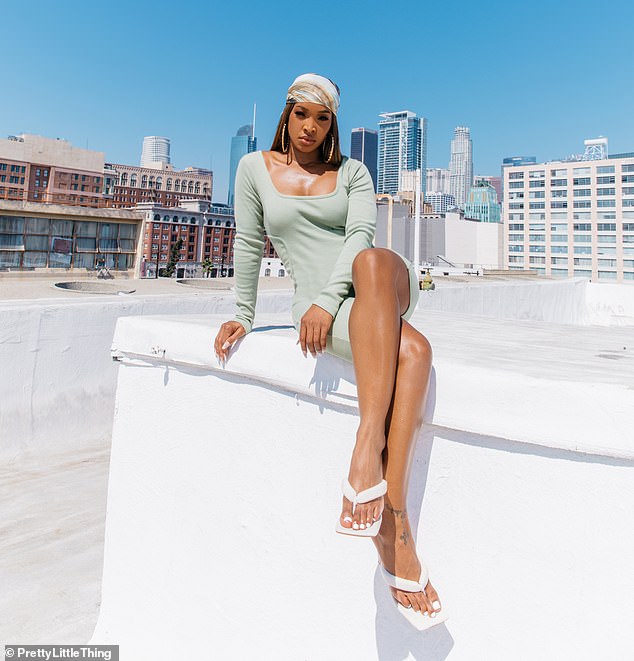 Don’t look down: She changed into a stunning mint green number as she posed on a ledge

Malika was scanning her phone when a DM came through where a user tried to call out her ex, but the reality star was not interested in listening to the words.

‘I just randomly checked my DM’s and this girl DM-ed me,’ Malika told Khloe as she lounged on a bed in a silky dress. ‘It was a screenshot of OT in some other girl’s DM.’

Malika dated O.T. — who’s full name is Odis Flores — off and on for a few years before they went their separate ways romantically despite her pregnancy. 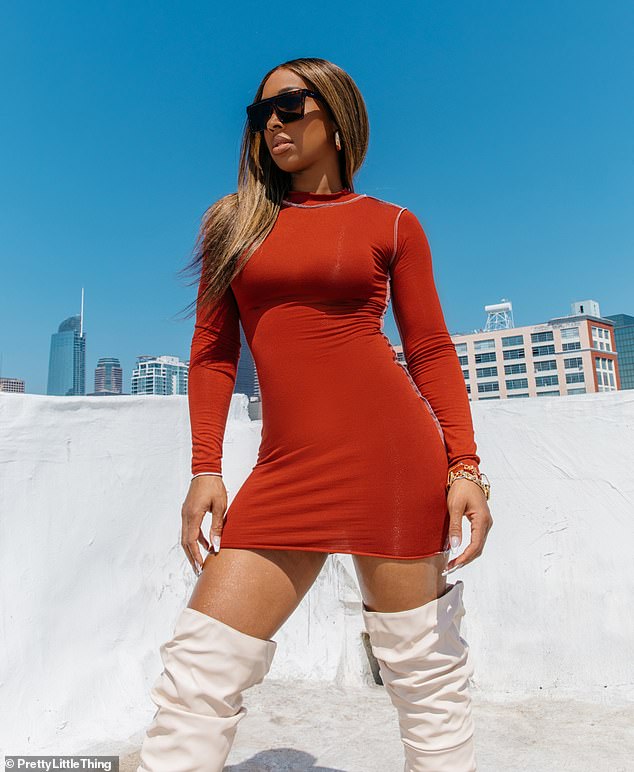 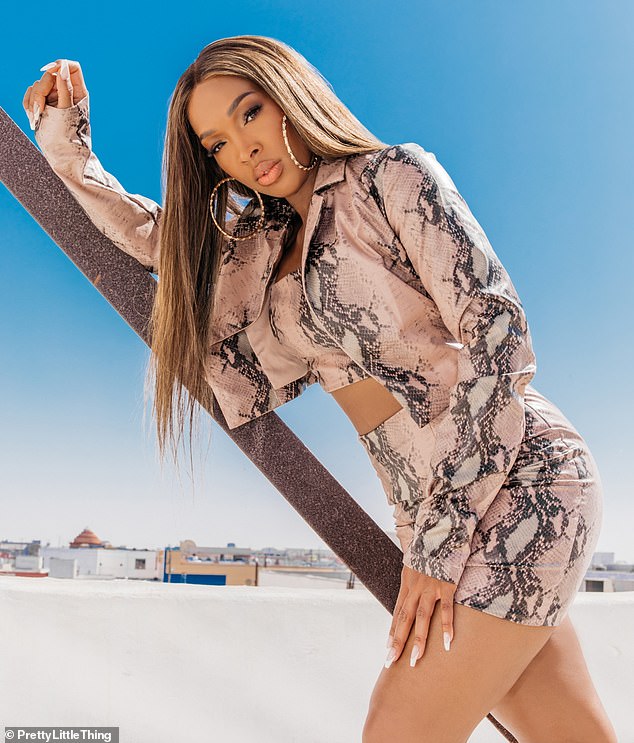 Ab fab: She showed off her toned tum as she posed for more snaps in the snakeprint co-ord

All peachy: Malika seemed to be a huge fan of this stunning look which she teamed with matching strappy sandals

‘Somebody come get this man,’ Khloe reads the screenshot before Malika admitted: ‘I responded to her.’

‘Why’d you respond to her,’ Khloe asked in shock.

‘I was like, not my man not my problem,’ Malik said, with Khloe quickly responding: ‘Oh my god.’ 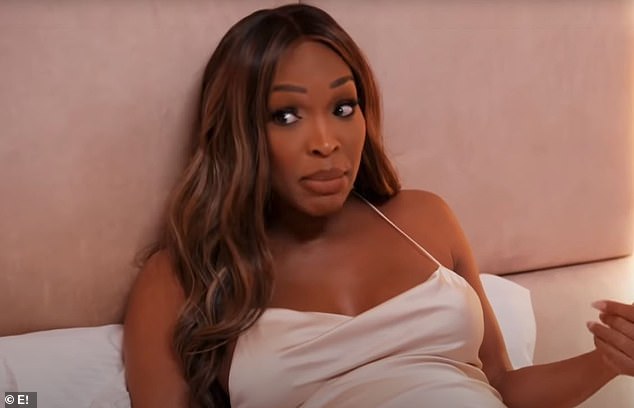 Helping: Khloe Kardashian supported Malika on a recent episode of KUWTK after she received some news about her ex-boyfriend and father to her then unborn child, O.T. Genasis – she has since given birth to her son, Ace 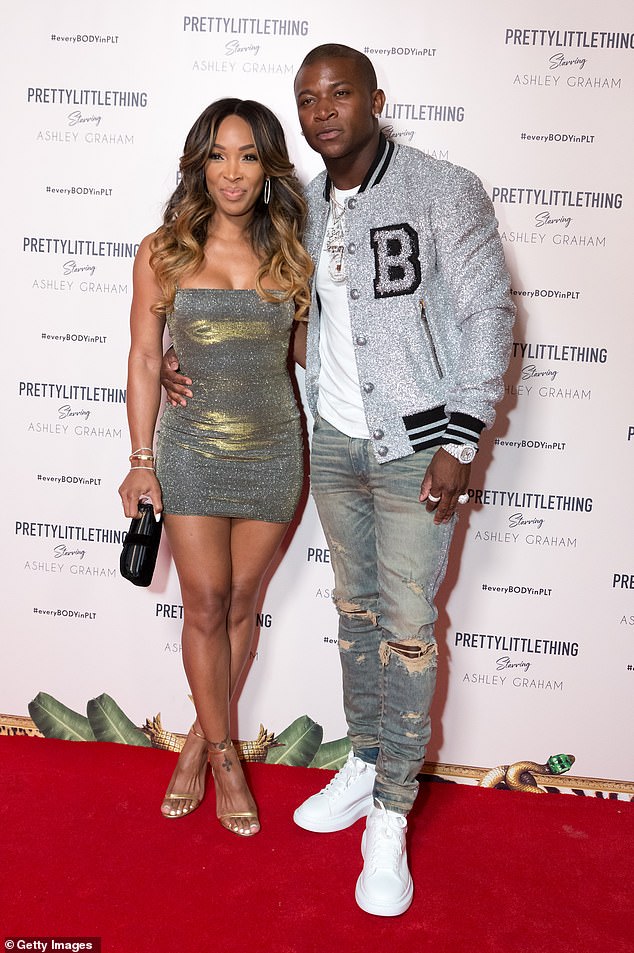 In the past: Malika dated O.T. — who’s full name is Odis Flores — off and on for a few years before they went their separate way romantically – seen in 2018