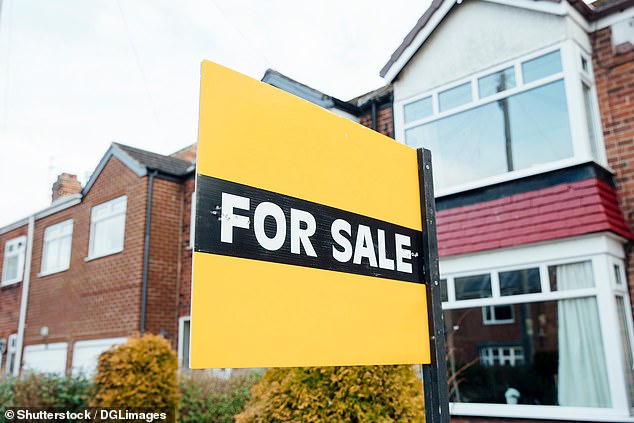 Borrowers will soon find it harder to get a mortgage as lenders prepare to raise rates and tighten home loan criteria.

Banks are bracing themselves for a leap in defaults and a fall in house prices as a winter jobs crisis looms, according to a survey by the Bank of England.

It means there will be fewer affordable loans available as lenders seek to bolster reserves.

Experts warned it could mark the end of a ‘mini-boom’ in the housing market after prices hit record highs over the summer.

First-time buyers with small deposits were already finding it almost impossible to get a loan as lenders pulled the plug on deals.

But the survey shows that nervousness is now spreading right across the market, which could make it harder for so-called second-steppers to move homes.

It raises the spectre of the Bank of England introducing negative interest rates to encourage lending, which could see savers being charged to keep money in the bank.

It comes after lenders signed off 84,700 mortgages in August, the most since October 2007.

Average house prices also hit a record high of more than £224,000, according to Nationwide, as pent-up demand and the Chancellor’s stamp duty holiday fuelled a frenzy of activity.

But economists have consistently warned the revival could come to an abrupt end when unemployment begins to bite.

September saw the biggest monthly increase in mortgage rates since 2009 and the Bank expects this upward trend to continue over the final quarter.

And while the number of deals available had started to recover from its lockdown lows, the survey shows lenders expect them to fall again over the next few months.

Defaults are also expected to rise at their fastest rate since the financial crisis. Sarah Coles, personal finance analyst at Hargreaves Lansdown, told Money Mail: ‘We can’t necessarily say this is the beginning of the end, because there are things the Government could do to prop up the market, but it’s certainly not looking good.’

She added: ‘Estate agents say it’s already tough to get a mortgage, and difficult to keep a lender onside during the ups and downs of a home move.

‘With the market tightening, and lenders increasingly sensitive to house price moves, it could make life even harder as we get towards the end of the year.’

Andrew Montlake, managing director of mortgage broker Coreco, said: ‘We all know the economic pain that’s in the post so it’s no real surprise that the banks are pulling down the shutters for those with smaller deposits.

‘What we need to avoid, however, is banks catastrophising and pulling products for more robust borrowers at lower loan to values.

‘There’s no sign of this happening yet, but the storm clouds are gathering over the economy and the prospect of a ‘short-circuit’ lockdown could see lenders circle the wagons.’