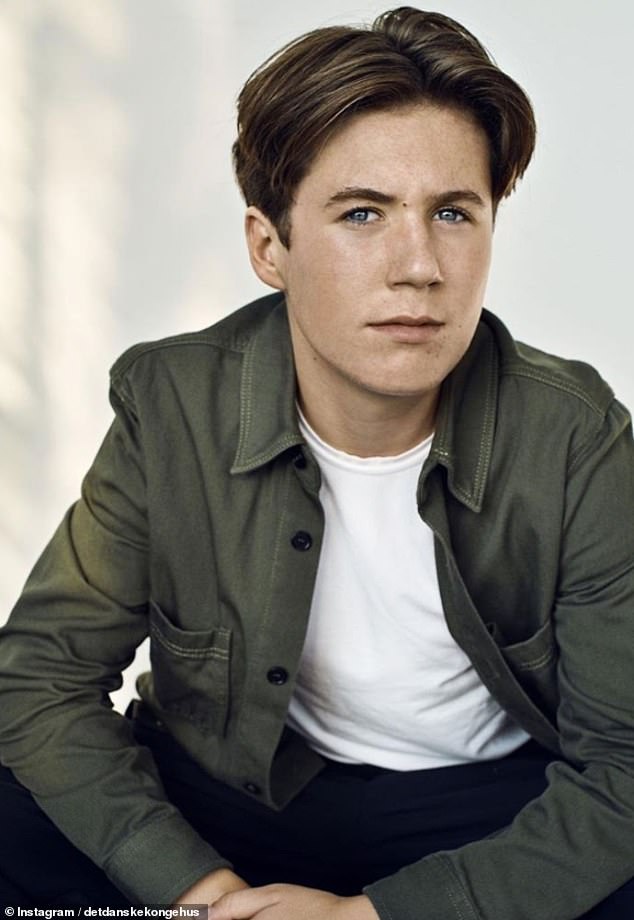 The royal family of Denmark has released new pictures of Princess Mary and Prince Frederik’s son on the occasion of his 15th birthday.

Prince Christian, who is the eldest of the couple’s four children, celebrated his birthday yesterday, and the new portraits show he’s rapidly turning into a dapper  young prince.

The grandson of Queen Margrethe II and the eldest son of Frederik, the heir to the throne, Christian will one day be King of Denmark.

Pictured of teenage Danish Prince Christian, the eldest son of Prince Frederik and Princess Mary, were released today to mark his 15th birthday 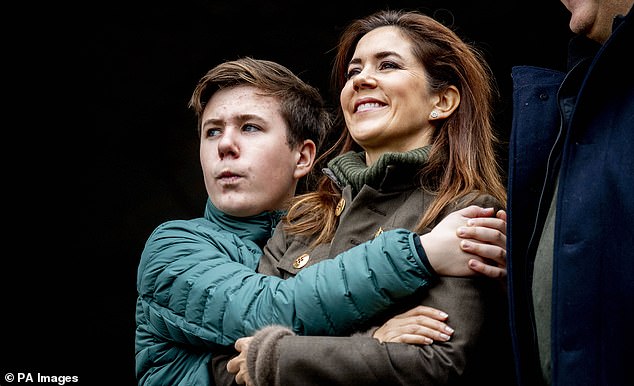 Christian pictured with his mother Princess Mary of Denmark in 2019, when he was 14-years-old

In the pictures shared by the royal palace, the teenager cut a stylish figure in a set of four pictures, two of which were shot in black and white.

In the first picture, the young prince wore a green shirt open over a white t-shirt.

The stylish youngster, who has inherited his father’s piercing blue eyes, looked confident as he poses for the camera.

In another snap, the teenager sported a stylish blue blazer jacket over a crisp white buttoned up shirt with beige trousers. 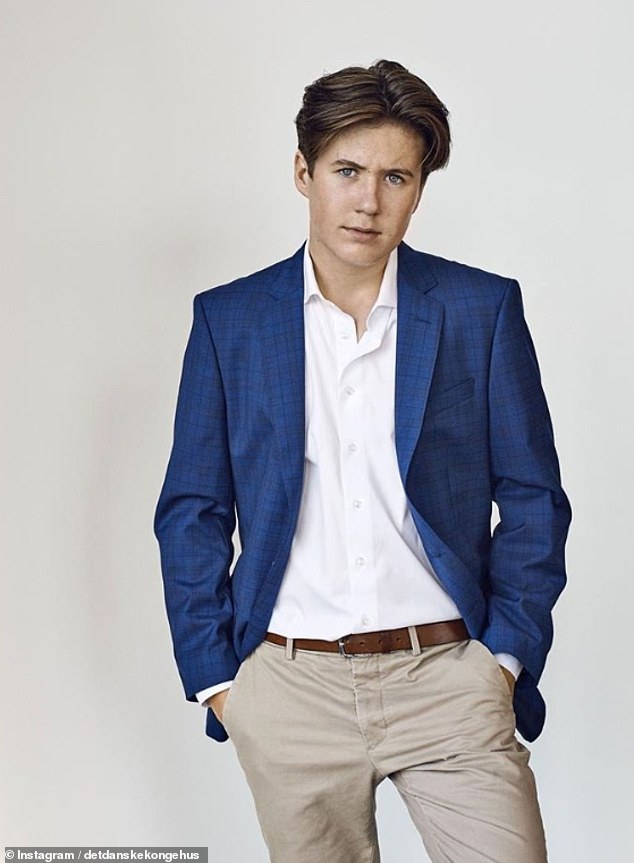 The Prince looked comfortable, his hands in his pockets.

Another picture, this time in black and white, saw the Danish royal pose like a true model, looking to the side, his hands on the buttons of his blazer.

While he kept a serious demeanour in the pictures in colour, the Danish royal seemed to relax and let loose in the last black and white picture, showing off his playful smile in a natural shot. 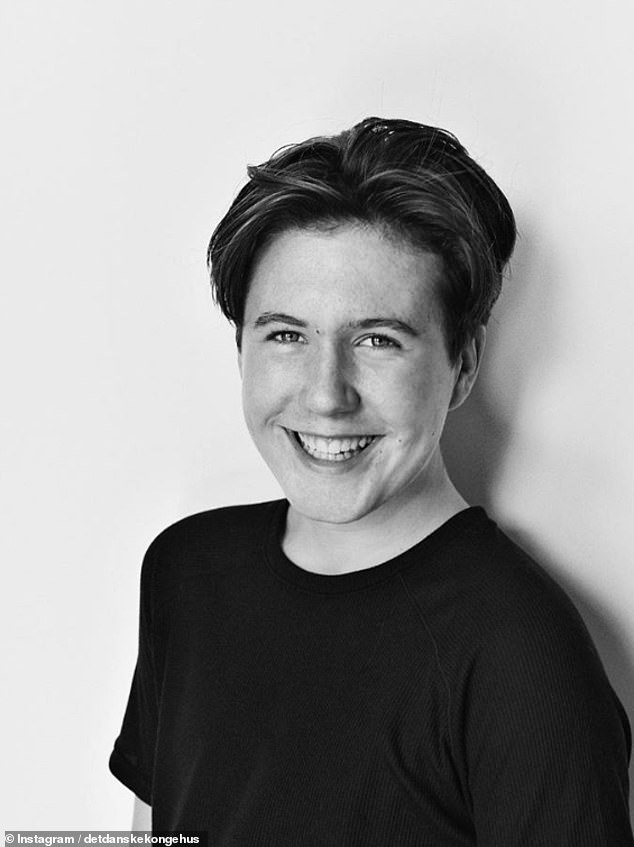 In the black and white pictures, Christian shows on his playful side and flashes his happy smile 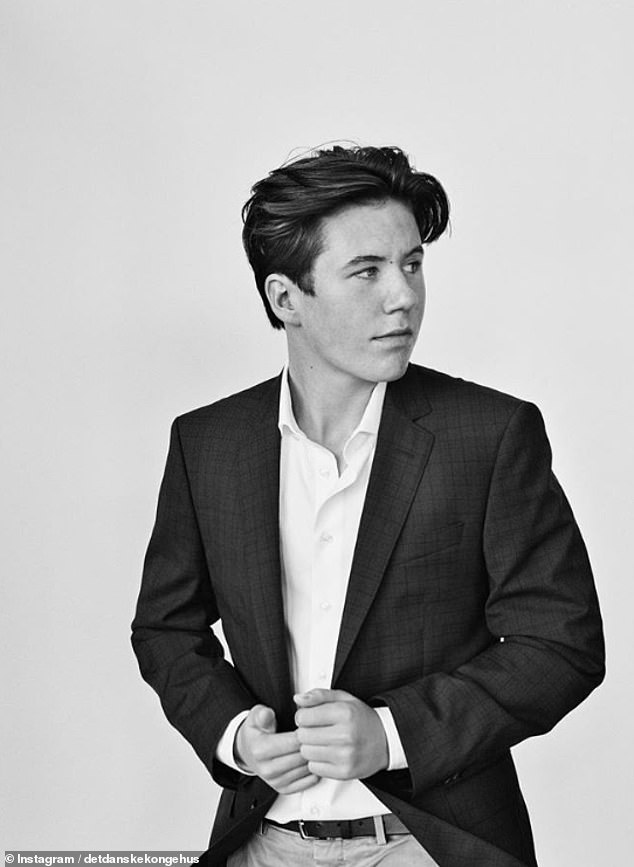 Like a model! Christian posed like a pro in his birthday pictures, looking poised in his smart blazer

The teen, who is set to take over his grandmother’s throne in the future after his father, looked poised and relaxed in his birthday pictures.

While he was styled ‘ his Royal Highness’ from birth, he received the Count of Monpezat in 2008 after his grandmother the Queen granted him the title.

The palace revealed the young prince would be spending his big day with his family.

Last month, his parents, who married in 2004, marked the anniversary of meeting one another.

The couple met in a pub, watching the Sydney Olympics in Australia in 2000 and entertained a long distance relationship for a year before Mary eventual

Mary is set to become the first Australian-born Danish queen when Frederik ascends the throne. 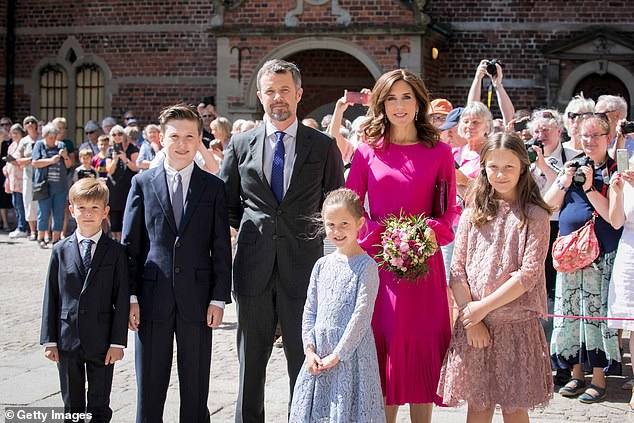