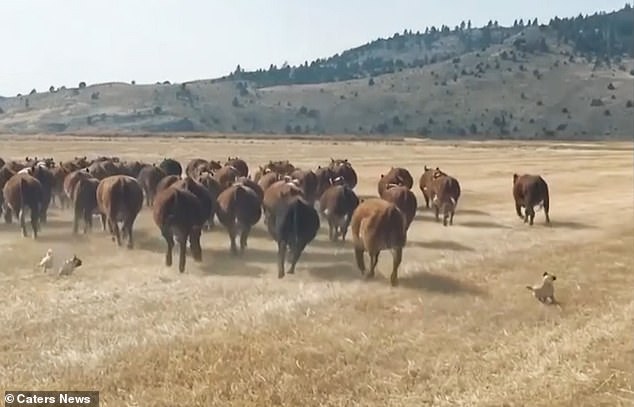 Round ’em up! Two PUGS called Tuff and Paisley herd cattle on an Oregon ranch

Two pugs have proved that they can round up cattle and goats just as well as their border collie cousins.

Pooches Paisley, three, and Tuff, one, work as herding dogs at the Silvies Valley Ranch in Seneca, Oregon.

Astonishing footage recorded on October 8 showing the two pugs running after cows at the ranch has received nearly one million views.

Footage from October 8 shows pugs Paisley, three, and Tuff, one, excitedly running after dozens of cows on Silvies Valley Ranch in Seneca, Oregon

The dogs are shown excitedly running after dozens of cows, and goats, as they move the animals across the ranch.

Their owner Sara Jean Wedel, 26, rides a horse behind and films as the pugs herd the animals.

Ms Wedel said: ‘It started when I felt bad for leaving Paisley inside all day while we were out working, so I started taking her along on short days and discovered she was mimicking the Border Collies. 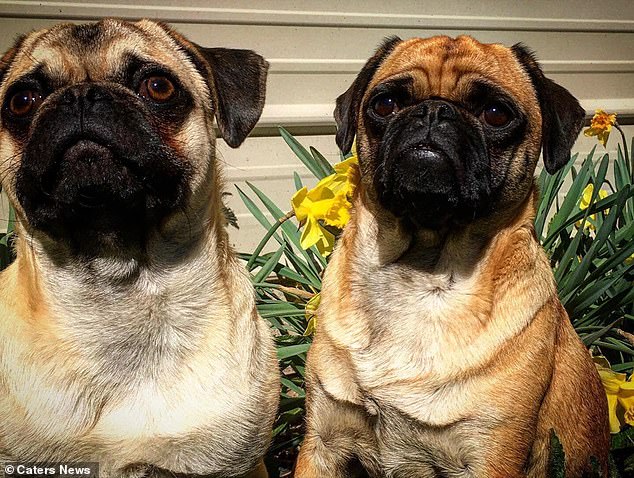 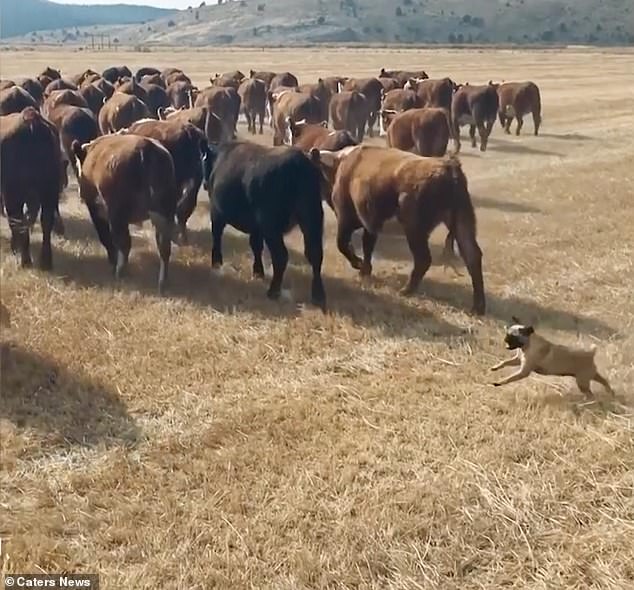 ‘I started teaching her basic commands for cow dogs and she picked up on it and loved it.

‘She got to the point where she would get depressed if we left her behind at the house.

‘Then when we got Tuff it was the same scenario.’ 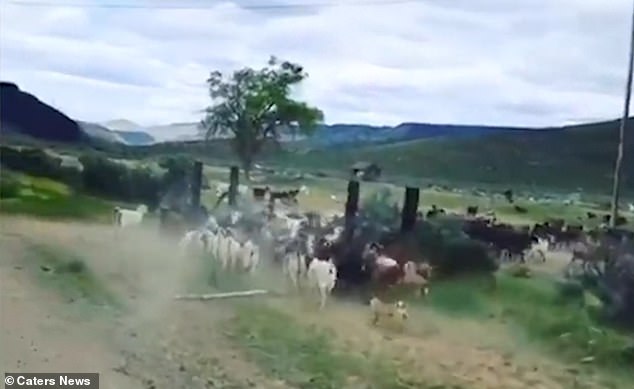 Footage also shows them herding goats. Ms Wedel said Paisley got to the point where she would get depressed if she was left at the house 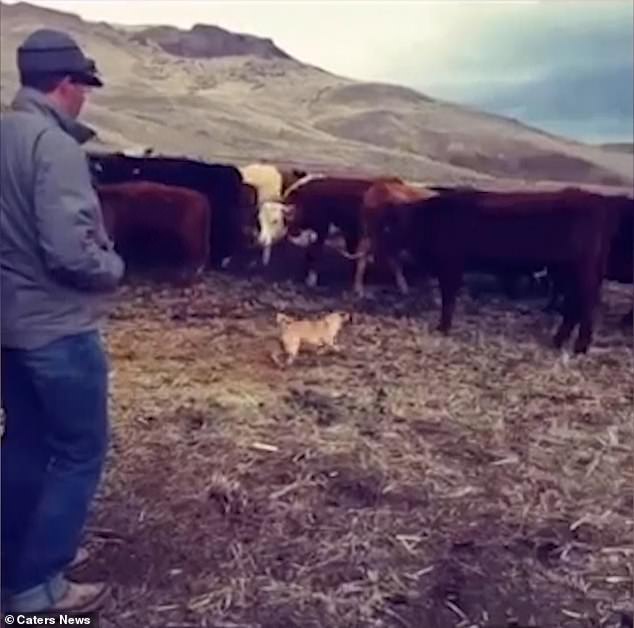 At the end of the clip, the pugs can be seen barking at the cattle. Ms Wedel said she taught Paisley basic commands for cow herding after taking her out on short days and discovered she was mimicking the Border Collies