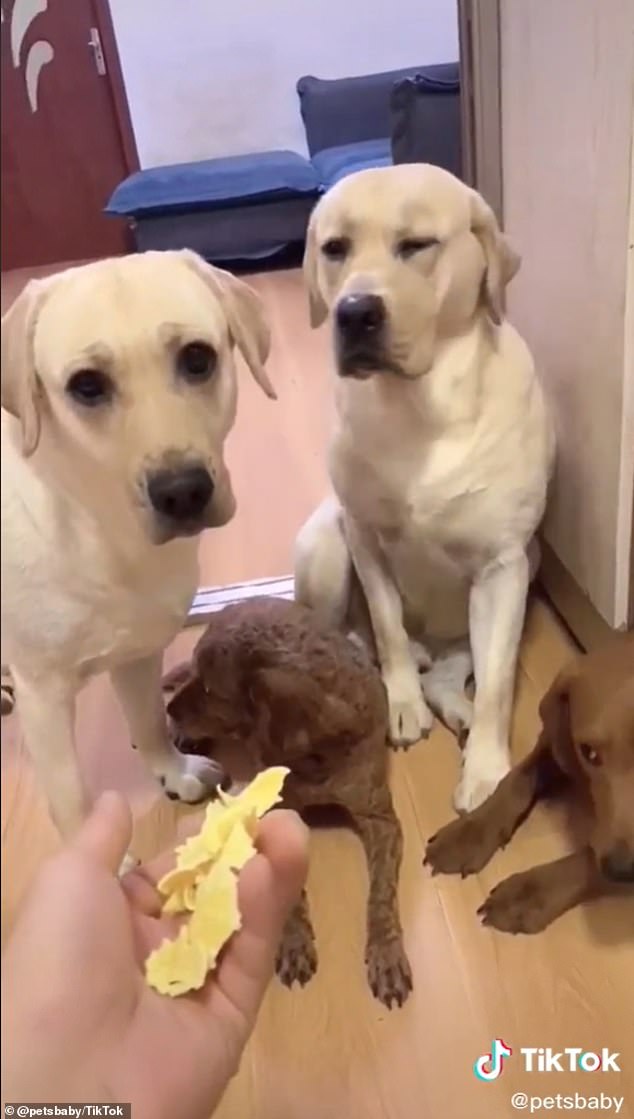 In the doghouse: TikTok video shows Labrador headbutting his buddy who snitched on him when owner questions them about a mess on the floor

A viral TikTok video shows a Labrador Retriever headbutting his buddy after being snitched on to their owner.

The clip – which has been viewed more than 22 million times since it was uploaded on Wednesday – begins with the owner aggressively questioning the canines about a mess found on the floor.

‘Who did this, huh?’ the owner asks the two innocent looking pups.

One of the Labradors then humorously paws his pal, appearing to implicate him in the crime.

‘Who did this, huh?’ Video showing a Labrador Retriever sell out his pal has gone viral on TikTok

But the other animal is less than impressed at being snitched on, proceeding to headbutt his buddy as payback.

The clip has been seen viewed around the world, and elicited thousands of hilarious comments from TikTok users.

‘If ya’ll have siblings then you understand!’ one remarked.

‘This is me and my younger brother!’ another chimed in.

‘Crazy how all dogs can understand all languages,’ a third person joked, adding several crying-with-laughter emojis.

The two adorable pups are famous on TikTok, frequently appearing on the popular @petsbaby account. 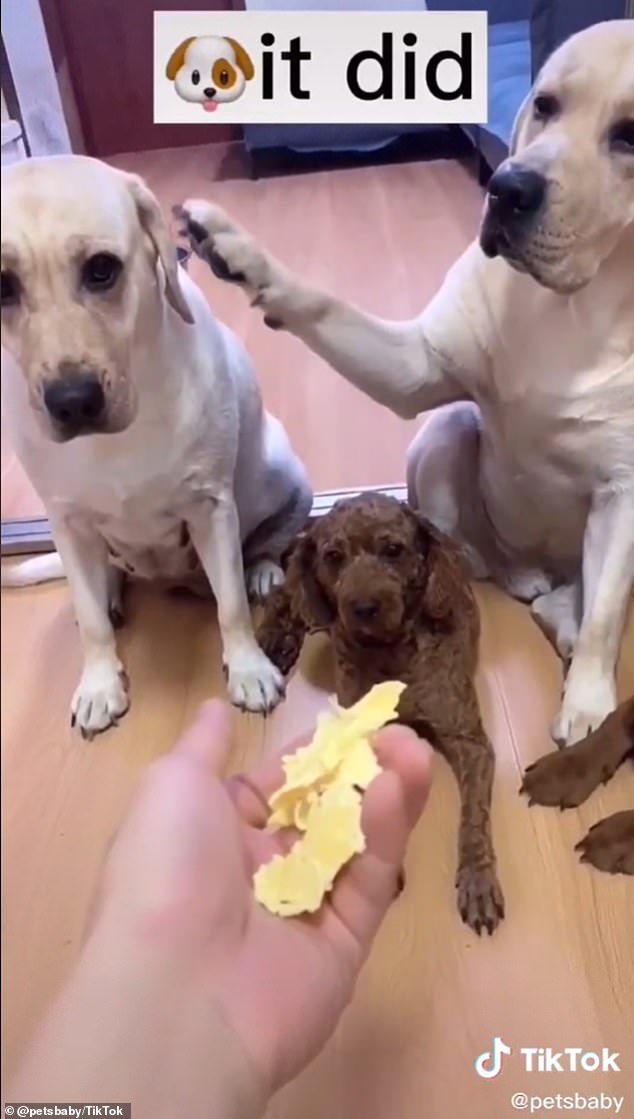 One of the Labradors humorously paws his pal, appearing to implicate him in the crime 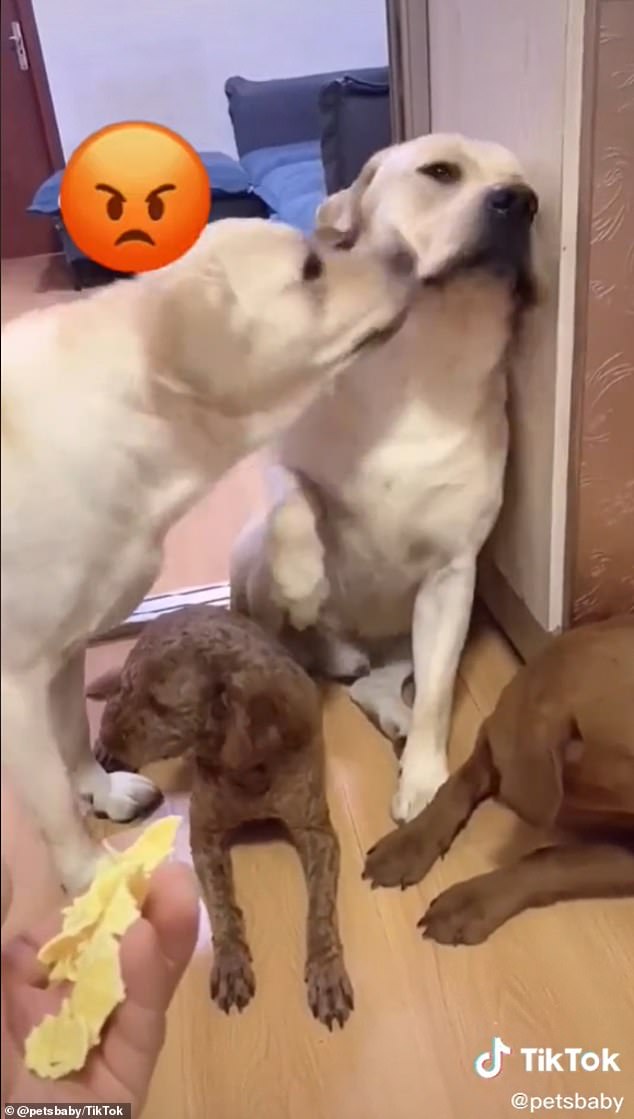 Payback! The other Labrador then headbutts his pal as an act of retribution