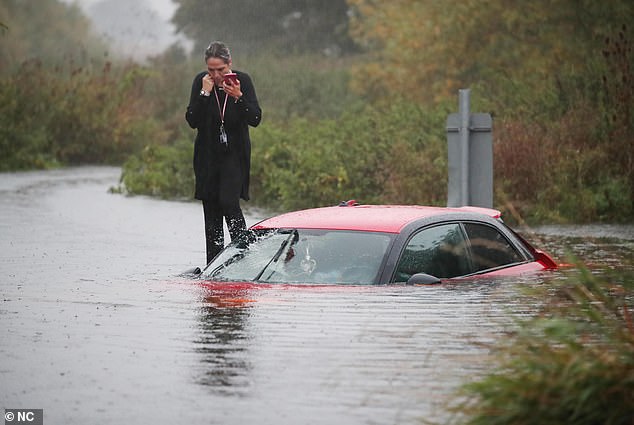 UK has its wettest day EVER: Enough water to fill Loch Ness fell during our rainiest day on record this month… as scientists warn it’s the new normal

By Xantha Leatham For The Daily Mail

And scientists warned that extreme rain may become more common because of global warming.

Met Office spokesman Mark McCarthy said: ‘In climate statistics, 2019 will be remembered for possessing the UK’s hottest day, whereas 2020 will be associated with rainfall records.’ 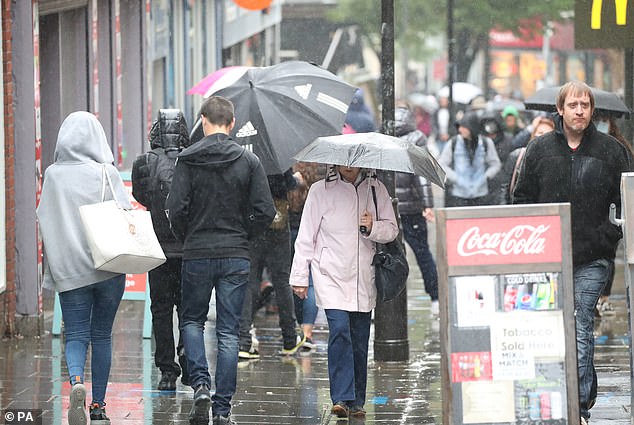 Met Office climate spokesman Grahame Madge added: ‘The UK’s rainfall record contains many extreme events – but it is clear from the UK’s climate projections that with warmer, wetter winters and hotter, drier summers we can expect increasingly more extreme rainfall records toward the end of the century.

‘There is a simple relationship between a warmer atmosphere and an increased amount of moisture in the atmosphere – this again suggests that the UK is likely to witness increased rainfall and more record-breaking events.’

Climate change is increasing the risk of more extreme weather, such as intense, heavy downpours, scientists warn. The hottest day recorded in the UK was July 25 last year, when the mercury hit 38.7C (101.7F) at Cambridge Royal Botanic Gardens.

Mr McCarthy added: ‘It is exceptional to have 30 to 50mm or more of rain falling so extensively across the UK – from the south coast of England to the north coast of Scotland – in a single day.’

The Met Office said the start of October had been very wet, with the UK overall already experiencing 68 per cent of its average rainfall for the month. 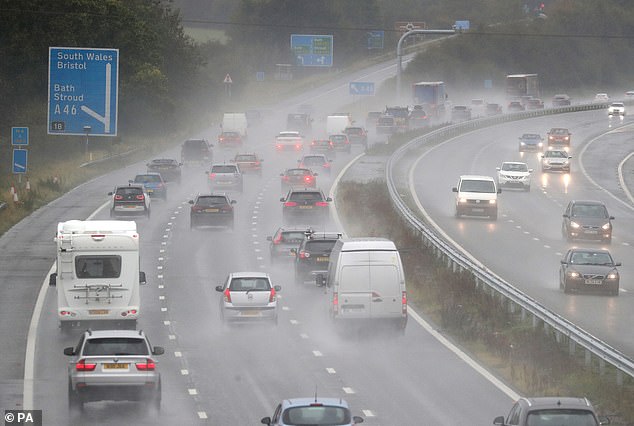 Vehicles driving in horrendous conditions on the M4 on October 3 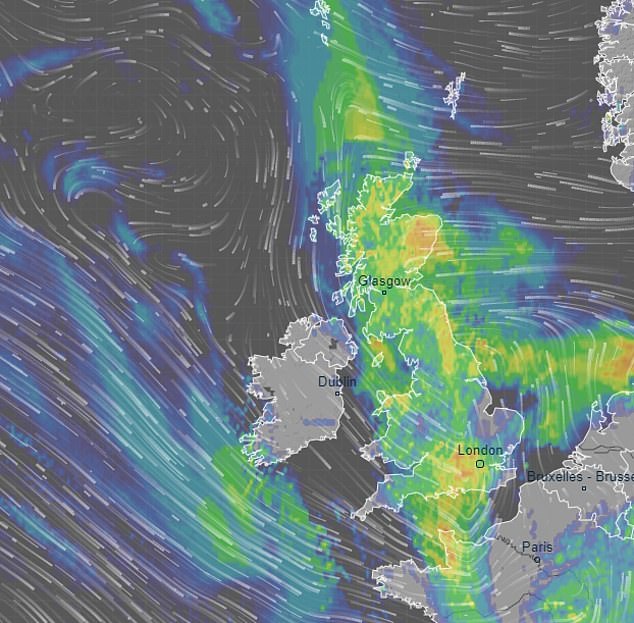 More than 20 counties across the UK have already received at least 100 per cent of the rain they would expect on average across the whole of October.

While England has had 87 per cent of the month’s average rainfall already, Scotland, Northern Ireland and Wales have had average amounts.

Argyll and Bute on the west coast of Scotland has been significantly drier, getting just 29 per cent of its average rainfall for the month so far.