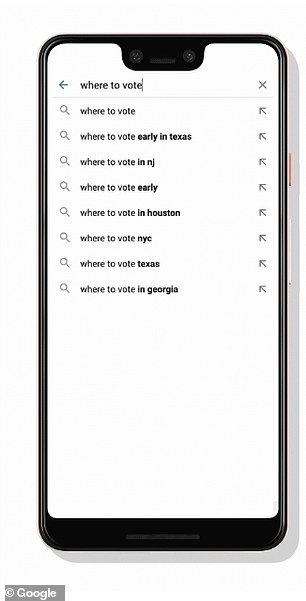 The 2020 election is said to be ‘the most important election in our lifetime’ and Google wants to help the 150 million Americans projected to vote get to the polls.

The tech giant has rolled out new tools to Search and Maps that shows exact locations for in person voting and ballot drop boxes.

When users look up information for ‘early voting’ or ‘ballot drop boxes near me,’ they will be shown details for specific places, along with hours of operation.

The tech giant also announced its virtual assistant will ‘soon’ be able to provide citizens with information – with just saying, ‘Hey Google, where can I vote?’ 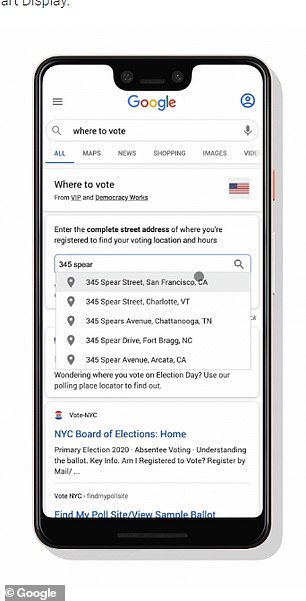 Google has rolled out new tools to Search and Maps that shows exact locations for in person voting and ballot drop boxes.

Yunhan Xu, Google product manager, shared in the announcement: ‘This year, searches for ‘how to vote’ in the U.S. are higher than ever before.

‘To make it easier to find information about how and where to vote—regardless of your preferred voting method—we’ve launched election-related features with information from trusted and authoritative organizations in Google Search.’

‘Starting today, when you go to Google Search and Maps for information on where to vote, you’ll find helpful features that show the voting locations closest to you.’

To find voting information, users type in ‘where to vote’ in Google Search, then their address and the system will display a number of locations in the area that provide the specific service – whether in person voting or a mail in ballot drop box. 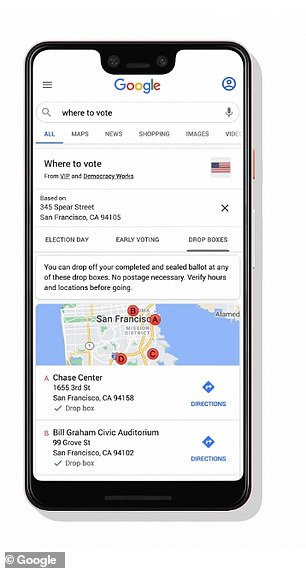 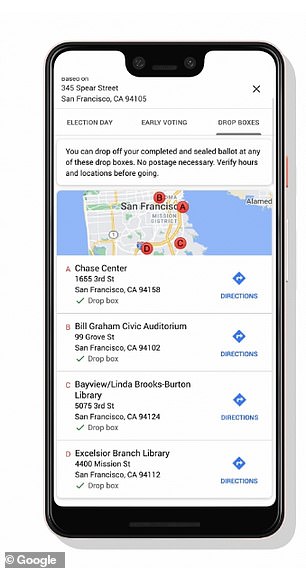 Search provides different options, such as ‘early voting’ and ‘drop boxes,’ allowing users to find what they need.  Search will display specific locations, which users can find using Maps

Google Maps will also show the locations and provide directions for users.

‘Just as easily, you’ll soon be able to ask, ‘Hey Google, where do I vote?’ and Google Assistant will share details on where to vote nearby on your Assistant-enabled phone, smart speaker or Smart Display,’ Xu shared.

‘Through the Voting Information Project, we plan to have more than 200,000 voting locations available across the country,’ Xu explained.

‘For places where voting locations are not yet available, we’ll surface state and local election websites.

‘As more locations become available, or if there are changes, we’ll continue to update the information provided across Google Search, Assistant and Maps.’ 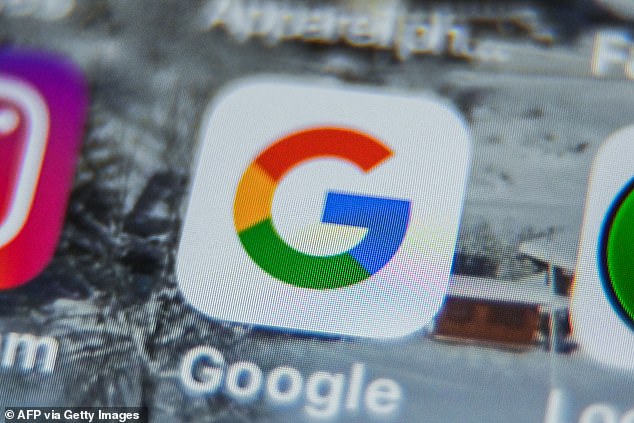 The tech giant also announced its virtual assistant will ‘soon’ be able to provide citizens with information – with just saying, ‘Hey Google, where can I vote’

Google is one of the many online powerhouses that has developed new tools and policies ahead of the election.

The firm is set to block ads related to the US presidential election after polls close on November 3.

The tech giant will implement its sensitive event policy, which is rolled out during fast moving events in order to avoid confusion among the public.

In the email to advertisers, Google states it will not allow ads ‘referencing candidates, the election, or its outcome, given that an unprecedented amount of votes will be counted after election day this year.’

Facebook recently followed Google’s lead and is also pulling the plug on new political ads once the polls close.

The temporary ban is, according to the firm, aimed at limiting confusion, misinformation and abuse of its services days following the event.

Along with ads, the social media giant says it is removing posts that call for people to tune into the polls that contain militaristic or intimidating language.

Facebook executives noted that the policies apply to everyone, including President Donald Trump and other politicians.