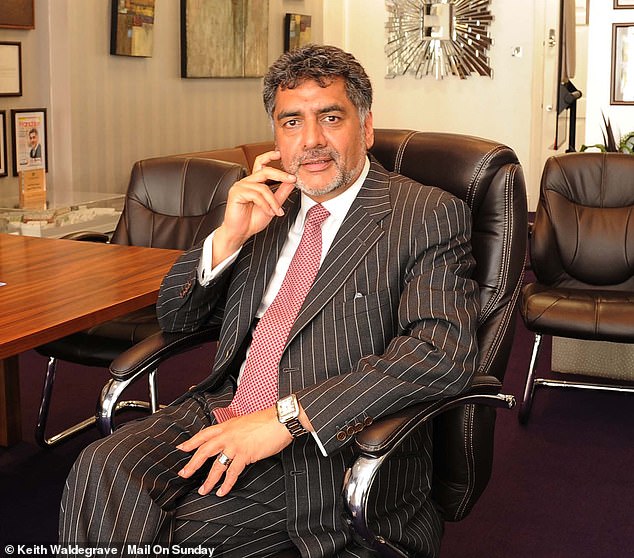 By Neil Craven And Alex Lawson, Financial Mail On Sunday

James Caan, the recruitment entrepreneur and former star of Dragons’ Den, has warned workers face a ‘Bloody Sunday’ of job cuts when the furlough scheme ends on November 1.

He warned unemployment will rise to ‘uncomfortable levels’ – and criticised Rishi Sunak’s measures to keep staff in work at firms hit by lockdown restrictions.

The furlough scheme, which supported nine million workers through the summer, will be replaced in two weeks by the much less generous Job Support Scheme. Under furlough, the Government paid up to 80 per cent of wages. The new scheme will pay up to a third of hours ‘not worked’ by staff – in theory incentivising firms to keep employees on part-time.

But a YouGov poll of 1,000 firms revealed just 18 per cent plan to use the Job Support Scheme, while only 6 per cent said the scheme would prevent job cuts.

Caan said the economy ‘will get worse before it gets better’.

He said of the end of the furlough scheme: ‘They are calling it Bloody Sunday. I applaud the Government for everything they’ve tried. But they didn’t really solve the problem. They just delayed it.

‘People went on furlough because demand fell off a cliff and it still hasn’t picked up. I’ve worked in employment for 35 years and I’m in touch with employers every day. There is no question in my mind the jobless number will rise at a very uncomfortable level.’

Stuart Pringle, managing director of Silverstone, said for many companies in hospitality the job scheme ‘does not work’. The Formula 1 racetrack is in crisis after spectators were banned and corporate events collapsed.

He said: ‘We just do not have the business to keep people employed. We furloughed 100 of 150 employees and will lose a third of those on furlough. We’re at the point where we need an emergency grant.’