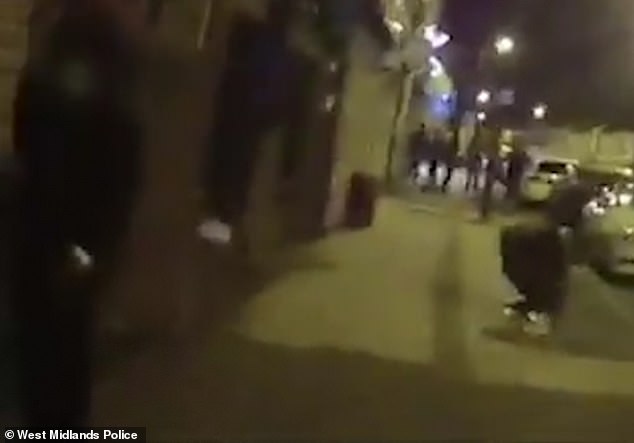 Moment hundreds pour out of illegal rave broken up by police as organiser is fined £10,000 under Covid lockdown laws

This is the moment hundreds of revellers were locked inside an illegal rave in the West Midlands after a police raid, as people jumped over the wall to get away.

Footage shows party-goers frantically jumping over the wall to get away when the gates were locked to keep the police out.

The organiser of the rave, that was attended by over 100 people, has since been fined £10,000 after flouting coronavirus rules.

Footage shows party-goers frantically jumping the wall to get away after police raided an illegal rave in Walsall, in the West Midlands, on September 14

Police discovered the party in a unit in Phoenix Business Park after spotting a number of parked cars on Stafford Street, Walsall, in the early hours of September 14.

Officers started taking details of the parked cars when one of the gates was locked, leaving scores of people trapped inside.

Eventually the organisers opened the gates, sending scores of revellers filing out onto the street.

Music equipment as well as food and drinks were discovered inside the unit. 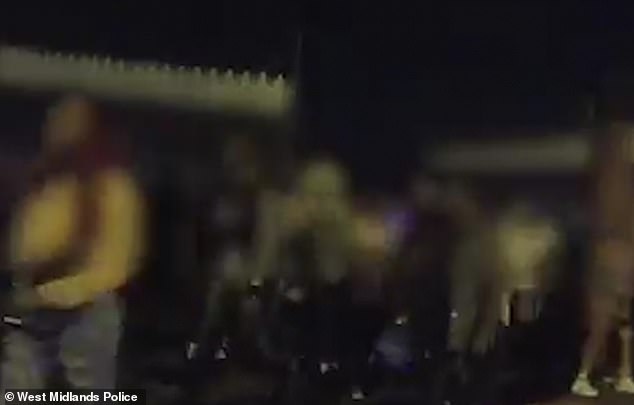 The gates were locked to keep police out, trapping hundreds of people inside but were later opened and scores of revellers filed out into the street (pictured)

This happened just days before Walsall went into the Government’s new tier two local lockdown, after an increase in Covid-19 cases in the borough.

Chief Superintendent Andy Parsons, from Walsall Police, said: ‘We’ve been warning anyone planning to organise or attend illegal raves not to do so for many months.

‘This event was particularly dangerous, not only due to the pandemic, where large gatherings are banned, to help stop the spread of the virus, but it was also a fire hazard and the fact the shutters and gates were locked for periods preventing people from getting in or out was reckless.

‘Fortunately officers spotted it and were able to close it down before something serious happened. 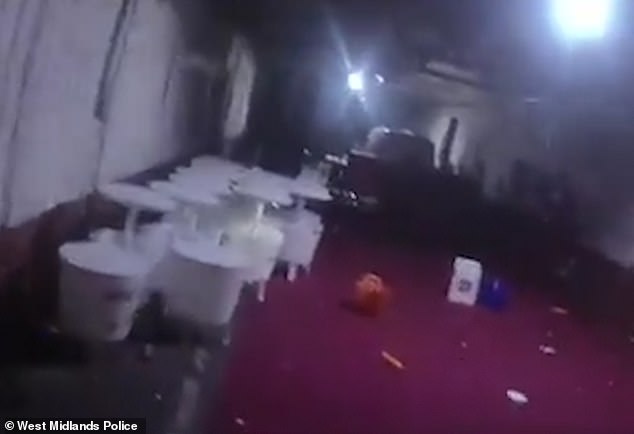 Music equipment as well as food and drinks were discovered inside the unit (pictured). The organiser of the rave has since been fined £10,000 after flouting coronavirus rules

‘After extensive enquires, we’ve now been able to use the new legislation to issue the fine which I hope will deter others from holding similar events.

‘I’d warn anyone considering attempting to arrange or attend these events, which are not only dangerous, but also illegal, not to.

‘If you’ve been invited to one or are aware of any planned to take place please let us know.

‘Your help is invaluable, as the key to stopping these events is early intelligence from you.’