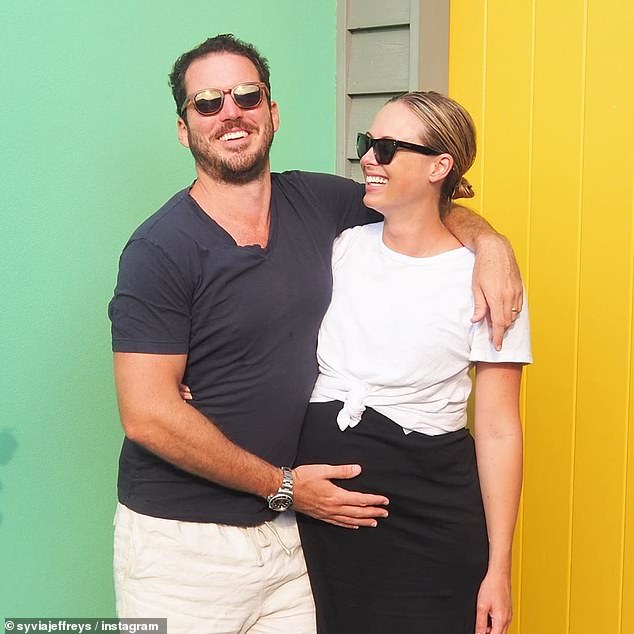 ‘Oscar’s little brother due in April next year!’ Sylvia Jeffreys announces she is expecting second son with Peter Stefanovic – after the couple welcomed her first child in February

Sylvia Jeffreys has announced that she is pregnant with her second child.

The television personality shared the good news to Instagram on Saturday, telling fans that she and husband Peter Stefanovic will welcome another son next year.

Alongside a photo of Peter holding up their son Oscar, 8 months, Sylvia wrote: ‘When you find out you’re getting a best bud for life.

‘Oscar’s little brother due in April next year. We are so lucky,’ she added, tagging her husband.

On Wednesday, the Channel Nine star revealed for the first time that she underwent IVF to have Oscar.

The 34-year-old, who welcomed her first child with husband Peter Stefanovic, 38, in February, broke down in tears as she discussed her own struggles with infertility on Today Extra.