The Meaning Of Mariah Carey

Describing herself as a ‘global icon, award-winning singer-songwriter, producer, actress, mother, daughter, sister, storyteller and artist’, Mariah Carey can never be accused of selling herself short.

Yet Carey was not born into glittering opulence; she had to work at being high-maintenance. She grew up in a domestic ‘war zone’, her parents splitting when she was four. 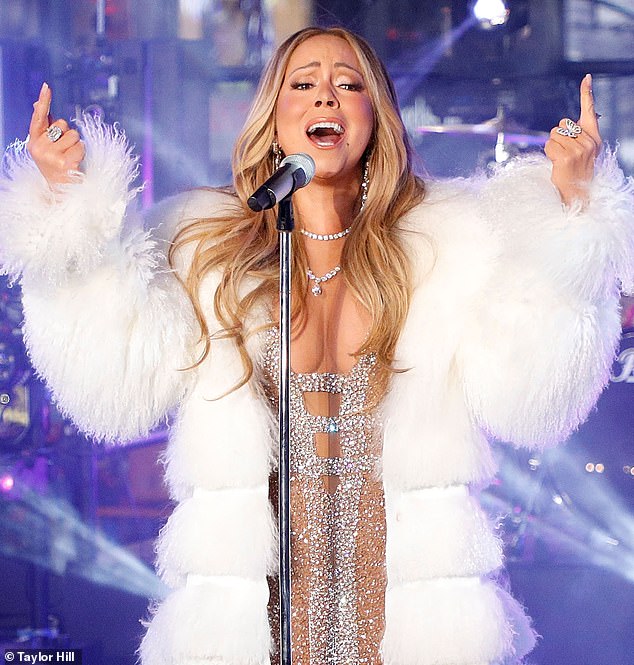 Her violent, ‘diabolically charismatic’ brother was implicated in a local murder, while her sister allegedly drugged her with Valium, offered her cocaine, scalded her and tried to ‘sell me out to a pimp’ – all before Carey turned 13.

She barely saw her late father, while her relationship with her mother remains ‘a prickly rope of pride, pain, shame, gratitude, jealousy, admiration and disappointment’.

As a mixed-race child, she was racially abused and left with lifelong identity issues.

Carey spends the first 100 pages outlining her awful upbringing, and the remainder picking through its legacy. For a ‘global icon’ there’s little sense of the outer world. This oddly insular book is a primer on the suffocating effects of fame.

Barely out of her teens, she married her record-label boss, Sony CEO Tommy Mottola, who was twice her age and called her ‘The Franchise’. Controlling and vindictive, Mottola had their house wired up for surveillance.

While she was at high school in New York, Mariah Carey’s nickname was ‘Mirage’ – because she bunked off classes so often.

Outdoors, his wife was constantly shadowed by security goons.

Carey skips over subsequent romances, revealing she has a ‘no rapper rule’ in matters of the heart. Sketches of her interactions with Whitney Houston, Aretha Franklin, Prince and Diana Ross are disappointingly decorous: Prince is a ‘brother angel’ who sends her a Bible bound in deep-brown leather, with gold embossed letters; Ross eyes up her extravagant entourage and says, drily, ‘Mariah, someday you’re not gonna want to have all these people around you.’

But she can be withering when the occasion demands. She refuses to utter the name of rival diva Jennifer Lopez, while the picture section is positively Stalinist, omitting any images of her ‘ex-siblings’ or two ex-husbands.

As with Carey’s music, the default setting is melodrama, trending towards histrionics. The text is saturated in therapy-speak, knee deep in God, angels, healing and blessings, each epiphany framed by Carey’s Hallmark-card lyrics, presented throughout as Sylvia Plath-like genius.

Fleeting encounters are granted comically cosmic significance. When Nelson Mandela smiles at her, ‘in an instant I felt my very constitution change’. At one point, her dress is given a police escort.

Yet she is also winningly down-to-earth – ‘some of the names have been changed to protect the d***heads’ – and can turn a neat phrase: ‘Half of me was black and all of me was poor.’

She comes across as driven, demanding, status-obsessed, even slightly delusional. One wonders whether a printing error excised the parts where Carey accepts at least some responsibility for her missteps. Nothing, it seems, is ever her fault.

Now 50, the mother of twins Roc and Roe, with many ‘gorgeous, pristine and palatial homes’, Carey claims she is ‘peaceful… complete’. Good for her. Her memoir may be preposterous, partial and self-aggrandising, but it’s also entertaining, funny, sad and, in ways its subject perhaps didn’t always intend, genuinely revealing.

What is it about Charles Dickens that makes him so good? In this brilliantly sharp book, John Mullan delves into all the ways in which the Great Boz grabs our attention on page one of his novels and refuses to let go until we are deposited a thousand pages later, having been totally immersed in his parallel world.

The fact that we’ve all heard of Mr Micawber, Bill Sikes and Miss Havisham isn’t a happy accident. Nor is the way that we still describe a dingy city scene as ‘Dickensian’ or call someone a ‘Scrooge’ if they won’t get into the Christmas spirit.

All of it – the vivid scene-setting, the eccentric characters, the ridiculous names – is testimony to what Mullan describes as Dickens’s ‘artfulness’. 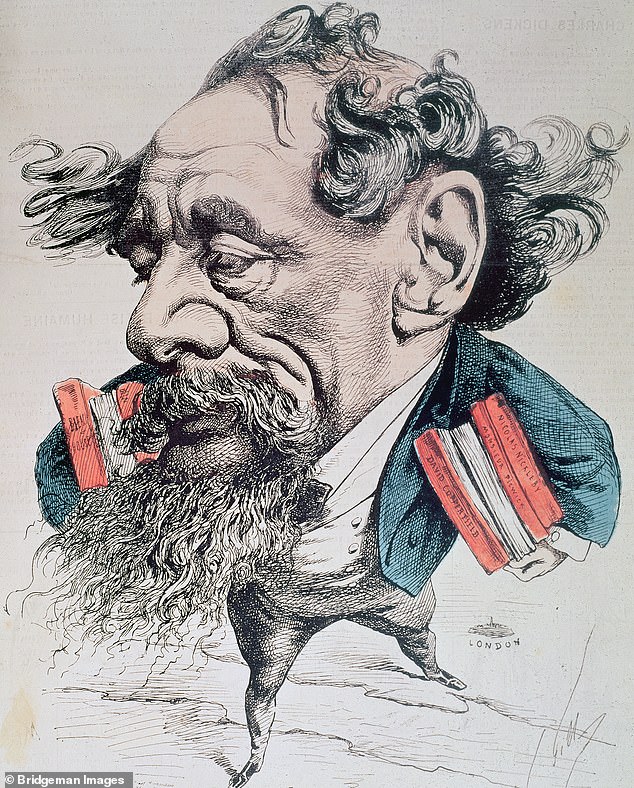 All of it – the vivid scene-setting, the eccentric characters, the ridiculous names – is testimony to what John Mullan describes as Charles Dickens’s ‘artfulness’

Take the opening page of Bleak House. Published in 1853, it is a searing indictment of the Victorian legal system, a labyrinthine maze of courts and cases that serves no one apart from the solicitors and barristers who get rich on others’ misery.

Many novelists might have begun with an opening scene of the Lord Chancellor snug inside Lincoln’s Inn Hall while the driving rain outside turns the muddy pavements into sludge.

But who would be bold enough to introduce a dinosaur into the mix? Yet that is exactly what Dickens does, comparing the slime of the filthy London streets to a primeval world in which we wouldn’t be surprised to ‘meet a Megalosaurus, forty feet long or so, waddling like an elephantine lizard up Holborn Hill’.

Mullan is a professor of English literature, which means that he has a forensic eye for how Dickens produces his spellbinding effects. He’s very good, for instance, on the way the novelist uses smell to describe character.

Mr Jaggers, the thuggish lawyer in Great Expectations, has brutal-looking hands that nonetheless leave a strong whiff of perfumed soap. In this single detail, the reader begins to get a sense of the dirty work that Jaggers does among criminals or those accused of unspeakable crimes.

His compulsive hand-washing is a nervous habit he has developed to appease his own guilty conscience.

From here Mullan deftly shows how Dickens’s brilliant sensory perceptions were forged in his own past. As a 12-year-old he had famously been put to work in Warren’s blacking factory by his impoverished father, a shameful incident that was still causing him pain years later.

Even as a literary superstar he felt compelled to cross the road when he got to Warren’s in The Strand ‘to avoid a certain smell… which reminded me of what I once was’.

This vastly entertaining book gives the sense that Mullan is a man with a mission. He is particularly offended by the way in which highbrow literary types from Henry James to Iris Murdoch continually rolled their eyes at the mention of Charles Dickens while clearly knowing – and enjoying – his work inside out.

Far from being a popular entertainer who happened on a winning formula by some lucky fluke, Mullan makes us see that Charles Dickens was one of the most artful, which is to say skilled, writers the world has ever seen.

The Age Of Static

When Lord Reith identified the BBC’s original purpose in 1923 as being to ‘inform, educate, entertain’, he can scarcely have imagined the scope of today’s multi-channel televisual landscape.

In this astringent exploration of TV culture since 2000, writer and critic Phil Harrison investigates how the medium has not only come to reflect British society during the past two decades, but has also helped to mould it.

Shows such as Top Gear and The Thick Of It are examined for what they reveal about our national psyche in the 21st Century. Yet it is Big Brother that remains the touchstone for so much of what has followed. 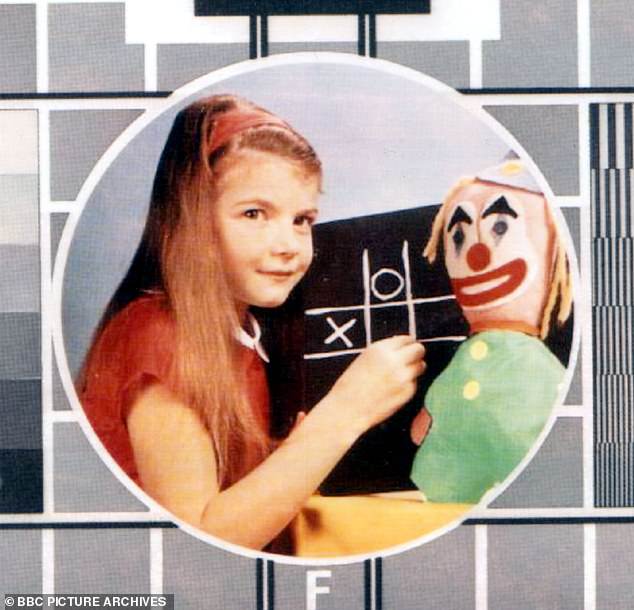 In this astringent exploration of TV culture since 2000, writer and critic Phil Harrison investigates how the medium has come to reflect and mould British society

Launched in 2000, the reality show proved instantly addictive, thanks to its rawness and occasional extremity, and set the template for a tsunami of similar programmes of a type previously unthinkable.

But as with any addiction, the buzz needed to be ramped up constantly in order to maintain interest. Anyone watching the increasingly grotesque shenanigans on shows such as Love Island and The Apprentice will surely recognise the dismal ubiquity of this emergent culture.

Inevitably, the BBC comes in for forensic scrutiny. Harrison suggests that the past two decades have been a practical demonstration of the impossibility of the corporation’s position in turbulent times.

To indicate how far it has strayed from its original mission, he cites the claim made by Question Time editor Hilary O’Neill that the programme would produce many ‘adrenaline-packed Thursday nights’.

Surely, argues Harrison, flooding the show with adrenaline is a misguided ambition. ‘The BBC doesn’t merely reflect the tone of the nation’s discourse: it plays a primary role in setting it.’

Harrison also celebrates some of the wonderful things on the gogglebox – not least Gogglebox, a show that proves that despite the fragmentation of modern viewing habits, ‘we still continue to take pleasure in even an ersatz shared watching experience’.

Shows such as Detectorists, 24 Hours In A&E and Danny Boyle’s memorable staging of the Olympics Opening Ceremony also demonstrate the inclusivity of our country at its very best.

But too often the nation reflected back at us each night seems to be one hurtling towards a perplexing future. No wonder it reaches so readily for the past, whether in the shape of dramas such as Downton Abbey or any series beginning with the words ‘The Great British…’

The Age Of Static may be deliberately provocative, but it’s an exhilarating, informative read. Lord Reith would surely have approved.