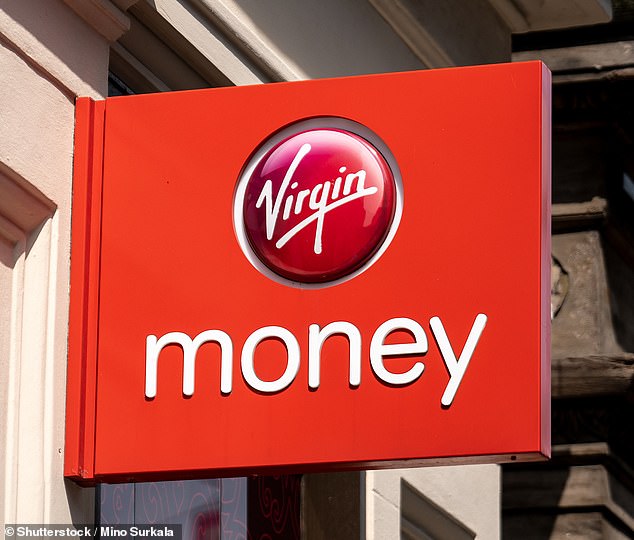 The boss of Virgin Money has warned that banks could start charging for basic services if interest rates turn negative.

Chief executive David Duffy said banks would make ‘slow and incremental’ changes over the next three to five years to test which services customers are willing to pay for.

He told The Mail on Sunday: ‘There will be no decisions until everyone sees what happens over the next year with Covid, but certainly you have to think about how you are going to provide the service, the technology, the branches and the card. It can’t all be free.’

Warning: Chief executive David Duffy said banks would make ‘slow and incremental’ changes over the next three to five years to test which services customers are willing to pay for

Duffy’s comments are the clearest signal yet that ordinary customers could be hit if interest rates go negative.

Currently, the holders of the vast majority of Britain’s 73million current accounts pay no fees if they are in credit.

Some customers have opted for packaged current accounts involving a monthly fee for a bundle of insurance products to be provided along with their account.

The Bank of England has discussed cutting the 0.1 per cent base rate to below zero in a bid to stimulate the economy. However, policymakers have yet to decide whether to adopt the idea.

The Mail on Sunday revealed last week that banks’ computer systems would need an expensive update in order to cope with a change to negative rates. Officials at the Bank have since been asking lenders how long it would take them to prepare their computer systems for a switch to negative territory.

‘The issue is how do banks generate shareholder return and are they investable? There have been a number of influences that have eroded the margins on most of the products a bank has. Banks’ shares are trading at 40 per cent of what they would have been over a year ago, and that is because the future models for returns for a bank for some investors is questionable.

‘There is a real challenge over the next three to five years about how a bank generates a return by providing the right value service for customers, and makes the bank an investable proposition for overseas and domestic shareholders.’

In 2012, Andrew Bailey, Governor of the Bank of England, described free banking as a ‘dangerous myth’ and said regulators should intervene because customers face hidden charges.

He said at the time: ‘I think that reform of retail banking cannot move ahead unless we tackle the issue of free in-credit banking.’

Many banks in the US, Canada and parts of Europe routinely charge customers monthly fees for their services.

‘Banks make money in the difference between what they make on lending, and what they pay for savings. And we’ve seen those revenues squeezed considerably.

‘So a lot of banks are having to look at other ways to make money and one of the ways to do that is fee-based accounts.

‘At some point, banks will have to look at the commercial implications of free banking.

‘But it also means they will be looking at new products for customers as well, where they can make money from fees.’

She added that banks will also start offering more wealth and insurance products in a bid to drive up revenues.

It is not the most obvious next move after you’ve been accused of failing to crack down on crooks in your own banking network.

But giant bank HSBC has discussed the idea of selling its software for combating financial crime to its rivals, it has emerged.

Her comments came after a cache of documents allegedly showed that HSBC had flagged irregular transactions in 2,100 suspicious activity reports to the US Treasury Department between 2000 and 2017 – but reports on the so-called ‘FinCEN files’ claimed HSBC did not take further action. Banks are supposed to stop moving cash if they have evidence of criminal behaviour.

It is understood that HSBC is not in active discussions to sell its technology.