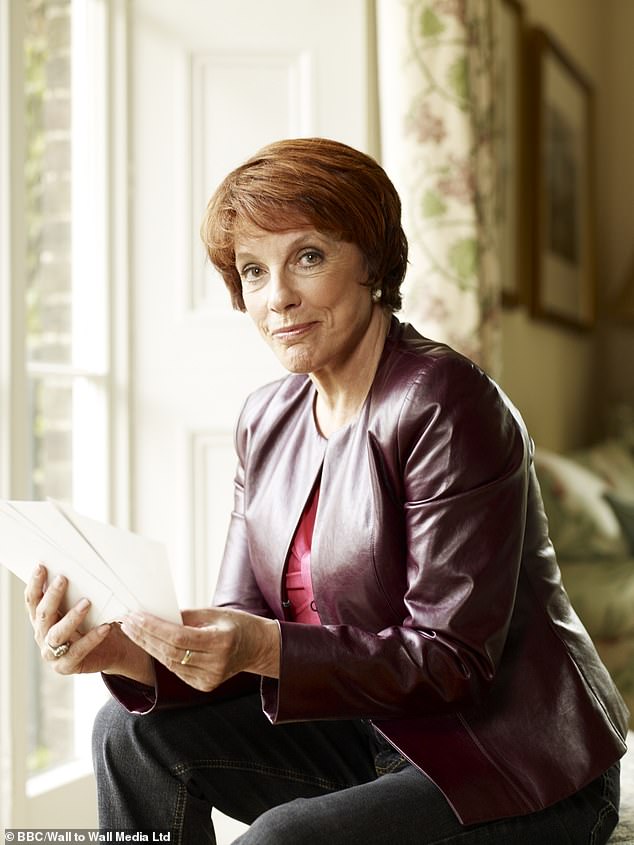 ‘Why Oh Why, I wondered, ‘Couldn’t one of my relatives have done something a bit naughty?’

Well, not the descendant of a gun-toting fraudster! While we’re all enjoying the new series of Who Do You Think You Are? Esther Rantzen reflects on how life-changing the show can be

The researcher was a sweet, rather vague young woman called Alex. Vague because, for some reason, she kept coming back to ask me the same questions. I remember standing with her in my kitchen, mildly remonstrating with her, ‘Alex, you may not realise that I’ve already told you what I know about my cousin Gerald Finzi the composer, about my ancestor Ada Leverson the novelist. What more do you want?’

Yes, my mother had often bragged about the ancestors she was proud of: Gerald the celebrated musician, and Ada the loyal friend of Oscar Wilde. But she never mentioned the black sheep of my family, her grandfather Montague Richard Leverson, and my father never talked about his grandmother Sarah Isaacs, sister of Barney Barnato, then one of the richest men in the world. So Alex reported back to the bosses that I genuinely didn’t know what I didn’t know. Thank goodness, because if I’d had the curiosity to dig up the truth myself, I would never have been selected to take part in the show that changed my life. It’s a privilege to be at the centre of such an extraordinary programme.

The research done by the Wall to Wall team (who produce the show) is dazzling. But they are very picky. The BBC has two conditions for anyone they consider making the subject of their brilliant series. Firstly, you must have an interesting, adventurous story or two dangling from your family tree – so you can’t just have a family which lives happily and dies peacefully in their beds. Secondly, you must not know about your ancestors’ past adventures, so they are a real surprise when they are revealed on the show.

I was entirely ignorant. So I stood in front of the camera at the start and grumbled that my family is so dull, so respectable, so privet-hedged, so semi-detached that it was almost stifling. Why oh why, I stupidly and smugly wondered, couldn’t one of my relatives have done something a bit naughty, just to keep the rest of us amused?

Be careful what you wish for. Before the filming was through I had discovered that one of my ancestors – the aforementioned Montague Richard – had accidentally shot the parlour maid, become a lawyer then scarpered to America with his clients’ funds, been divorced by his suffering wife for introducing poison into her cocoa pot, and returned to England with a new wife half his age. So my family was not quite so respectable after all.

But looking on the bright side, I also discovered that another ancestor had gone from being a pub entertainer in the East End of London to owning the Kimberley Diamond Mine in South Africa and finally mysteriously disappearing overboard from the deck of the ship bringing him back to his mansion in London’s Park Lane. Not nearly as stiflingly dull as I expected my family to be.

The researchers were responsible for all these revelations, combing through newspapers, birth and death certificates and censuses going back more than a century. In the end they took me to Warsaw where, to my astonishment, it seems my father’s family came from, and broke my heart when I saw that the Warsaw ghetto where they had lived had been razed to the ground by the Nazis and was now a car park.

Nearly all the subjects of this extraordinary series find themselves moved to tears, and I was no exception. The personal link with past tragedies is overwhelming. 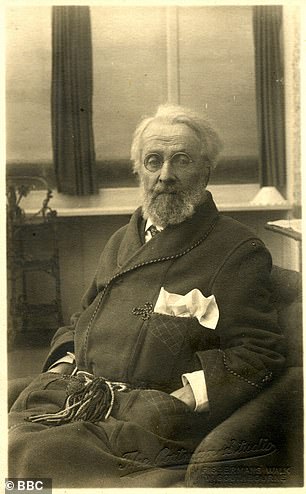 Esther found out that her Great-Grandfather had, among many scandals, shot a woman

The research had taken months but the filming was compressed into ten days, and it was an odd but hugely exciting experience. Odd, because everyone (the camera operator, the sound recordist, etc) at each location knew why we were there and what we would find – except me. I would stand on a corner to be told that an expert was coming to meet me. I had no idea what I’d be told next. When they showed me a census or a handwritten record, I could hardly believe the name in copperplate handwriting was my great-grandfather, or a five-times-great-uncle whom I’d never heard of but was a national figure in South Africa.

The experience changed my life. I’ve been to Poland with one of my daughters since, retracing my family’s footsteps which took some of them to the poverty but safety of a London slum, but condemned others to a tragic death in a Krakow concentration camp. We went to South Africa and I stood on the edge of the Kimberley Diamond Mine, and visited a reconstruction of my pub entertainer Great Uncle Barney Barnato’s Boxing Academy.

But beware if you decide to research your family tree. That relative whose name you don’t know, that family mystery nobody speaks about, may conceal a giant skeleton in your cupboard. Ever since my programme I have wondered what I have inherited from Montague, the black sheep of my family, or Barney, the multibillionaire mine owner.

Who do I think I am? Now I understand so much more about my genes, and recognise they have been handed down to me by some extraordinary characters I would never have known about without this wonderful, life-changing programme.

Celebrities who didn’t make the grade

Michael Parkinson was ‘gutted’ when he was rejected for the show. ‘When they asked if I was interested, I said I would be delighted but that my own research had unearthed nothing of note. “Oh, they all say that. But we always find something,” they said. Six weeks later they phoned to apologise. My story was so boring they had to cancel the entire project.’

Ronnie Wood’s family tree – made up of gypsies on canal barges – is so complicated that it has been put on the back-burner. Last year a TV insider said, ‘With Ronnie’s colourful relatives who can be traced back more than 300 years there was too much to be able to work through in time for this year’s series.’

Eamonn Holmes was dropped after two days of interviews and documentation about his farming ancestors. The presenter says that the researchers ‘never, ever got back to me. We come from a very boring family.’

Cherie Blair was equally disappointed. She said, ‘I love the programme, so I was thrilled when I was approached to take part. But after some investigation, they decided not to go ahead because my ancestors weren’t very interesting.’

Stephen Mangan has said, ‘Everyone thinks that I’m posh, but Dad was a builder and Mum worked in a bar in Camden and they lived in Kilburn.’ Researchers for the programme found that the actor’s ancestors all came from the same small place in Ireland and led unexciting lives so he was dropped from the show. 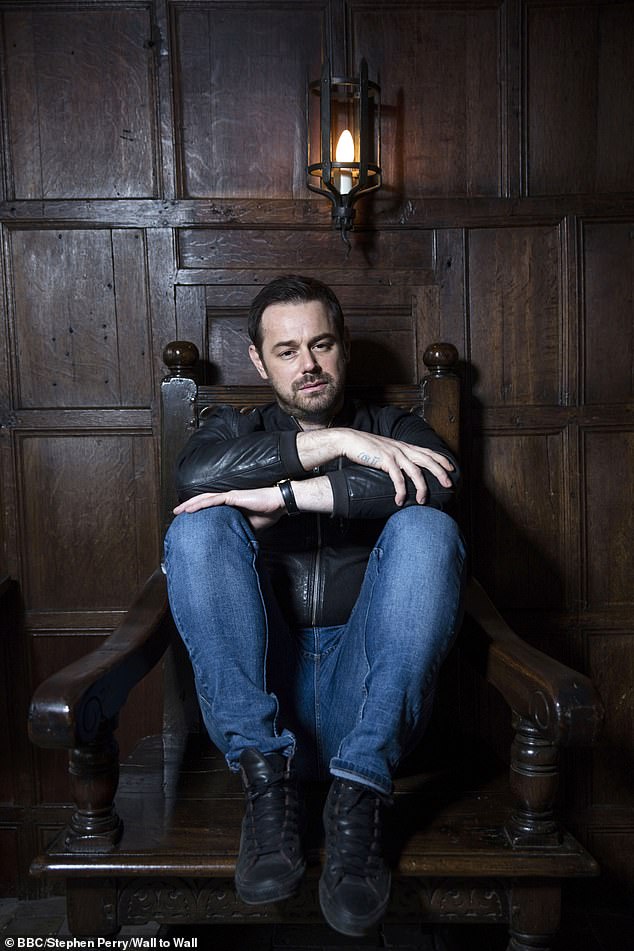 The biggest surprise on the show had to be Danny Dyer’s appearance – not least because his high-jinks-packed hunt concluded with the discovery that he is a direct descendant of Edward III. ‘I don’t know what to say,’ he said. ‘I need a moment to digest this. A kid from Canning Town is related to Edward III.’ The show was nominated for the BAFTA must-see moment in 2017. 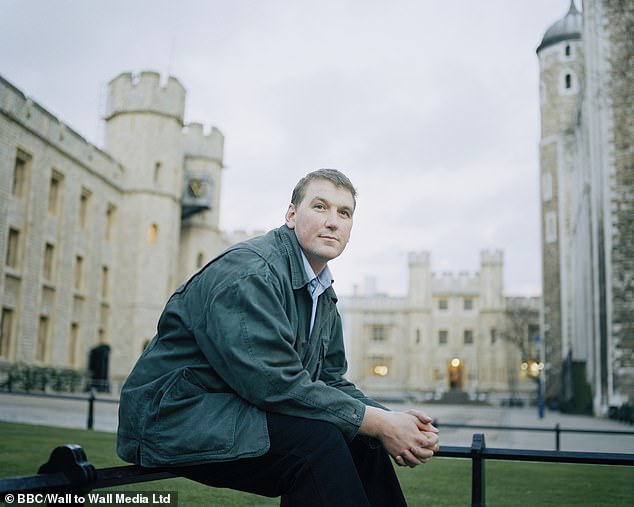 Another celebrity of royal descent is Olympian Matthew Pinsent. Researchers traced his lineage back to Edward I and William the Conqueror – then even further back following the discovery of an ancient scroll which stated William was a descendant of God, through Adam and Eve. 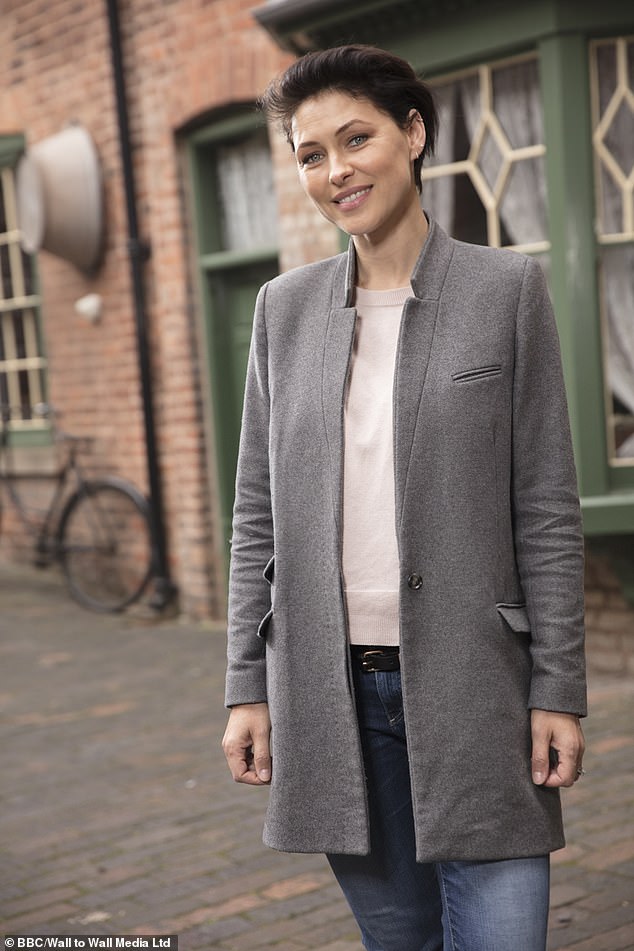 Presenter Emma Willis was shocked to discover that her five-times-great-grandfather was a murderer. He’d been involved with the kidnapping, stabbing and torturing of a blacksmith and his son during religious tensions in Ireland at the time. ‘That’s exactly what I didn’t want to find out,’ she told the cameras. 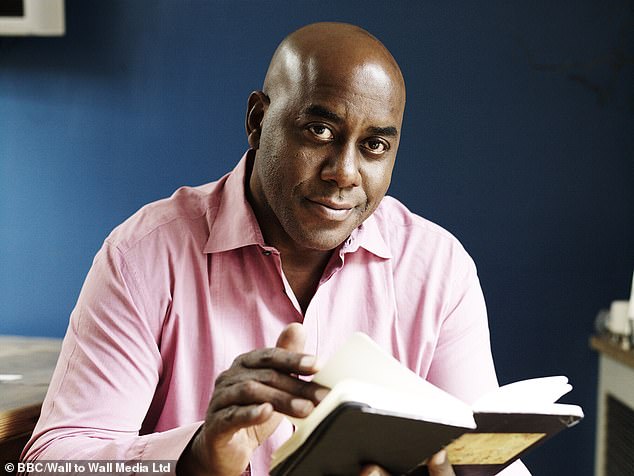 During Ainsley Harriott’s time on the show, there were some incredible moments including an emotional revelation that his great-great-great-grandmother was a slave – and that she had been bought at just two years old. After travelling to Barbados to find out more, he was stunned to discover his great-great-great grandfather came from a long line of white slave owners. 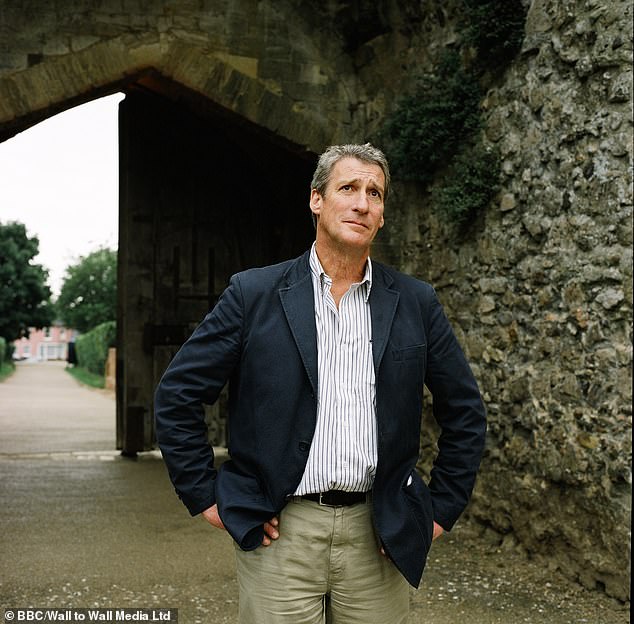 Jeremy Paxman was reduced to tears after learning of his widowed great-grandmother’s struggle to raise nine children in the slums of late Victorian Glasgow. ‘We just don’t know we’re born,’ he said. ‘This family history business, it’s upsetting.’

Series 17 of Who Do You Think You Are? continues on BBC1 on Monday at 9pm and on iPlayer