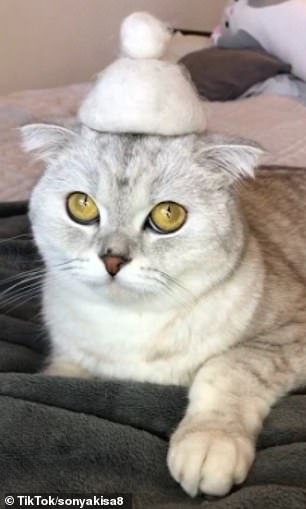 An owner created hats made out of hair for her patient cat in a TikTok video viewed 46million times.

The unnamed owner from Moscow, Russia, brushed Sonya the cat before removing clumps of fur from the brush to create a beret, cap and beanie for her to wear.

A video of the hilarious project quickly went viral after being shared on TikTok, with over 46 million people watching the bizarre clip. 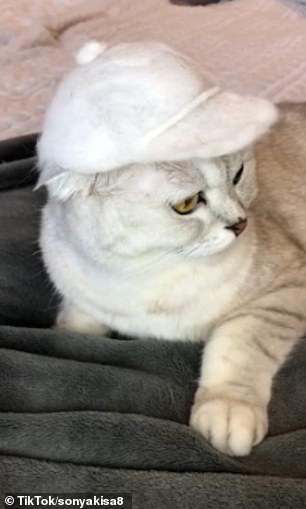 At the start of the clip Sonya is seen being brushed by her owner, who removes a large clump of loose fur.

Sonya then sits and looks rather unimpressed as a bobble hat is placed on top of her head, followed by a baseball cap.

Then a dress hat and what appears to be a top hat are also sculpted and then worn by Sonya. 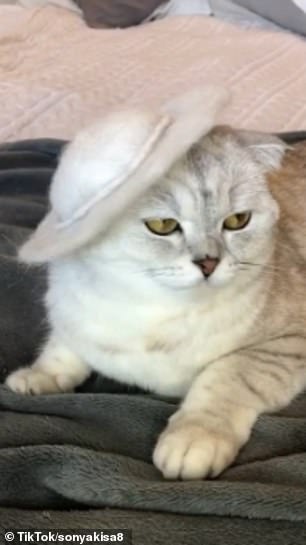 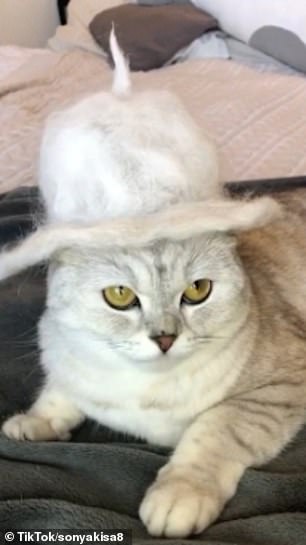 Multiple hats are trialled on Sonya’s head including a bobble hat, flat cap, a dress hat (left) and a top hat (right)

TikTok users loved Sonya’s reluctant grooming session, with one commenting: ‘I’m on a tram actually laughing out loud. Lost it at the hat.’

Another likened the cat to a Dr Seuss character, saying: ‘The cat in the hat!’

An account set up for Basil the beagle left a comment saying: ‘This epic. I wish I had enough fur to do this!’

People on TikTok fell in love with Sonya and the clip of her trying on the different hats, with one account, dedicated to a beagle called Basil, wishing they had enough fur to try it themselves