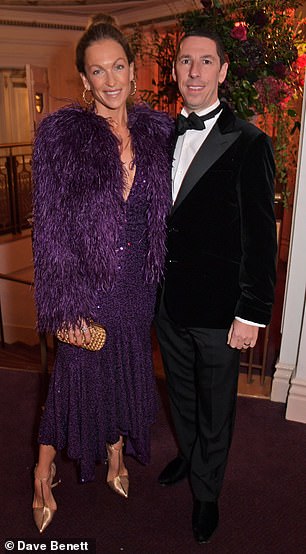 TALK OF THE TOWN: Property tycoon Christian Candy moves his family to a beachfront compound in the Bahamas after spending five years creating a £150million country estate in Surrey

He has spent five years creating a colossal £150 million country estate nicknamed ‘Candyland’ in Surrey, but as builders apply the final touches, Christian Candy has moved his family to the Caribbean.

The property tycoon and wife Emily have relocated to a beachfront compound in the Bahamas and are understood to be home-schooling their twins.

They left in March shortly before lockdown, but a source said the coronavirus outbreak was not the reason. 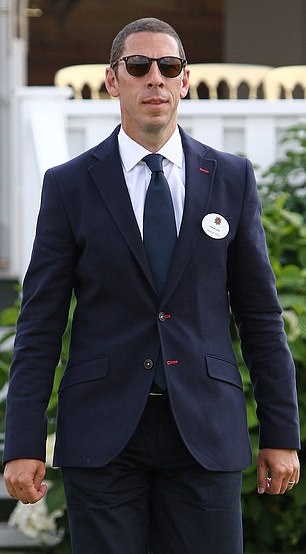 Christian Candy pictured left, with his wife Emily Crompton, attending the 65th Evening Standards Theatre Awards in 2019, and right, at Guards Polo Club in Egham in 2016

‘Christian said he was sick of the UK and that they were going away for at least a year,’ a friend said. ‘It seemed like quite a sudden change of plan.’

The Bahamas are well known for advantageous tax laws, which mean residents do not pay income, inheritance or wealth taxes. While there is no suggestion this fact lies behind the decision, Mr Candy did name his children Cayman and Monaco – both tax havens…

What do you get Sir Cliff Richard, the man who has everything, for his 80th birthday? Well, a buyer for his stunning Barbados mansion would be a start. The singer, who celebrated the milestone birthday last week, is struggling to sell the six-bedroom property and has now had to knock £120,000 off the asking price.

Located on the exclusive Sugar Hill Estate on the west of the island, it is set on 2.6 acres and boasts magnificent sea views and a private pool. Sir Cliff bought the property 20 years ago, and from 2003 to 2005 he allowed then Prime Minister Tony Blair and his family to holiday there.

But no buyer has stepped forward since it went on the market in December. It can now be yours for just £6.7 million. Now, where’s my chequebook?