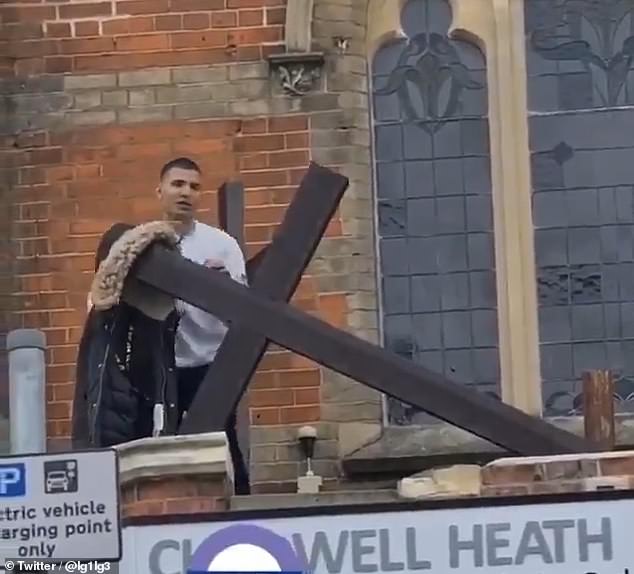 A man who attempted to rip a large cross from the roof of an east London church has been arrested by police.

Footage posted on social media appears to show a man repeatedly trying to pull a wooden cross from its base above the entrance to Chadwell Heath Baptist Church in Romford.

With the hood of a coat placed over the cross the man can be seen using all his force to release the cross from the roof of the church.

Footage shows the moment a man is seen pulling a cross from its base on the roof of Chadwell Heath Baptist Church in Romford, east London

The Metropolitan Police said it was called to the church on High Road at 2.40pm on Sunday and arrested a man at the scene on suspicion of criminal damage.

A spokesman for the force said the cross was recovered and the man remains in police custody.

Chadwell Heath Baptist Church has been contacted for comment. 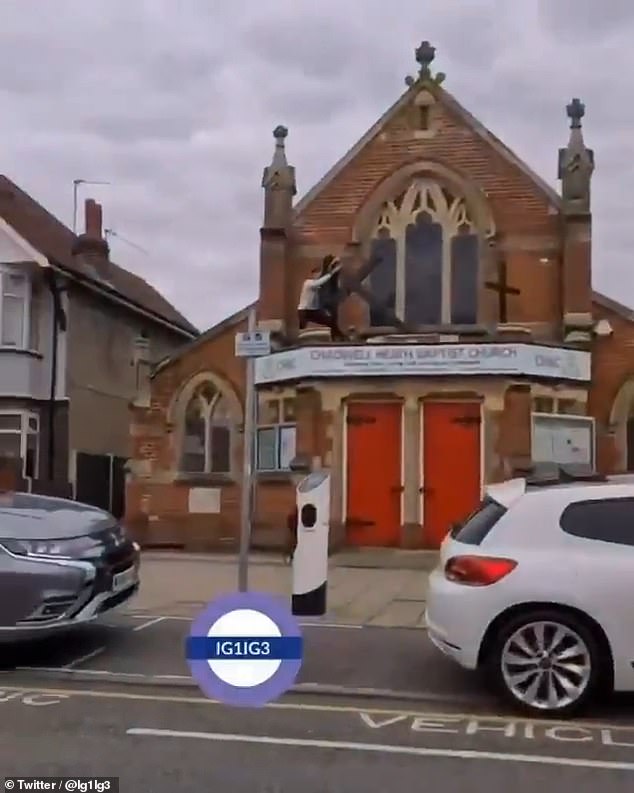 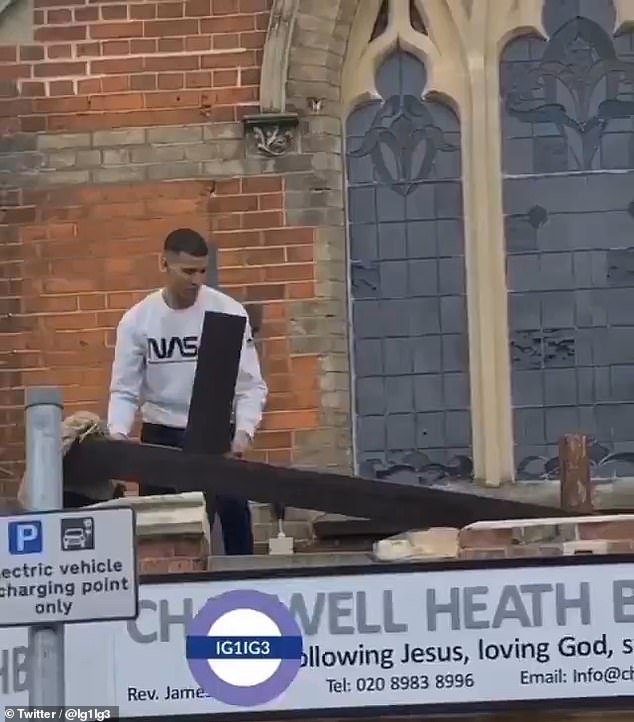 The cross was recovered and the suspect remains in custody, said the Metropolitan Police 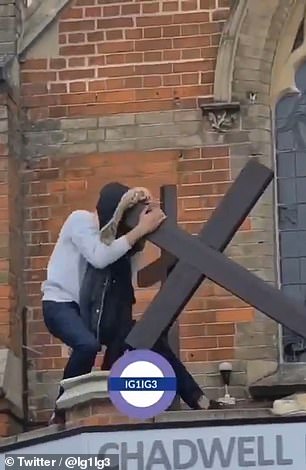 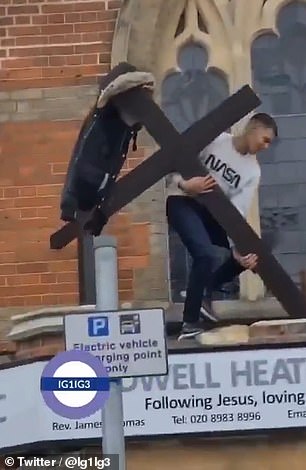 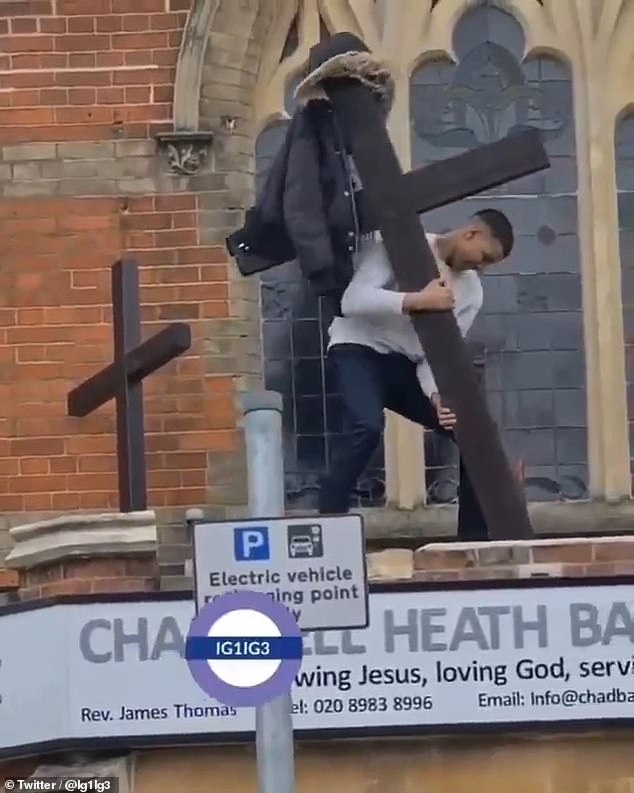 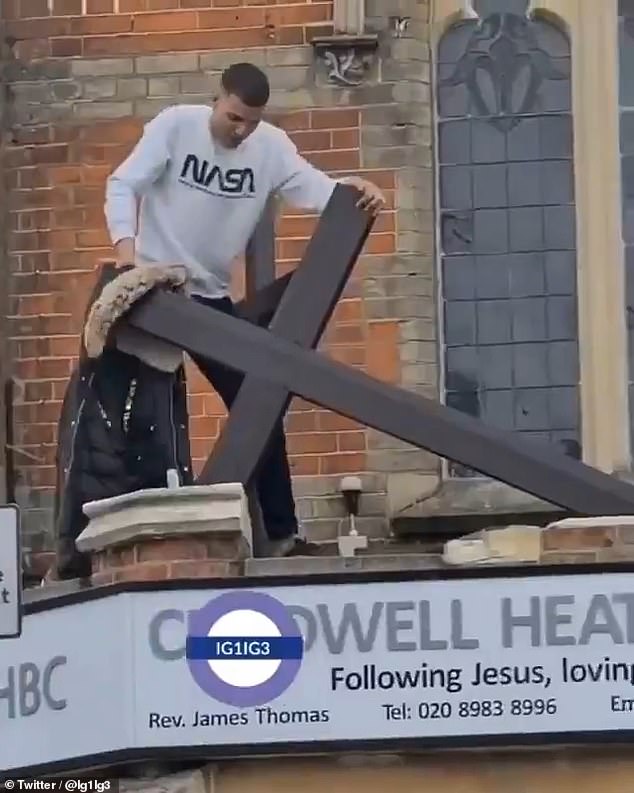 The footage, taken from a distance, clearly shows the suspect appearing to vandalise the church