They made their relationship Instagram official back in July.

And Demi Sims appeared more loved-up than ever as she packed on the PDA with girlfriend Leonie Mcsorley, 23, during a night out in London on Saturday.

The TOWIE star, 23, could not keep her hands off the blonde bombshell as they shared a passionate kiss outside Ballie Ballerson in Shoreditch.

Pucker up! Demi Sims packed on the PDA with girlfriend Leonie Mcsorley, 23, during a night out in London on Saturday

Demi looked sensational during the fun-filled night out in a white crop top which flashed a glimpse at her taut midriff.

She also donned some stylish faux-leather trousers with a strap detail on the legs, giving another glimpse at her toned frame.

Adding a splash of colour to her look, the blonde toted a small yellow leather handbag and wore complementary Nike trainers. 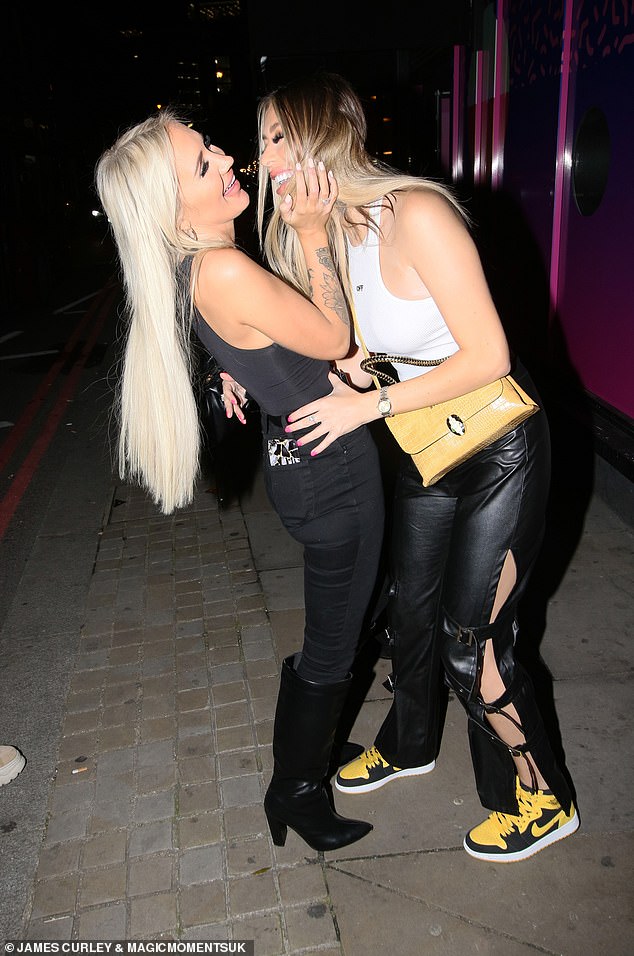 Having fun: The couple could not keep their hands off each other as they larked around on the street

The former Ex On The Beach star wore her blonde locks down and straight, letting them cascade down her back as she larked around with Demi outside the venue.

Joining the happy couple was Demi’s sister Frankie Sims, who is thought to have split from her beau Harry Lee earlier this week.

Despite the apparent heartbreak, Frankie appeared to be in good spirits as she posed up a storm with her pals in a silk scarf top. 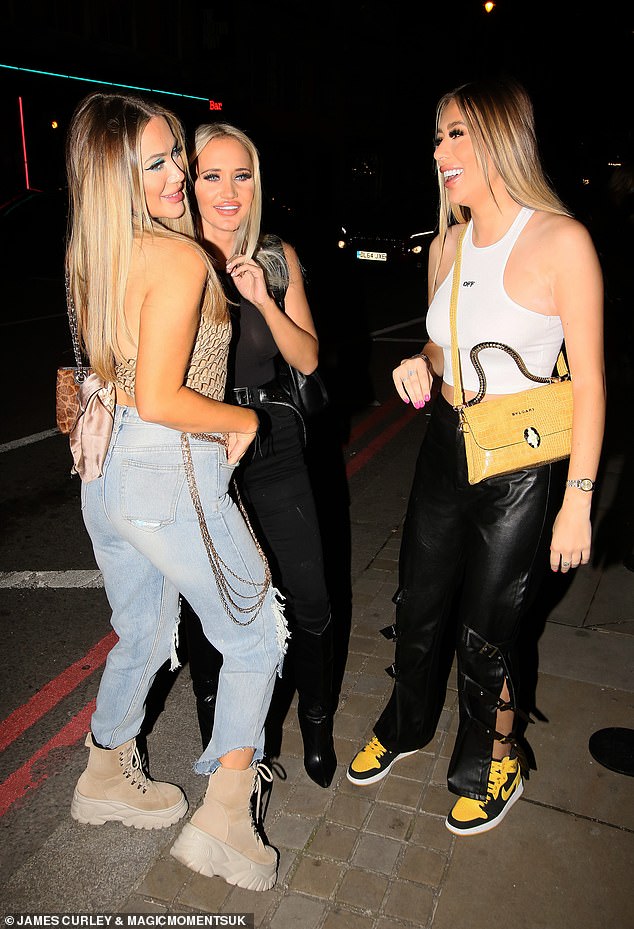 Flaunt it: Frankie Sims also appeared to be in good spirits as she showed off her toned frame in ripped jeans and a silk scarf top 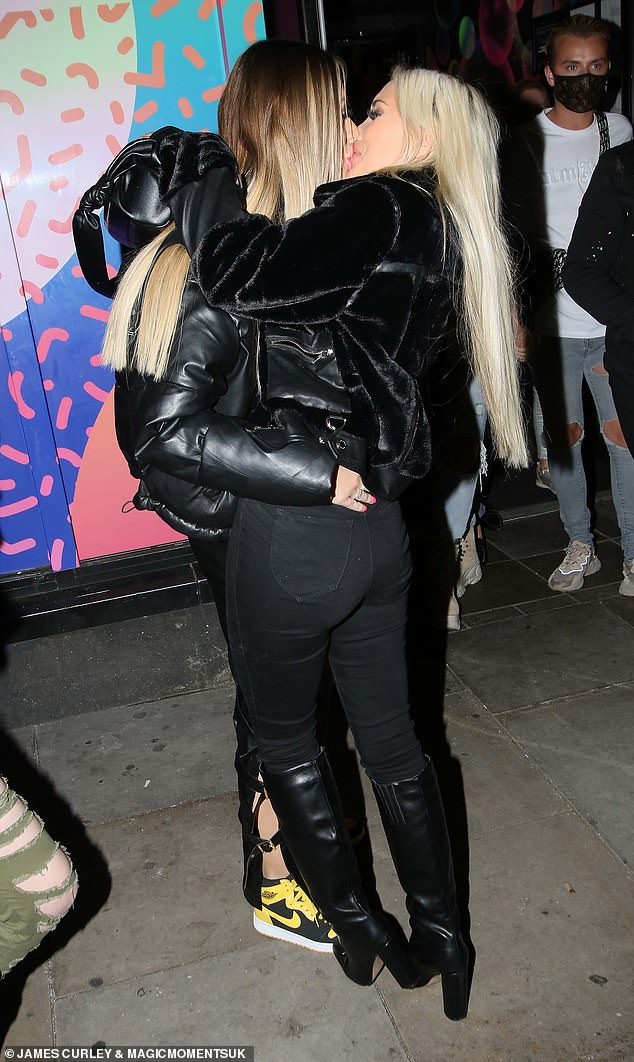 Passionate: Demi wrapped her arm around Leonie before putting on a very cosy display 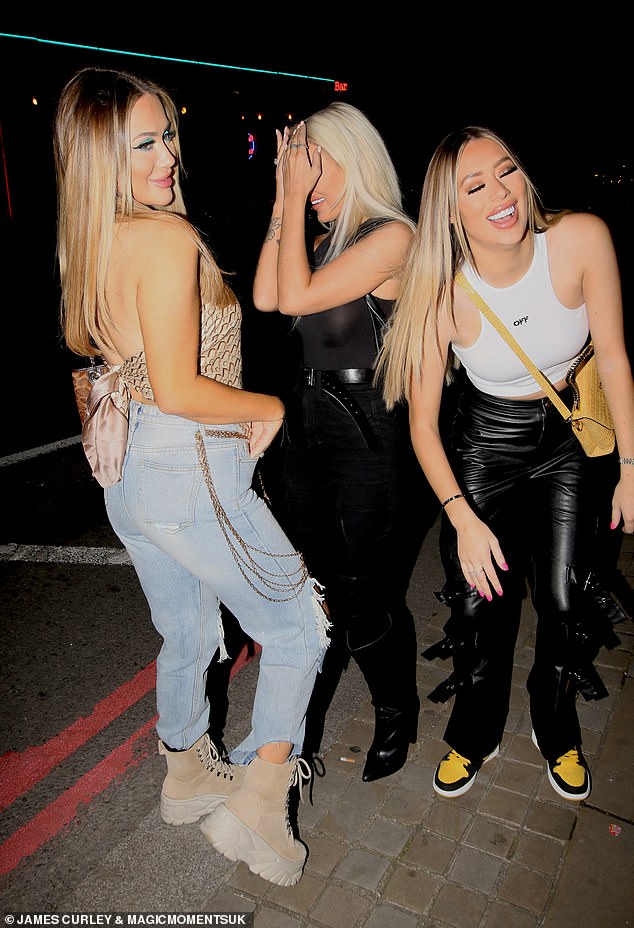 Girls girls girls: The blonde beauties all opted for stylish ensembles of crop tops with trousers

Frankie kept her ensemble casual with a pair of ripped denim jeans and some chunky boots to add extra height to her ensemble.

The beauties were also joined by TOWIE cast member Harry Derbidge and his fiance Dean Rowland.

Harry looked stylish in a white t-shirt and jeans, finishing his look with a selection of designer accessories including a Louis Vuitton face mask.

Demi publicly confirmed her relationship with Leonie Mcsorley in July by sharing video of her surprising Leonie with a heart-shaped cookie and flowers. 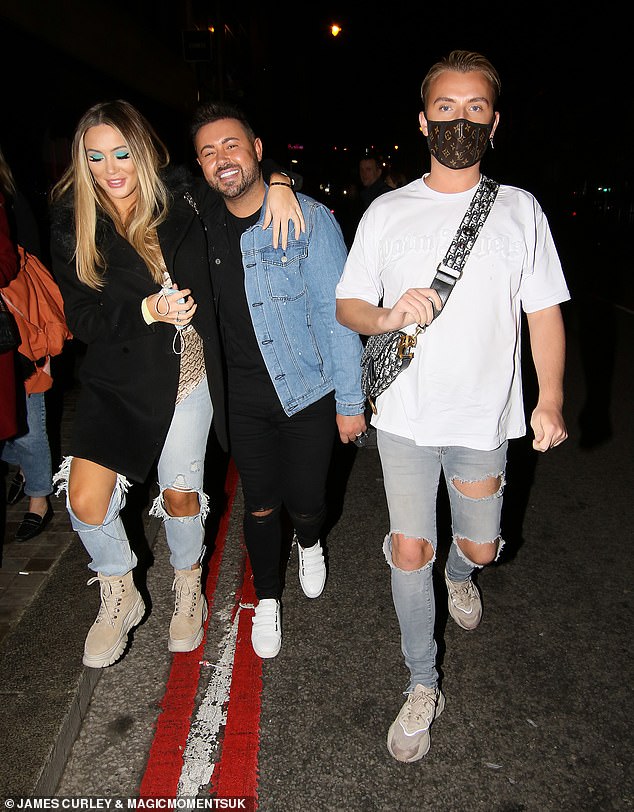 Night out: The beauties were also joined by TOWIE cast member Harry Derbidge and his fiance Dean Rowland 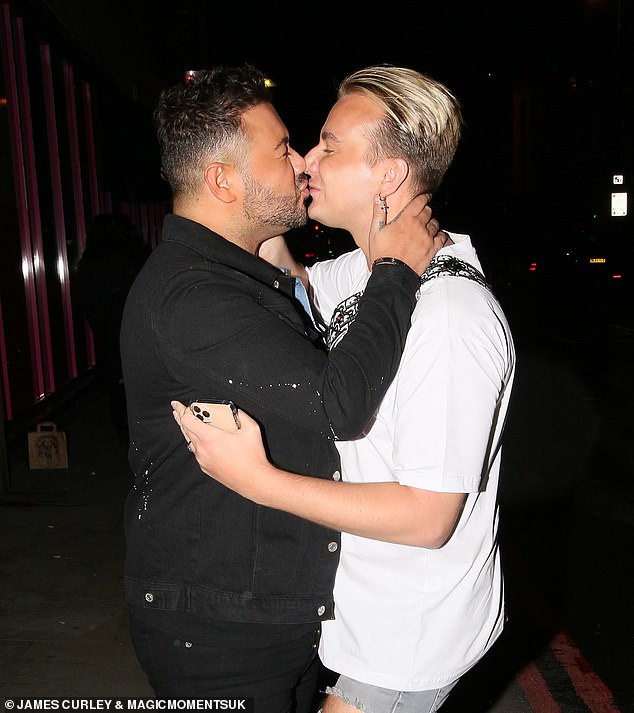 Tender moment: Harry and Dean shared a kiss outside the London venue as well

The TOWIE star shared a selection of clips and videos on her Instagram page of the cookie, which had been decorated with the words: ‘Will you be my girlfriend?’

Leonie’s twin sister Che gave Demi the stamp of approval as she posted a heart-warming message on Twitter and praised her sister for ‘coming to terms with her sexuality’ after years of ‘feeling angry and confused’.

Prior the their relationship, Demi was linked to Love Island star Megan, 26, as they struck up a romance on E4’s show, Celebs Go Dating.

But they later went their separate ways with Megan admitting that Demi made her question if she was actually gay or not as she said they had no ‘sexual chemistry’. 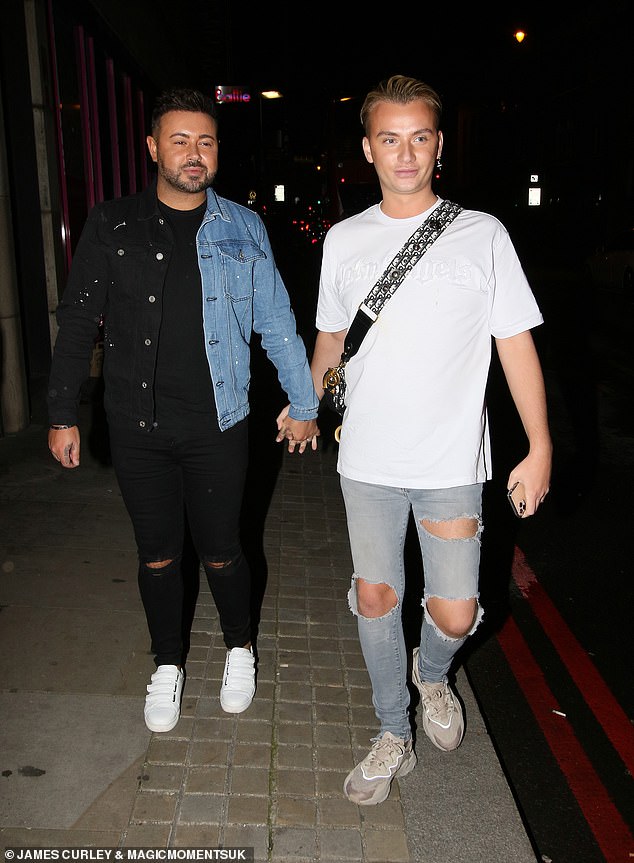 Heading home: The engaged couple held hands as they strolled along the street