By James Tozer for Daily Mail

A former MP who was passed secret documents he used to embarrass a Cabinet minister believes he was burgled by MI5.

Elfyn Llwyd found a hole cut in his bathroom ceiling and pieces of paper taken from his flat – but valuables were left untouched.

The break-in took place during John Major’s government after he was passed documents marked ‘from a friend’ which enabled him to ask embarrassing questions of then Welsh Secretary and Eurosceptic John Redwood.

Barrister Mr Llywd, who was a Plaid Cymru MP, said the leaks showed the Welsh Office had ‘prevented staff from sending in European funding applications’.

In his memoirs he writes of the break-in: ‘I arrived at my flat around 10.30pm and went to the bathroom for a moment.

‘I saw that there was dust everywhere. I looked up and saw that about a third of the ceiling had been cut very neatly and that someone had come into my flat that way.

‘I ran through the flat and found that every piece of paper had disappeared and the pockets of each suit had been turned inside out.

‘Strangely, the TV was still there, plus a pair of gold cuff links on the fireplace shelf in the lounge and about £60 in paper money as well.’

Mr Llwyd said he called the police and two officers came to his flat and asked him what his job was.

‘I replied that I was a Member of Parliament and they both smiled at each other,’ he added.

When asked why they were smiling one replied: ‘It’s just we don’t often see a job of this quality.’ 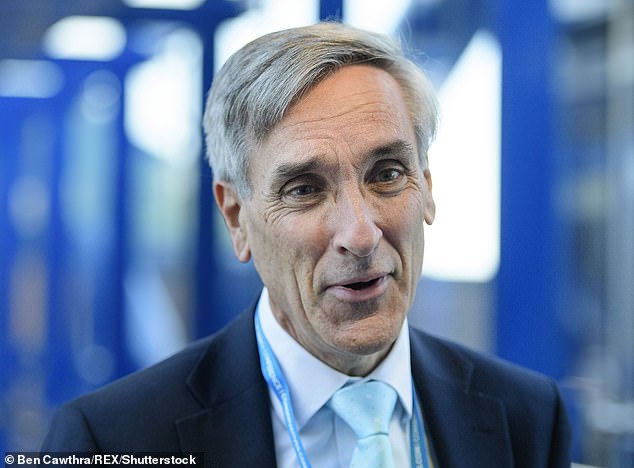 Mr Llwyd added: ‘The two police officers immediately concluded that this was the work of the secret services and I was told not to expect further development from the investigation.’

He wrote that he was convinced MI5 had been in the apartment looking for ‘any information that could lead to the ‘mole’.’

Mr Redwood said yesterday he had no memory of such a mole hunt during his time at the Welsh Office, dismissing the alleged incident as ‘ancient history’.

Mr Llwyd was an MP until 2015. Scotland Yard and the Home Office declined to comment yesterday.