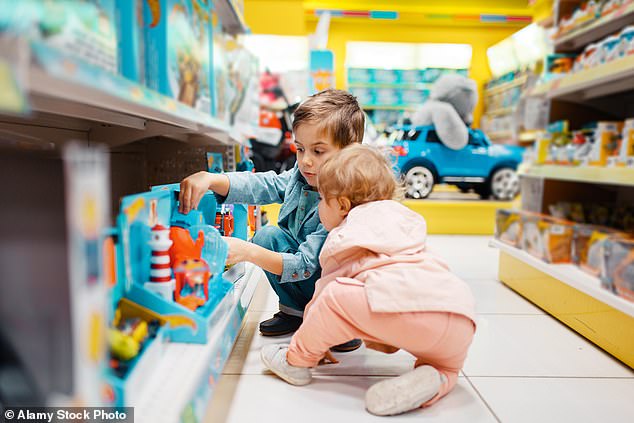 Supermarket giant Asda is set for a significant overhaul that will mimic department stores by hiring out large parts of its shops to other businesses.

The bold plan under its new owners – a departure from how its rivals are run – means the stores will remain owned by Asda but it will seek to rent out increasingly large areas to specialist retailers such as toy and fashion firms.

The owners now include Blackburn’s Issa brothers, private equity firm TDR and US retail giant Walmart. The strategy is the bedrock of a plan to decouple the business from Walmart and it has already been rubber stamped by the American corporation, which agreed to sell Asda earlier this month.

Overhaul: Shops selling toys and other goods will feature in Asda stores

Walmart will retain a minority stake and most likely a seat on the board. Walmart has already quietly begun the overhaul, bringing in Claire’s Accessories, B&Q and toy retailer The Entertainer to run ‘shop in shops’.

One source described it as a ‘confluence of thinking’ between Walmart and the Issas, who also lease space to McDonald’s and Starbucks.

An insider said: ‘They are essentially landlords already and the model has worked very well for them.’ The Mail on Sunday revealed earlier this month that a sale of clothing business George at Asda has been considered as part of the overhaul.

It could take as long as three years to disentangle Asda from Walmart completely.

Unlike most retailers, Asda and other supermarkets own a substantial proportion of their shops. Sources said the concession and lease contracts would provide a solid income stream for Asda if the Issas were to sell the business on to new investors.