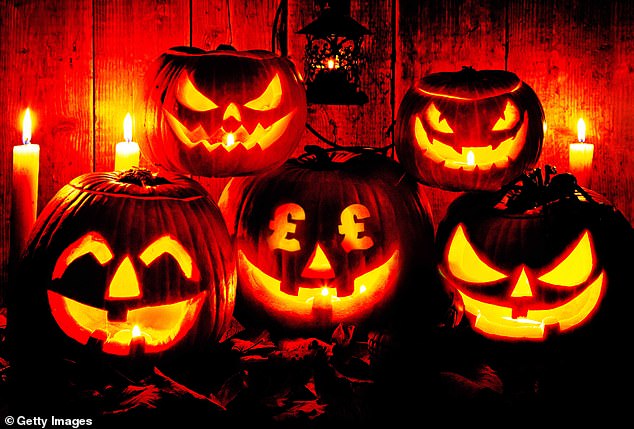 Ever since the coronavirus crippled the UK, hundreds of billions of pounds of aid have been on offer to those worst affected. But now some of that support will be pulled on Halloween.

The generous furlough scheme will end, and mortgage and loan holidays will be taken off the table — along with interest-free overdrafts.

Yet it comes as swathes of the country are still under lockdown and millions of jobs remain under threat.

Money to burn?: The FCA has told banks and lenders it expects them to work with customers to ease their money troubles

The Financial Conduct Authority (FCA) has warned that 12 million Britons might soon struggle to pay their bills — two million more than at the start of the pandemic.

The regulator has told banks and lenders it expects them to work with customers to ease their money troubles.

And while some new support packages have been made available, experts fear an explosion of repossessions as many fall deeper into debt.

Here, Money Mail guides you through the support available…

Chancellor Rishi Sunak’s bailout package meant those who could not work still received 80 per cent of their wages up to £2,500 every month.

This promise back in March has since seen £35billion paid out to more than nine million workers. The scheme will end on Saturday and will be replaced by the Job Support Scheme, which will run for six months. It will see workers in businesses forced to shut down by Tier Three restrictions paid 67 per cent of their wages, up to £2,100 a month.

But Becky O’Connor, head of pensions and savings at Interactive Investor, says: ‘Lockdown measures in the coming weeks will put the income of thousands of affected workers in peril. The new support in the winter plan might not prevent the nightmare facing some workers.’

The Government has extended its support for the self-employed until April 30 next year. The first two grants have now closed but a third will cover the period from November 1 to January 31.

The original criteria remains, including having to earn more than 50 per cent of your income from self-employment and making less than £50,000 a year.

If eligible, you can claim 40 per cent of three months’ worth of average monthly profits up to £3,750. This is only around half of the first two grants. A fourth grant will cover the period from February 1 until April 31.

Authorities in Tier Two areas will receive grants based on the number and size of hospitality, accommodation and leisure firms in their area. Grants will be worth up to £2,100 per month for properties with a rateable value of more than £51,000.

Councils will have responsibility for determining eligible firms in their areas. They will also receive a 5 per cent ‘top-up’ to help struggling firms in other sectors.

In Tier Three, grants of up to £3,000 per month will be available to businesses forced to close because of restrictions.

The Government has also extended the deadline for applying for a bounce-back loan of up to £50,000 to November 30.

Homeowners worried about meeting mortgage payments have been able to get up to six months off the bills — no questions asked.

About 2.5 million borrowers took at least a three-month break from payments. But on Saturday, the payment breaks will be no longer widely on offer, and instead will be available only to those who need them. Any help will be recorded on your credit report.

If you fear you cannot make p­ayments, talk to your lender. It may be that you can have another break from payments, or make reduced payments, or the term of your mortgage could be extended. You could also be moved on to an interest-only arrangement.

Tenants should speak to their landlord about a payment plan if struggling to pay rent. Private landlords must give six months’ notice if they want to evict you.

Renters in England and Wales cannot be evicted between December 11 and January 11 as part of a ‘winter truce’.

I FEAR I WON’T BE ABLE TO COPE

Grandmother Gail Diovisalvi fears she won’t be able to afford repayments when her six-month mortgage holiday ends this month.

Gail, 62, paused payments in May after her work as a freelance examiner dried up. 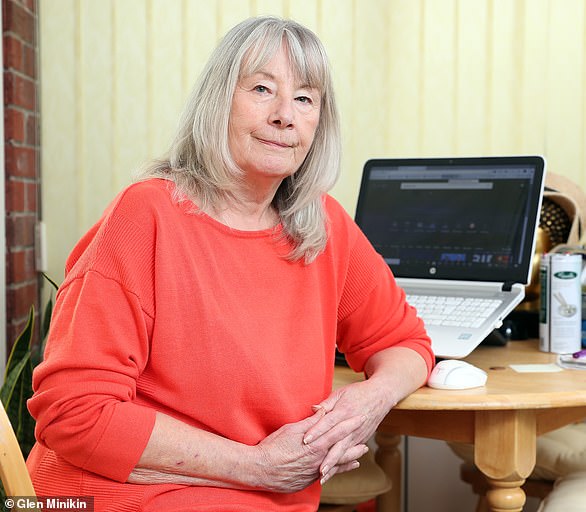 She says she has ‘no choice’ but to resume repayments — which are now £32 higher — even though she cannot afford it.

Gail, who lives in Scunthorpe, Lincolnshire, was ineligible for selfemployed income support because the firms she worked for paid her via PAYE. But she was also ineligible for the f­urlough scheme because HMRC said she was self-employed.

‘It’s a disgraceful situation to be in,’ she says. ‘I’ve worked for 46 years and paid all my taxes. I just feel like I’m being penalised.

‘My surname means ‘God save us’. It feels appropriate.’

Energy regulator Ofgem is bringing in new rules from December 15 to help those struggling to pay their bills.

Suppliers will be required to offer emergency credit to customers who cannot top up prepayment meters and ‘realistic’ repayment plans must be provided to those in debt. Disconnections of standard credit meters have been suspended.

Broadband providers say anyone struggling to pay their bills should contact them as soon as possible. Regulator Ofcom has told firms not to disconnect customers who cannot pay.

Speak to your local authority if you are struggling to pay council tax. Saturday. More than 4.4 million loan repayment breaks have been granted. As with mortgage holidays, the interest mounts while the debt is unpaid so those borrowers will face bigger bills.

Those still struggling should talk to their lender, but further deferrals will affect their credit score.

Banking body UK Finance says lenders might reduce payments for a short period if the customer’s circumstances are expected to improve, or agree a long-term repayment plan if the borrower is having serious difficulties.

Banks have handed out more than 27 million £500 interest-free overdrafts during the crisis, but they will no longer be required to do so and will be free to charge rates of up to 40 per cent or more.

If you are struggling to pay off your overdraft, your bank could reduce or waive interest, allowing you to settle the debt gradually.