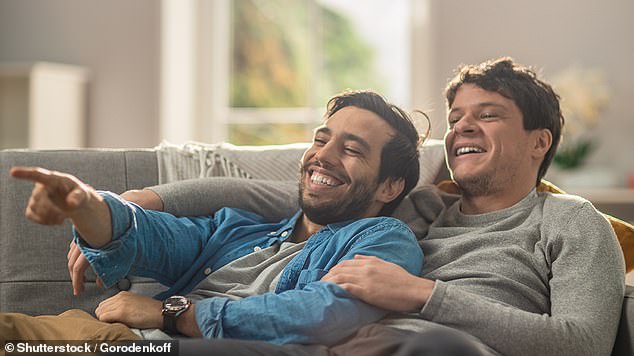 By Dan Avery For Dailymail.com

A new side effect of COVID-19 has been detected: It’s turning Americans into couch potatoes.

A recent poll found the average American has spent an additional two hours a day sitting on their sofa — or about 448 hours in the past 32 weeks.

The survey of 2,000 Americans, conducted by OnePoll in conjunction with furniture retailer Article, found that 61 percent of those working from home are using their sofa as a makeshift workstation.

Many respondents were emotionally, as well as physically, attached to their couches: Seventy percent said their sofa had become their ‘best friend’ and 36 percent said it would pain them to throw it away.

A survey  conducted by OnePoll in conjunction with furniture retailer Article found that  the average American has spent an additional two hours a day sitting on their sofa during the pandemic, or about 448 hours in the past 32 weeks

On the flip side, slightly more than half (51 percent) said they felt stuck with their current couch because it was too expensive to buy a new one.

Seven in ten said their idea of a ‘perfect night’ involved spending time on the sofa.

Fifty-seven percent said their sofa has been around for all their significant memories.

But for all people that seem to like their couches, they don’t show them much love: An earlier survey from Joybird found that 42 percent of respondents only clean their sofas occasionally. 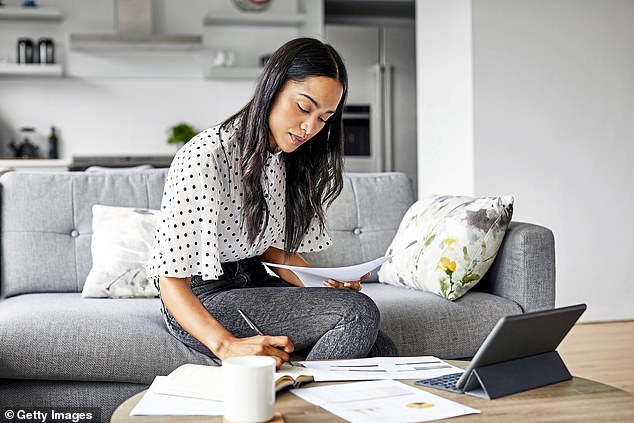 Conducted well before the pandemic, the survey found half of respondents spent 7 or more hours a week on their sofa. Over 32 hours, that’s just 224 hours total.

Some 45 percent preferred to lay on the sofa, as opposed to sitting upright.

When sharing the couch with a partner, 32 percent said personal space was very important, compared to 40 percent who said it wasn’t that important.

If they were sitting with a friend, however, 53 percent prioritized personal space, with only 13 percent saying it didn’t matter much.

According to UK media watchdog OfCom, a lot of that couch time was spent watching TV:  In April, viewers spent six hours and 25 minutes a day watching TV and online video content, a rise of more than 30 percent over April 2019.

Twelve million Brits joined a streaming service they hadn’t used previously, including three million who had never subscribed to one before. 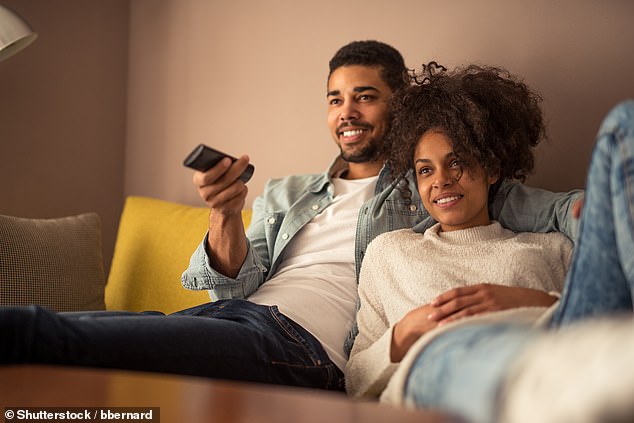 In April, viewers in the UK spent six hours and 25 minutes a day watching TV and online video content, a rise of more than 30 percent over April 2019

Of course, there’s more to life than sitting on the sofa, even during lockdown: Asked how they’re spending their time, 35 percent of people in the OnePoll survey said they’re binge-watching Netflix series, while nearly a third (32 percent) claim to be reading books.

About 32 percent of those polled are passing the time baking, while 39 percent are cooking more. An even higher percentage, 42 percent, said they’re ordering takeout.

A further 35 percent are playing board games.

That doesn’t mean socializing is gone altogether: Some 28 percent are having socially distant get-togethers with friends, with 32 percent opting for online hangouts on Zoom and other platforms.