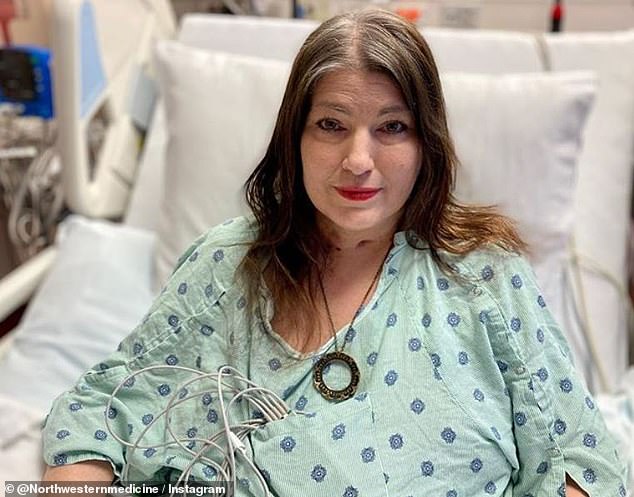 Many people who contract COVID-19 have so much scarring and damage done to their lungs that their hope of survival is a new set of organs.

At least 11 transplants have been reported nationwide including New Mexico, Texas, Wisconsin, Florida in patients as young as 28 and as old as 62.

And Northwestern Medicine, in Chicago, which was the first center to perform a double lung transplant in the US for a COVID-19 patient – has done more than half of the operations with seven in total.

Doctors say they have at least three more transplants planned at the hospital and believe that the surgeries become standard for patients who are on the brink of death.

At least 11 have been performed in total and  first-ever patient was Mayra Ramirez, a 28-year-old Chicago native (left) who spent six weeks on a ventilator before receiving a new set of lungs. Others are patients like Andrew Lawrence, 54 (tight), an ER physician from Texas, who had to relocate for the surgery.

‘Every day we get four to six phone calls at a minimum,’ Dr Ankit Bharat, chief of thoracic surgery and surgical director of the Northwestern Medicine Lung Transplant Program, told the Chicago Tribune.

Lung transplants are much more difficult for COVID-19 patients because of the severity of damage the virus does to the organ.

Additionally, doctors have to wait for the virus to clear the body but make sure the patient’s organs don’t fail.

On a national ranking system out of 100, which tracks how sick transplant patients are, COVID-19 patients usually fall between 80 and 90.

Bharat told the Tribune that the damage to their lungs looks like a ‘bomb blast has gone off.’

He admits he was initially skeptical about performing lung transplants on coronavirus patients due to the risks of the procedure.

However, this changed in June when 28-year-old Mayra Ramirez, from Chicago, spent six weeks on a ventilator and her lungs showed signs of irreversible damage.

In late April, Ramirez started experiencing signs such as diarrhea, loss of taste and smell, and a fever.

In April, Ramirez started experiencing signs of the virus such as diarrhea, loss of taste and smell, and a fever. After visiting the ER, she tested positive for COVID-19 and was soon after placed on a ventilator. Pictured: Ramirez in the hospital, left, and after her transplant, right 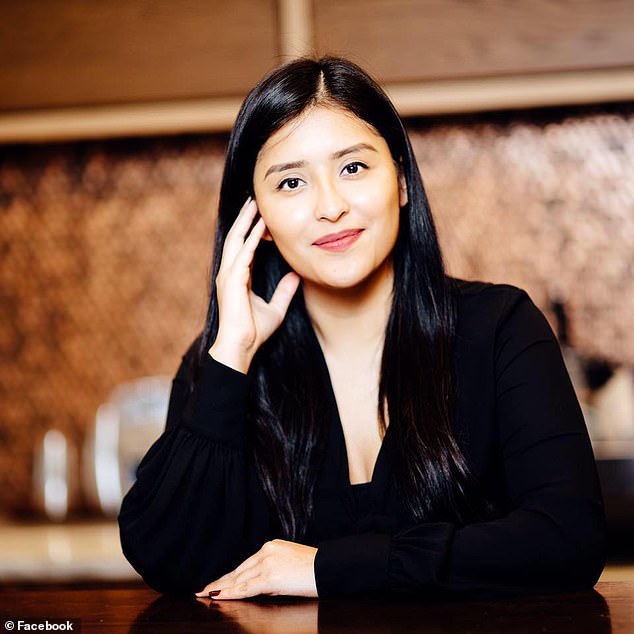 She visited at the ER at Northwestern, where staff checked her vitals and found her oxygen levels were extremely low.

Her mother and sisters, who flew from North Carolina to Illinois – to potentially say goodbye – were told there was one last thing they could try.

‘Our team didn’t want to give up on her,’ he told the newspaper.

The surgery was a success and although the road to recovery was long and difficult, Ramirez says she is doing well.

Two weeks ago, she shared on Facebook: ‘[Five] months since I received my new lungs due to Covid-19. Time has flown by! Happy [five]-month breathday to me.’

One of those patients is Kari Wegg, 48, a neonatal intensive care unit (NICU) nurse from Westfield, Indiana, who was the sixth patient at Northwestern to receive a transplant.

Wegg (pictured, with her husband) tested positive for the virus in July and her health began rapidly deteriorating 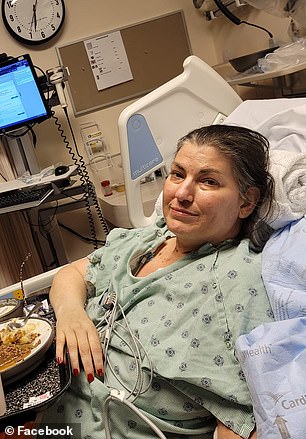 Ten weeks after testing positive, Wegg (left and right) was transferred to Northwestern and received a double lung transplant. She is currently recovering and says she hopes to soon see her sons again in person

Wegg tested positive for COVID-19 in July and developed symptoms such as shortness of breath and loss of taste and smell.

Her health rapidly deteriorated and it wasn’t long before she was hospitalized and placed on a ventilator.

‘I just kept getting worse,’ she told the Tribune.

Wegg’s husband, Rodney a respiratory therapist said that he was considering taking her off of life support at one point.

However, the day before her birthday, she was transferred to Northwestern Hospital and spent just a few days on the transplant list.

Ten weeks after initially testing positive, Wegg woke up with a new set of lungs.

The mother-of-two hasn’t seen her sons, ages 13 and 14 since July, but hopes to recover soon so she can hug them again.

She said she wants to urge anyone who will listen to diligently wash their hands, wear a mask and to stay at home when possible.

‘With all those things, you are saving someone else’s life, and even your own,’ Wegg told the Tribune.

In July, after Lawrence tested positive, he was soon transferred to a hospital in San Antonio, where he was told he likely needed a double lung transplant in Chicago. Pictured: Lawrence after his transplant 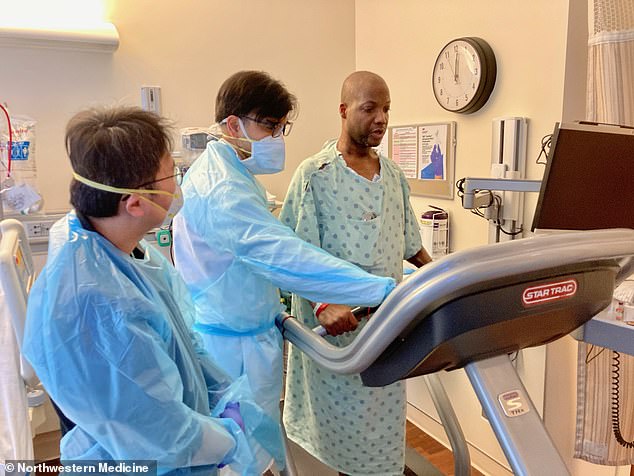 Another patient, 54-year-old Andrew Lawrence, likely contracted the virus while treating patients in a hospital in the Rio Grande Valley, reported the Tribune.

When he fell developed in July, and subsequently tested positive, he believed he would recover within two weeks.

He was soon after transferred to a hospital in San Antonio, where he was told he likely needed a double lung transplant, but that he needed to go to Chicago

‘Whatever I need to do to get better,’ Lawrence told the Tribune.

‘The weakness, the inability to walk, the muscle wasted, I’ve never seen it. ‘I’m just learning to walk again.’

Lawrence was the fifth patient to undergo a double lung transplant at Northwestern and recently managed to walk one minute on a treadmill.

Bharat told the newspaper it is an encouraging sign because it means Lawrence is on his way to returning to his previous level of activity like patients before him.