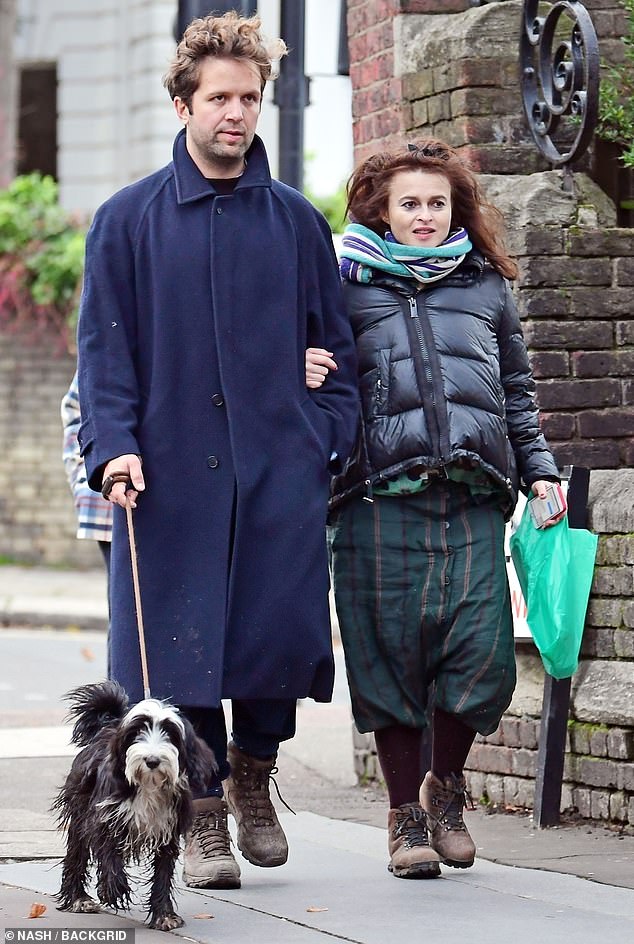 They’ve been inseparable since first being linked in October 2018.

And, Helena Bonham Carter, 53, linked arms with toyboy Rye Dag Holmboe, 32, during a winter stroll around North London, on Sunday.

The couple were joined by the actress’ son Billy Raymond Burton, 17, to take their gorgeous Tibetan terrier Pablo for a walk.

Helena – who is also mum to daughter Nell Burton, 12 – showed off her quirky sense of style with a green plaid skirt teamed with burgundy tights.

The Crown star wrapped up warm with a navy coloured padded jacket and a purple a green striped scarf.

Fully prepared for a lengthy outing, Helena donned sturdy brown walking boots and was fresh-faced save for a smudge of eyeliner.

Rye copied his girlfriend’s footwear but opted for a sleek royal blue long-line coat for their dog walk. 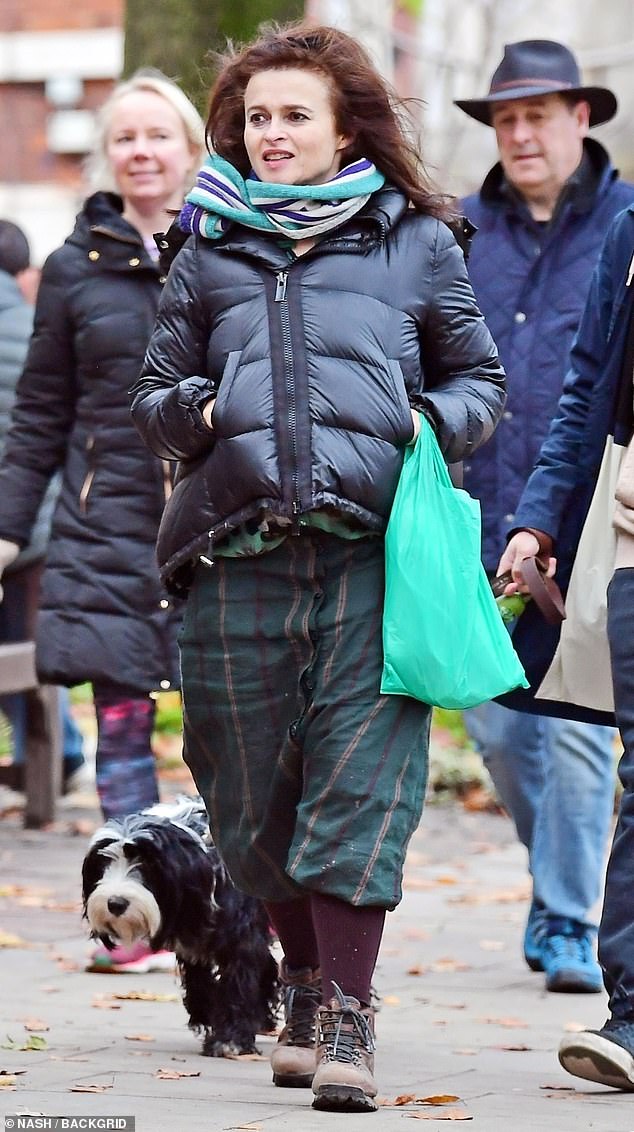 Cosy: Helena showed off her quirky sense of style with a green plaid skirt teamed with burgundy tights, and wrapped up warm with a navy coloured padded jacket

Helena’s son Billy, dressed in joggers and a beige hoodie, met up with the pair, bringing his own dog along.

Recently, a source told the Mail On Sunday of the Helena and Rye: ‘Everyone thought it was a fling but it now seems to be hotting up as they are joined at the hip.

‘Some people are surprised that Helena has found someone who is younger and from a different walk of life, but others are less surprised as it is very like her to do the unexpected.’ 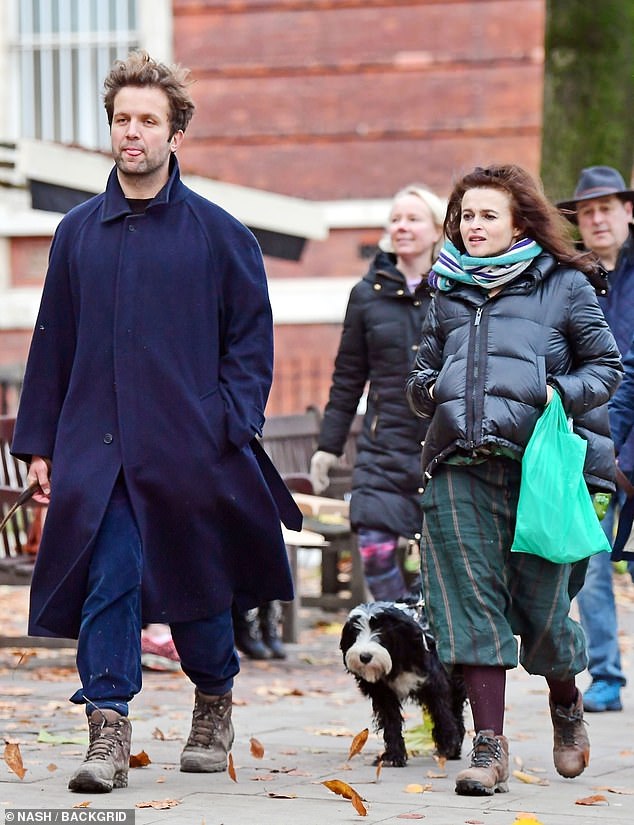 Coordinating: Rye copied his girlfriend’s sturdy footwear but opted for a sleek royal blue long-line coat for their dog walk

Helena was previously in a long-term relationship with Hollywood director Tim Burton from 2001 until 2014, and share two children.

The pair famously lived in two adjourning houses in London during their relationship, and Helena was one of his favourite muses to cast in his dark fantasy films.

Helena stars as Princess Margaret in Netflix’s The Crown, having taken over from Vanessa Kirby.

Upon being cast as the royal, Helena said: ‘I’m not sure which I’m more terrified about – doing justice to the real Princess Margaret or following in the shoes of Vanessa Kirby’s Princess Margaret.

‘The only thing I can guarantee is that I’ll be shorter [than Vanessa].’