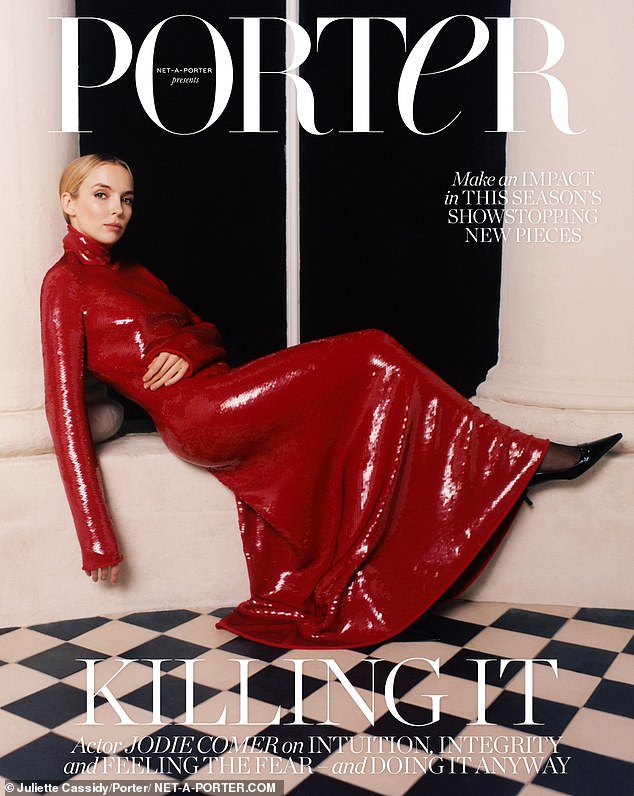 She’s known the world over for playing style icon Villanelle in Killing Eve.

But in a new interview with Porter Magazine, Jodie Comer has admitted her fashion sense has come a long way since her days as a teenager growing up in Liverpool.

Jodie wows in the cover shoot for Porter, showing off her figure in a jaw-dropping red sequin dress.

Style icon: In a new interview with Porter Magazine , Jodie Comer has admitted her fashion sense has come a long way since her days as a teenager growing up in Liverpool

Another shot sees the actress, 27, posing up a storm in a statement polka dot number, while she also puts on a leggy display in a stunning tweed coat and heels.

Talking to the magazine about her style on and off screen, Scouser Jodie confessed: ‘I feel like I’ve lived like nine lives in regard to my fashion and my hair. I remember being young and out in town in a tiny dress and six-inch heels and clutch bag, and I’m like, “Oh my god!”‘

Last year she made the move from TV to film, shooting Free Guy, a sci-fi action comedy about a man who discovers he is a background player in an open-world video game.

Starring alongside Ryan Reynolds and directed by Shawn Levy, she plays programmer Milly and her virtual alter-ego Molotov Girl. 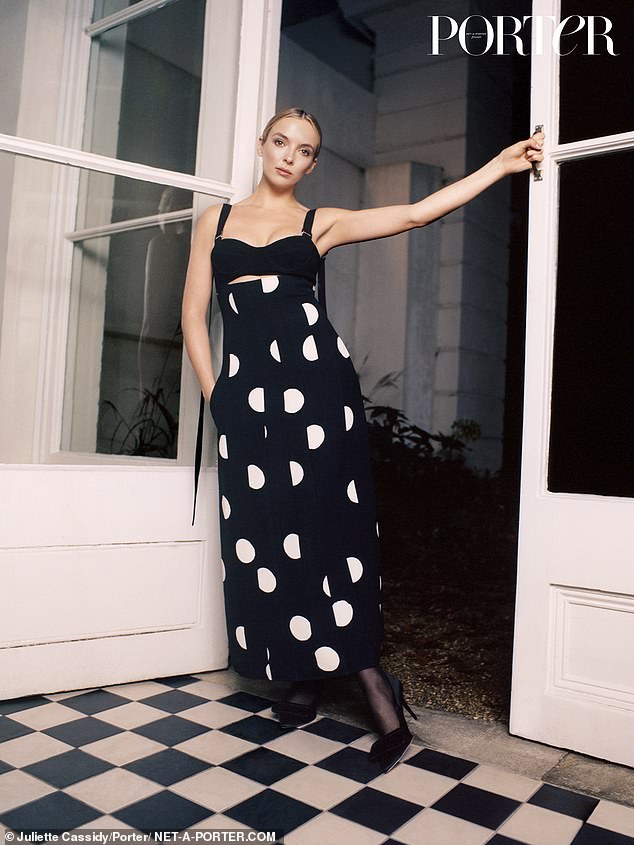 Cover star: Jodie wows in the cover shoot for Porter, showing off her figure in a series of  jaw-droppingdesigner ensembles

Just like in Killing Eve, Jodie was heavily involved in the costume choices, ensuring that her character was dressed appropriately for her action-heavy role: ‘Molotov Girl is an avatar created by Milly – it’s her dream, it’s her creation. That definitely had to be expressed, it couldn’t be a man’s ideal,’ she explained.

‘That was a rule I had with Villanelle as well. When we first started out, Phoebe [Waller-Bridge] was like, ‘This is real, this is practical, this is not gonna be silly.’

The screen star admitted, though, that she slightly missed Villanelle’s scene-stealing, designer-filled wardrobe: ‘When I had been doing Killing Eve and went back to Milly, who just wears jeans and Tshirts, I was like, ‘Where’s the amazing rail of clothes guys?’ 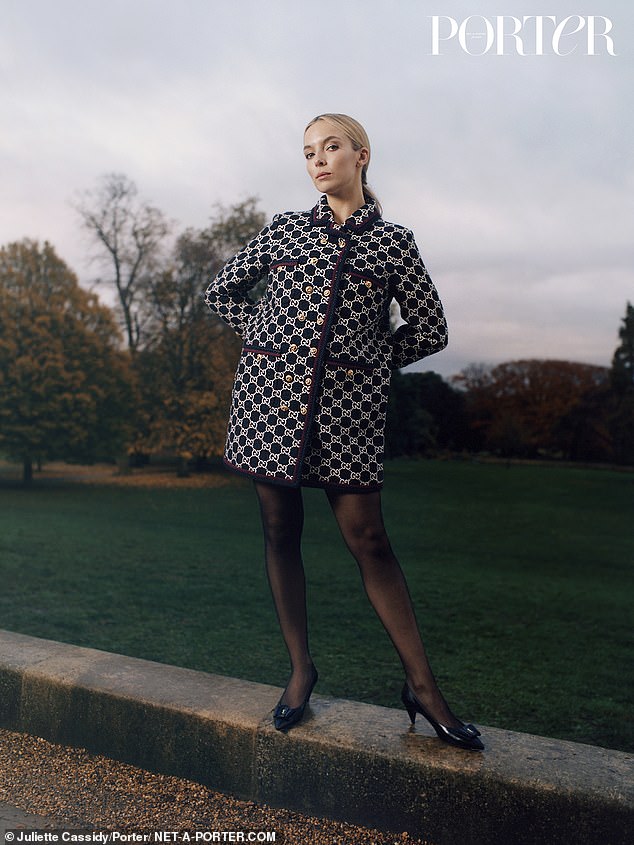 Reflecting: Talking the magazine about her style on and off screen, Scouser Jodie confessed: ‘I feel like I’ve lived like nine lives in regard to my fashion and my hair’

James and Jodie was seen several times over the summer at her parents’ modest home in Liverpool.

Jodie explained she’s keen to keep her love life private explaining: ‘A lot of people read things and they go, ‘Wow, she’s that, she’s this type of person’. And I’m like, OK, I can spend my life and my energy trying to convince people otherwise, or I can go, I know who I am, I know my truth and that’s good enough for me.’

‘It’s important for my family and having a boyfriend who isn’t in the public eye; it can be very strange and surreal. I’m very cautious of what I bring into my family’s life, it’s a safety thing.’ 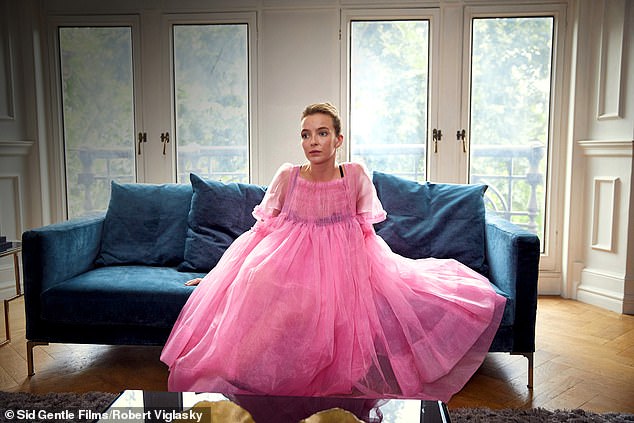 James spent time with Jodie and her family in Liverpool during lockdown, a time the busy actress relished.

‘There’s nothing better than being at home, with my mum, my dad and my brother on the couch, and us all watching TV,’ she gushed.

‘My brother and I got some garden games, like badminton, to play over the washing line. We were like kids again, having to knock at the neighbor’s door, like ‘Can you throw the ball back over? I spend a lot of time on my own, which I love, but I think I feed off other people a lot. Going home is like a big warm hug.’

Jodie embraced the down time and also used the period as a chance to switch off from social media, adding: ‘Within the past month, I feel like I’ve sussed it out. It took a while, but it got to a point where I noticed it was affecting my health.’

‘I think you forget how accessible we are when we have mobile phones. In my head, it was like there is a line of people outside my front door who have nasty things to say to me, and I’m saying, ‘Come on in! Please sit on my couch, tell me’.

To see the full interview, read PORTER or download the NET-A-PORTER app for iPhone, iPad and Android. Search for NET-A-PORTER on the App Store and Google Play.