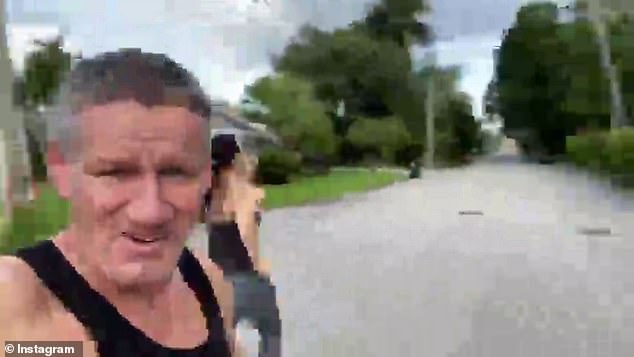 SAS Australia’s Mark ‘Billy’ Billingham reveals his gruelling military-style workout with his wife… so could YOU keep up with them?

He puts celebrity recruits through their paces on SAS Australia.

The 55-year-old shared a short video to Instagram of the couple jogging down a quiet street.

Can you keep up? SAS Australia’s Mark ‘Billy’ Billingham revealed his gruelling ‘SAS style’ workout, alongside his fashion designer wife, Julie Colombino-Billingham. He shared a short video on Instagram of them jogging down a quiet street, before she quickly ran ahead of him

The former British soldier asked his wife, ‘How far do you want to go, babe?’ and she jokingly replied: ‘Don’t ask questions, staff,’ before sprinting ahead of him.

‘This woman is up for it. Let’s go!’ he said, quickly catching up to her speed.

The video then cut to the pair in a park as Mark carried Julie over his shoulder, while saying: ‘So this is what you get if you argue with a DS!’ 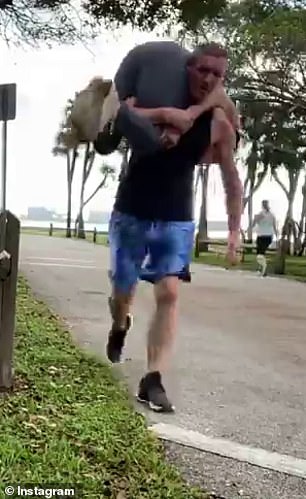 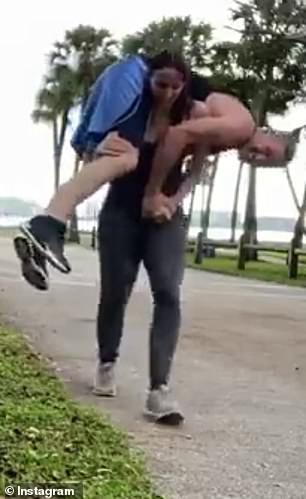 Strong and stronger! The video cuts to the couple in a park and showed Mark carrying Julie over his shoulder. While running he said: ‘So this is what you get if you argue with a DS’. Afterwards, it was Julie’s turn run while carrying Mark over her shoulder

After doing alternating jumps over a short fence, it was Julie’s turn to run while carrying her husband over her shoulder.

They then performed steps, jumps, push-ups and lunges using a small concrete wall.

Afterwards, the couple, who tied the knot in March last year, capped off their workout with another run through a quiet street. 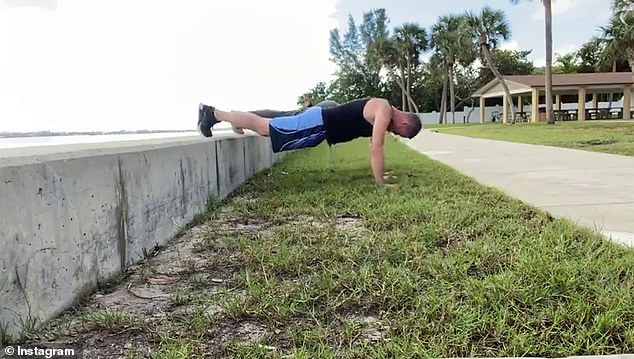 Working out: The couple then moved on to do steps, jumps, push ups and lunges using a small concrete wall 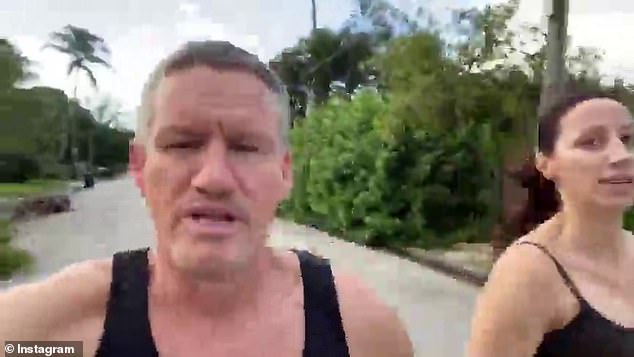 Fit: Afterwards, the couple capped off their work out with another run through a quiet street

He wrote in the caption: ‘A little morning workout with the wife, SAS style. Who’s with me? Is it necessary to alternate legs or not?’

They are overseeing a group of local celebrities, including Nick ‘Honey Badger’ Cummins, Erin McNaught and Candice Warner. 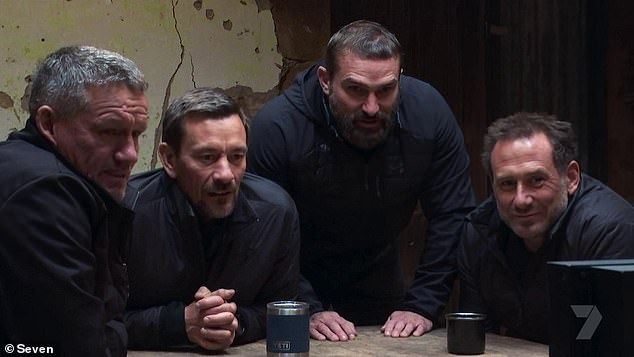