Many believed Princess Diana’s infamous black sheep jumper cheekily hinted at her feelings of being an outsider in the Royal family.

It was worn by Emma Corrin in The Crown during a scene in which Diana can be seen lonely at Buckingham Palace moments before she tied the knot to Prince Charles.

But according to The Telegraph, Princess Diana was such a fan of the jumper, that when she tore a hole in the first knit, which she donned to a polo match in 1980, she requested the designers repair it.

‘She damaged the first one, we always imagined her enormous engagement ring caught in the threads,’ Sally Muir, co-founder of Eighties knitwear label Warm and Wonderful, told the publication.

‘It was sent back to us with a very charming letter from her secretary, saying how much she loved it and could we mend it. We decided that rather than cobble together the damaged one, we’d make her a perfect new one, which is what we did. Hence the two.’ 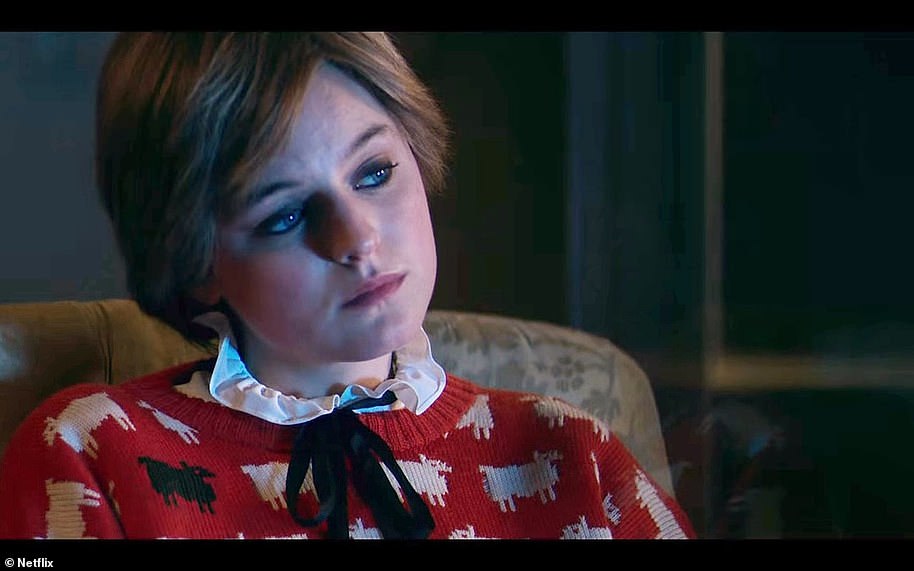 She is often regarded as one of the enduring style icons of our time – and it appears Princess Diana is still making waves in the fashion world 23 years after her death.

New York-based label Rowing Blazers has launched a collection inspired by the late Princess of Wales’ ’80s looks, which have seen a resurgence in popularity thanks to their occurrence in teaser photos for The Crown’s upcoming fourth season.

The celebrity-loved brand, worn by the likes of Timothee Chalamet, is delving into the world of women’s wear by re-creating some of Diana’s best hits – including biker shorts, double-breasted tweed blazers and her beloved jumpers. 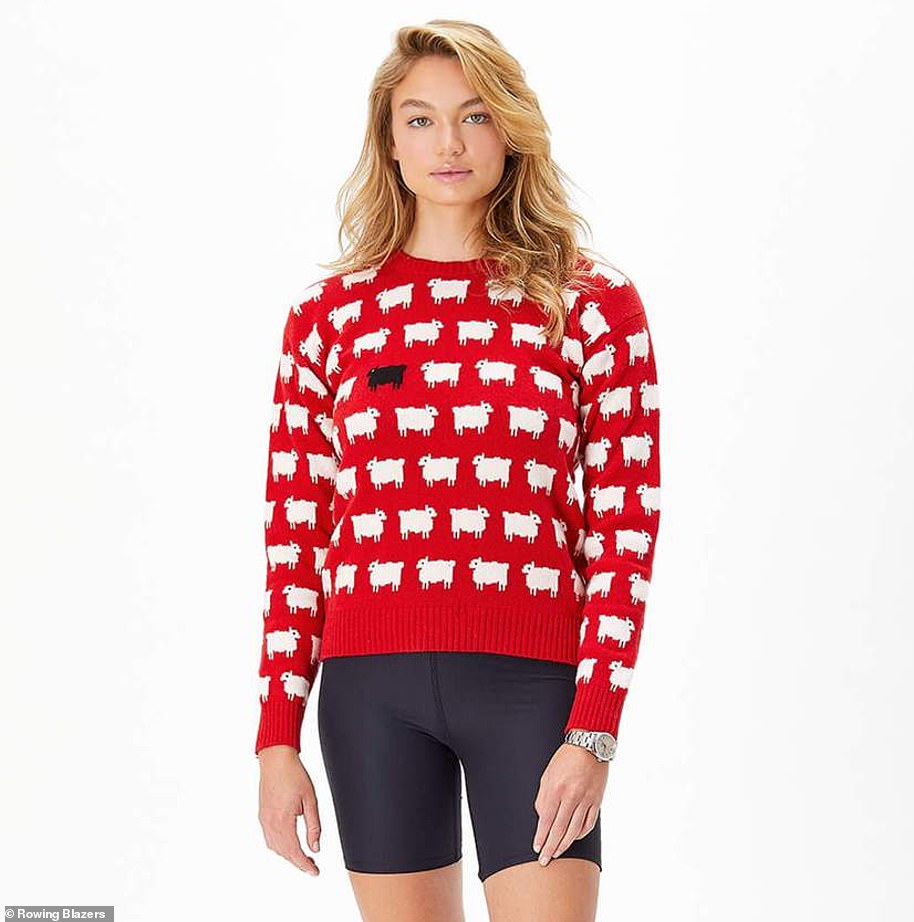 Diana famously wore the former at a polo match at Smith’s Lawn polo Club in Windsor in 1983 – and it was designed by Joanna Osborne and Sally Muir’s Warm and Wonderful.

It was apparently a gift from the mother of one of the princess’s page boys at her wedding to Prince Charles in 1981. 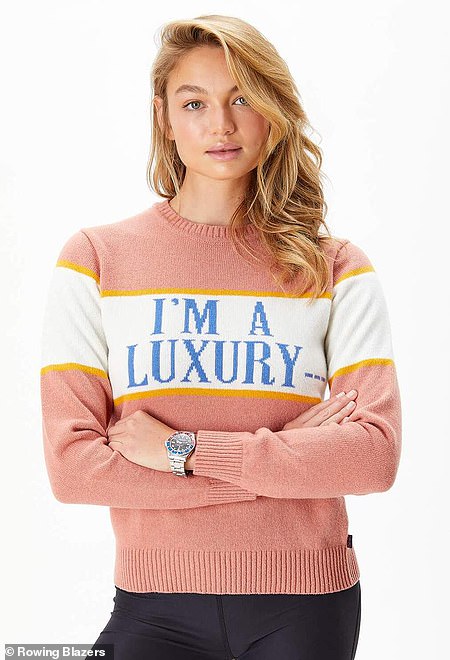 Working with the original designers, the company is re-releasing the ‘Sheep Sweater’ by London’s Warm & Wonderful and the ‘I’m a Luxury’ jumper (pictured left on Diana, and right, in the collection) by Gyles & George for $295 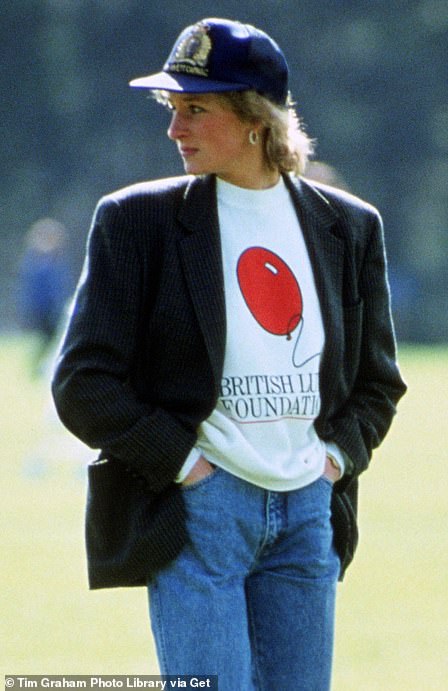 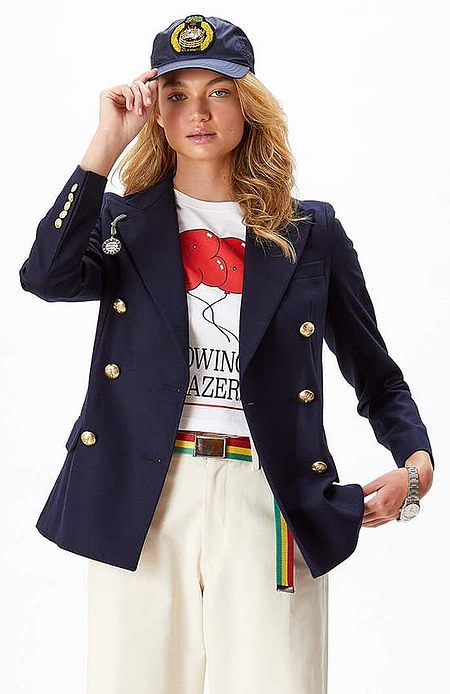 The collection also includes a quirky take on the British Lung Foundation sweater Diana wore to the polo in 1998 (left), as well as a navy blazer and cap like the ones the princess modeled

The I’m A Luxury sweater, which is the same price, was worn by the princess in the late ’80s, with one snap showing Diana sporting the garment while on a swing with her sons Prince William and Prince Harry.

Speaking to BAZAAR.com, Joanna Osborne, the co-designer of Warm & Wonderful, said: ‘Princess Diana is enduringly fascinating. She still feels very contemporary, and people’s interest in her and her family is as strong as ever.

‘Even after so many years, she is still exerting a strong influence on fashion with her own stylish combination of independence, kindness, and glamour.’ 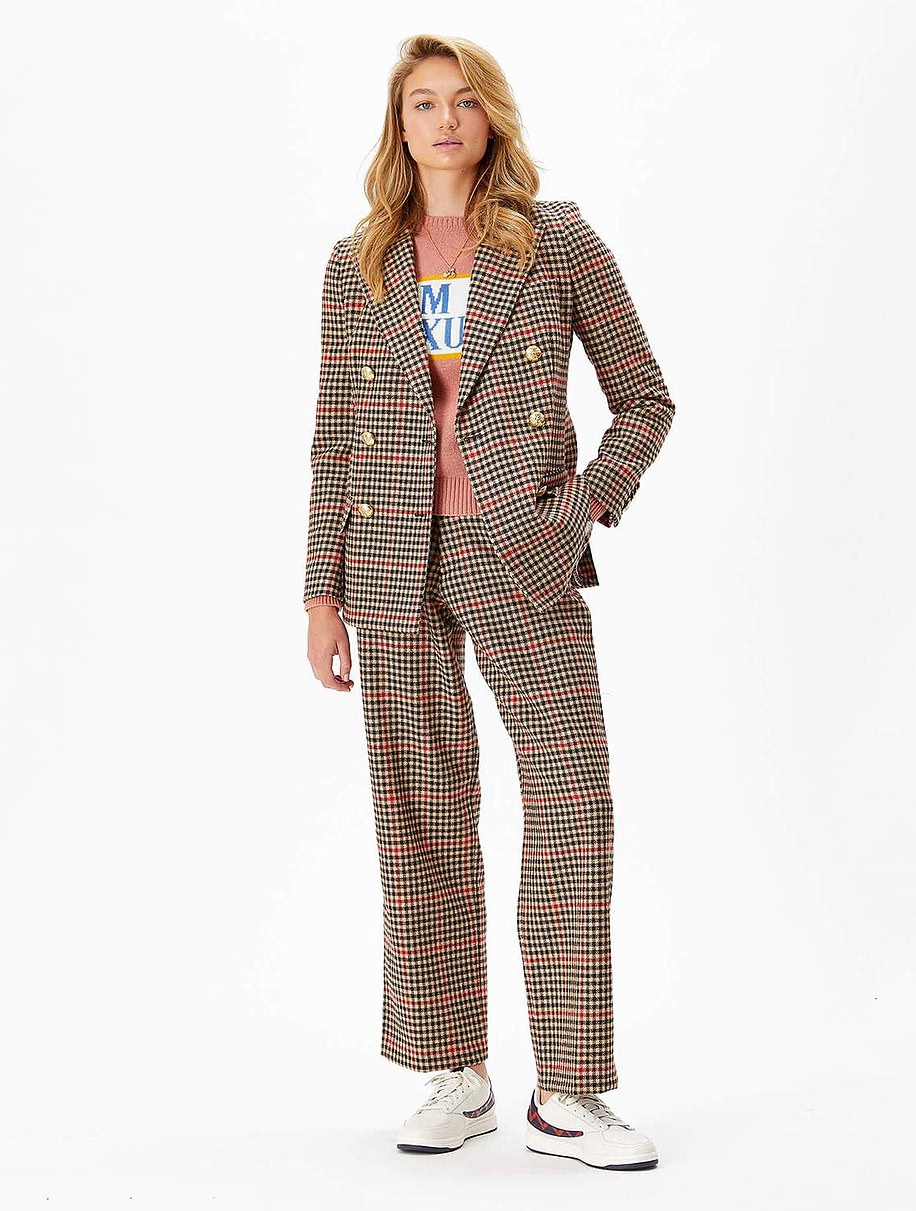 The celebrity-loved brand, worn by the likes of Timothee Chalamet, is delving into the world of women’s wear by re-creating some of Diana’s best hits – including biker shorts, double-breasted tweed blazers (pictured) and her beloved jumpers 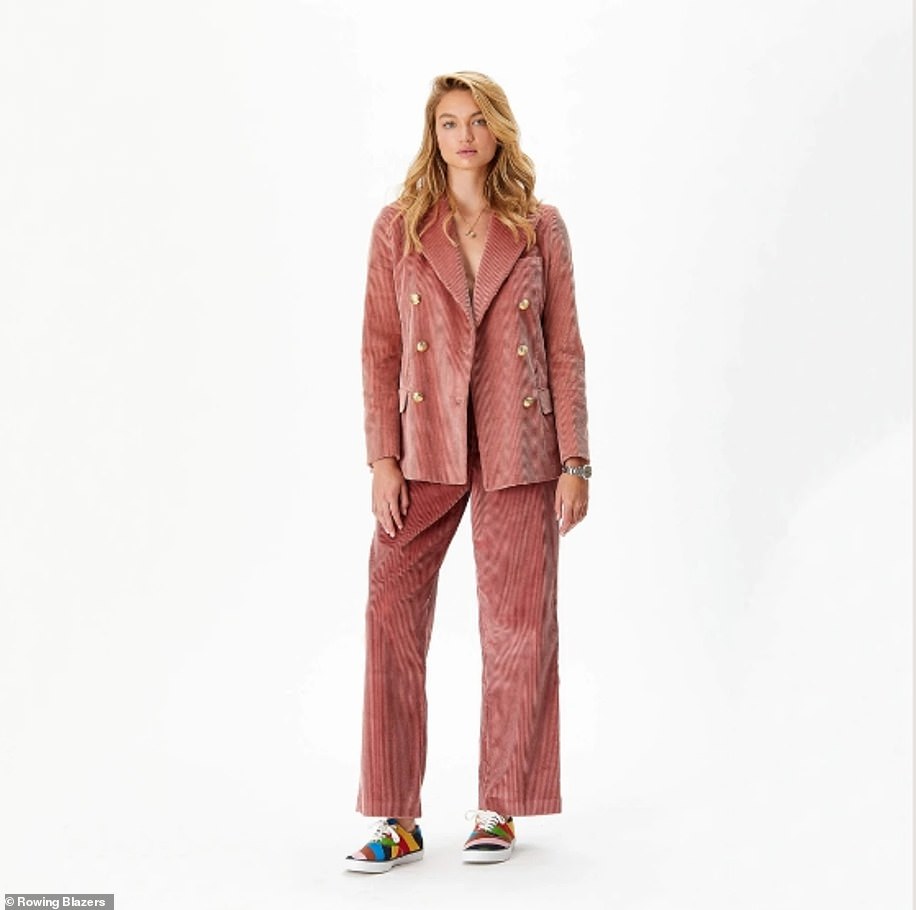 The collection (pictured is a set of trousers included in it) is made entirely in Britain, Europe and the United States, with other pieces ranging from $48 to $795

In the 1980s, Joanna and her partner, Sally Muir, were left shocked when their piece was sported by Diana to a number of events, making headlines each time.

Elsewhere, Gyles Brandreth, of Gyles & George, said he was over the moon and delighted but not totally surprised when seeing the royal in one of his designs.

‘Having met her, I knew she was somebody who had fun and liked to laugh. I think she appreciated the wit of the jumpers; the colors, the look, the style,’ he added.

The collection is made entirely in Britain, Europe and the United States, with other pieces ranging from $48 to $795.