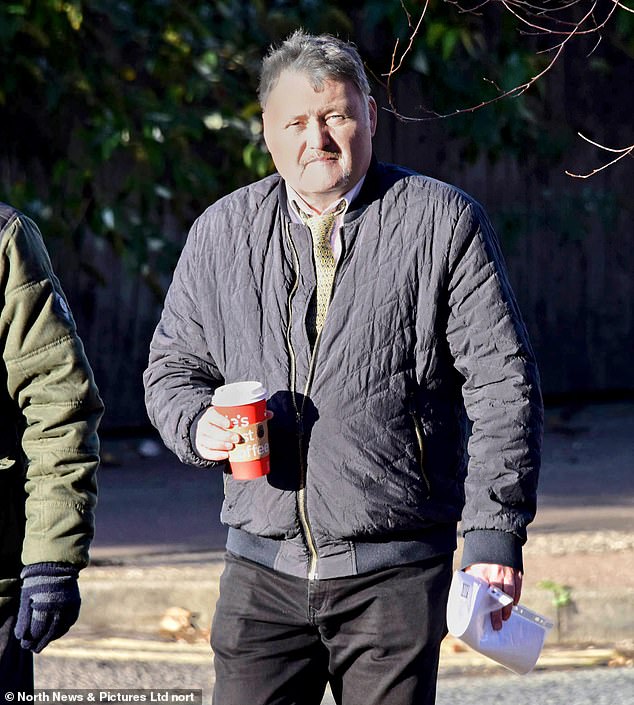 The TV set spy: Husband is convicted of stalking after bugging his estranged wife’s living room and texting her about the shows she watched

By Chris Brooke for the Daily Mail

A jealous husband put listening devices behind his estranged wife’s TV and in her car to snoop on her after believing she was having an affair, a court heard.

IT expert Stephen Ewart, 55, also hacked into a CCTV system in Turkey to take a screenshot of his wife Deborah, 47, and their two daughters while they were on holiday without him.

He then sent the beach photo to her as part of a sinister five-month stalking campaign, a judge was told.

Ewart moved out of the family home in Washington, Tyne and Wear, when lockdown ended in June.

Weeks later, he installed the TV listening device while council housing boss Mrs Ewart was on the trip to Turkey with their daughters aged 22 and 17

Jealous husband Stephen Ewart, 55, put listening devices behind his estranged wife’s TV and in her car to snoop on her after believing she was having an affair, a court heard

South Tyneside Magistrates’ Court heard the 20-year marriage had fallen apart after Ewart claimed his wife wore sexy lingerie for work nights out and wrongly believed she was cheating on him with a council officer.

After they split, Ewart texted his wife about her favourite TV shows to try to win her back, but it led to his snooping campaign being exposed.

Mrs Ewart said in a statement: ‘He started sending text messages to me about TV programmes I had been watching. I did not think anything of it at first because he knew what I watched.’

However, when he messaged her about a private conversation she had with a friend she became worried.

Prosecutor Jonathan Hanratty said: ‘She was concerned the defendant debhad been listening to her. She pulled out the television unit and found a device that had flashing lights, which she knew hadn’t always been there.

‘A friend helped her to remove it and it was connected to a SIM card.’

Mrs Ewart also found her car had been bugged with an iPhone linked to a battery, which enabled Ewart to listen in on calls and conversations in the vehicle.

The court heard he accused her of visiting a work colleague for an affair and started following her about in his car and hanging around outside Gateshead Civic Centre, where she works.

The most bizarre incident involved the picture taken via a CCTV camera of his family on holiday.

Ewart asked one of his daughters to speak to him from a location which had CCTV.

The court heard he hacked into the cameras and took a screenshot of the family walking on the beach and sent it to his wife.

Ewart admitted stalking between June and October this year.

She said he was not jailed only because he would blame his wife for the loss of his liberty and job. 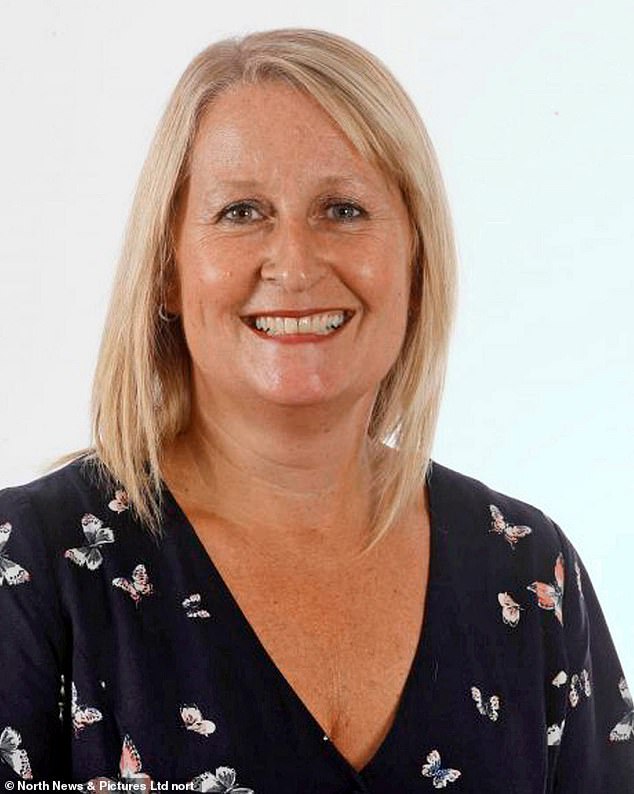 Ewart also hacked into a CCTV system in Turkey to take a screenshot of his wife Deborah, 47, (pictured) and their two daughters while they were on holiday without him. He then sent the beach photo to her as part of a sinister five-month stalking campaign

Ewart was also given a three-year restraining order and tagged to ensure he does not enter an ‘exclusion zone’ to protect his wife.

The judge said: ‘This is an extremely troubling case. It was targeted. It was planned. It is yet another example of someone thinking it is their business to control someone they have had a relationship with.’

In a victim impact statement, Mrs Ewart denied having an affair. She said: ‘My colleagues have been dragged into this. I still feel like I am being constantly watched by Stephen. I do feel paranoid because of what he has done. I’m always looking over my shoulder. All I want is for him to leave me alone.’

Tom Morgan, defending, said Ewart claimed he had received an ‘apology’ for an affair in 2019.

He added: ‘He accepts what he has done was completely wrong. He cares very much for his family and cares for the injured party. He was struggling to deal with the end of a 20-year-old marriage and finding it very difficult to process.’