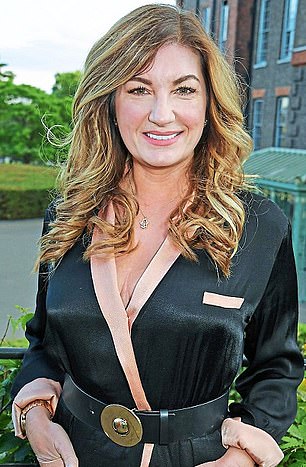 Most women are multi-taskers, but football boss Karren Brady is in a different league – pun intended. Baroness Brady, to give her full title, is a Conservative peer. She is also chief executive of West Ham, a television personality alongside Lord Sugar on The Apprentice, an author, a columnist and a wife and mother. Although this would rarely be an issue with a male boss, she also looks fantastic on our Zoom interview, with immaculate make-up, perfectly styled long brown hair and an elegant blouse.

‘I’m actually wearing pyjama bottoms but we won’t get into that,’ she says.

Now Brady is stepping up as a champion of small companies in the Covid-19 crisis, by backing the charity set up by small business bank Tide which is providing cash grants of £1,000 to help entrepreneurs. She acknowledges that the Government has extended huge amounts of help, in the form of loans and grants, plus business rates relief and more time to pay tax bills.

‘But some small businesses still fall through the cracks. Many are not financially resilient. These micro-grants of £1,000 are helping companies with cash flow issues and those that are really on the verge of collapse,’ she says.

‘Small business owners are having to dip into their own savings to keep their business afloat.

‘Almost a third are taking from their savings or borrowing from family and friends so these grants help businesses survive and meet the most immediate needs they have.’

Now 51, Brady has, over three decades, forged a career as one of the UK’s best-known business leaders.

After leaving boarding school she didn’t go to university and instead plunged straight into a career in advertising sales with Saatchi & Saatchi, then at radio station LBC where she impressed David Sullivan, who owned the Daily and Sunday Sport, by convincing him to place £2million of advertising. 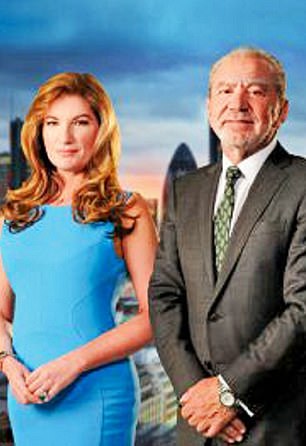 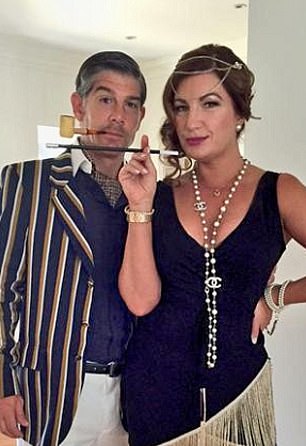 Many roles:: Karren Brady with Alan Sugar, left, and dressing up with husband Paul, right

When he bought Birmingham City football club out of administration in 1993, she was installed as managing director at the age of just 23.

Sullivan warned her she would have to be twice as good as the men to be thought of as even half as good. ‘Luckily that’s not difficult,’ was her reply.

Four years after taking over, Birmingham City was floated on the stock exchange and she sold it in 2009 for £82million.

When Sullivan and fellow businessman David Gold took control of West Ham a year later, she was put in charge of the business side.Her ascent looks seamless.

Her top tips to help your business beat the virus

But she feels the coronavirus crisis has been particularly hard on female entrepreneurs.

‘I think it is a really difficult time for women generally. Home schooling, looking after parents, all of the things that have had to be done through this pandemic – a lot of that burden has fallen on to women.

‘We need to have a longer term think about how we encourage more women into business. Actually it’s a great time now, if you can adapt to find a gap in the market.’

Brady has managed to juggle career and motherhood, and marriage to former Canadian international footballer Paul Peschisolido. They met at Birmingham City, where he started his career in English football, and she sold him twice, making ‘a good profit both times’.

He obviously took it in good part as the pair have been together for a quarter of a century and have two grown children, Sophia, 24 and Paolo, 22.

‘One of the things for women is to realise you cannot do it all. The only thing I can say is that it is okay, you do come out the other end. My kids didn’t suffer because I didn’t take them to school every morning or pick them up.

‘They learn other things from having a working mother. They learn that financial independence is important, that opinions are important and that ambition should not be something to shy away from.’

Brady, who is proud of her feminist credentials, has worked with some old-school men, including Sullivan, who initially made his fortune from adult magazines and blue movies.

She was chairman of Sir Philip Green’s Taveta Investments until last year, when she resigned after allegations of sexual harassment and racism against the Top Shop mogul.

How has she dealt with sexism, I wonder, though I doubt many men would be brave enough to behave inappropriately nowadays.

‘Often times in meetings you may have to say to people: ‘Don’t speak to me like that’, or have a quiet word with them afterwards,’ she says.

And what should women do if they discover they are being paid less than their male colleagues?

‘We need to know our worth. We shouldn’t be afraid to ask for it and stand our ground.

‘I have never been intimidated by being the only woman in the room. I remember when I was young going into a football meeting and there were 91 men and me.’ 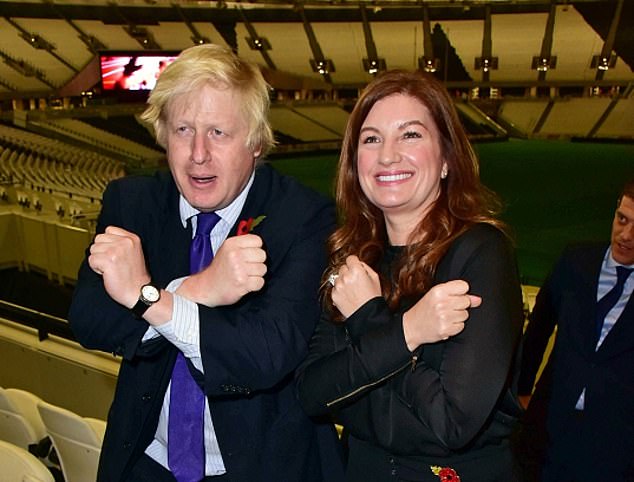 Brady (pictured with Boris Johnson) has, over three decades, forged a career as one of the UK’s best-known business leaders

As a girl, she didn’t hanker to go into business, but to win her independence after leading a regimented life at boarding school.

‘By 18 I had enough of being told what to do. I knew that real independence only came if you had your own money.

‘Most of us, when we are building a career, have to say ‘Yes’ to everything and then work out how to get out of it at the last minute. It’s nice to get to a stage where you can say ‘Yes’ because you mean it and ‘No’ because you also mean it.’

During the pandemic, she lived with her mum and dad. ‘I love being at home with my family. I hadn’t lived with them since I was 18 and I had a few months with them and that was great.

‘My ambitions now are to do what I enjoy and help where I can. I want to do things around gender equality, equal pay, women in the workplace. Those are the things I am passionate about.’