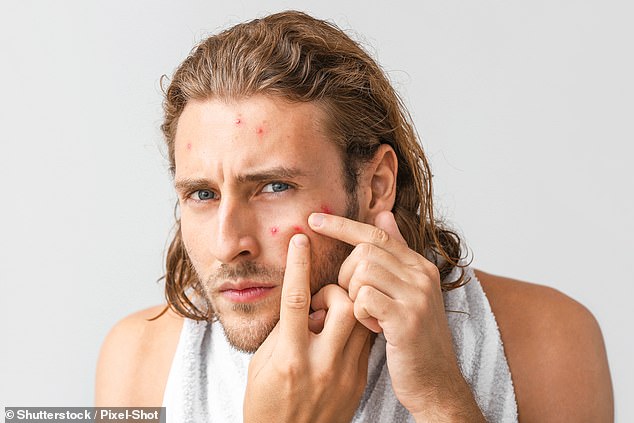 For the past year, I have had an open wound on my left cheek which refuses to heal. It began as a small spot. But, two days later, I woke up with such a swollen face that I couldn’t open my eye. I was given antibiotics but the problem has gradually become worse. What do you suggest?

I am concerned about the considerable anxiety you have suffered. You say in your longer letter that the infection, more properly known as a spreading cellulitis (the term for any infection of the skin and tissue beneath it), initially settled with a course of antibiotics but returned once you’d finished this, and a second course has not helped.

What has really distressed you is that the spot produced thread-like material when you squeezed it, which you thought was a worm. I am reminded of a condition called jiggers, where a tiny flea, Tunga penetrans, buries itself in the skin, laying eggs which are shed when the lesion discharges.

For the past year, I have had an open wound on my left cheek which refuses to heal. It began as a small spot. A stock image is used above [File photo]

Jiggers normally only occur on the feet, and in tropical parts of Africa, the Caribbean and South America: if you have not spent time in such environments then this would be extremely unlikely.

In any event, this kind of infection would actually produce microscopic eggs, rather than worms. I think the most likely explanation (in the absence of enough details to make a confident diagnosis) is that you have a sebaceous cyst, also known as an epidermoid cyst.

These are common lesions that can be caused by often innocuous damage to the skin. They can become infected with bacteria, and produce a thick yellow or white paste when squeezed.

You also mention in your longer letter that you were concerned that you could see flecks in your visual field, and that this may confirm the presence of worms.

Actually, I think these are floaters, also known as muscae volitantes, and are unrelated. They are so common as to be regarded as normal, and are due to naturally occurring debris in the eye.

If you still have the lump you should see a dermatologist — your GP can refer you. If there is any doubt about the diagnosis, then an ultrasound scan will confirm the cause, and the cyst can subsequently be cut out under local anaesthetic.

I hope that you get the help you need, and that your worries can be allayed.

I’ve had asthma since my mid-20s but no longer have the severe attacks I did when I was younger.

However, during a recent health review, my GP informed me that I was vulnerable to Covid-19 because of my age (I’m 76), being asthmatic and having COPD.

I was quite shocked, as I have never been tested for COPD and I cannot understand why my GP says I have it.

Your doctor is absolutely right — at the age of 76, with a history of asthma and using a preventer inhaler (which contains beclomethasone, a steroid that will have a suppressant effect on the immune system, and formoterol, to dilate your airway), if you catch Covid-19 you are more vulnerable than a younger person who doesn’t have a long-term lung disorder.

However, in your longer letter you say you regularly walk five miles, play golf and do martial arts. Clearly you are in good general health, and I am not surprised that you are confused to have been told that you have chronic obstructive pulmonary disease (COPD).

I believe that one of the problems here is that of communication. COPD is the umbrella term for conditions affecting the airway that lead to an obstruction of airflow and breathlessness, such as emphysema, chronic bronchitis and severe asthma.

You, like many, are surprised that asthma is included — but it’s only asthma where the inflammation continues to obstruct the airway despite treatment that’s classed as COPD. 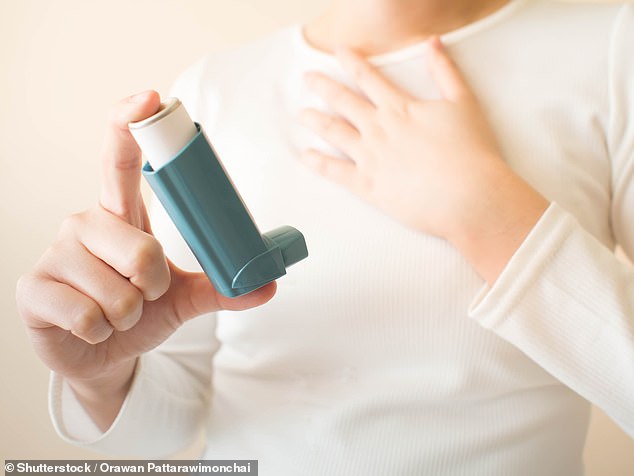 Your regular treatment is keeping your symptoms well-suppressed, but while the inflammation is minimised, it’s still a threat.

COPD is normally diagnosed using spirometry, which involves blowing into a mouthpiece attached to a spirometer. This device measures the volume of air you exhale, giving an indication of whether the airway is inflamed and obstructed.

My guess is that you’ve had this test and have some slight limitation, but nothing has ever been said about this because you cope so well.

So my advice is, yes, be cautious of taking undue risks in terms of your Covid exposure, but don’t worry about the COPD label.

You should be proud of how fit you are and how full your life is, and be reassured that your treatment is effective.

Write to Dr Scurr at Good Health, Daily Mail, 2 Derry Street, London W8 5TT or email [email protected] — include your contact details. Dr Scurr cannot enter into personal correspondence. Replies should be taken in a general context and always consult your own GP with any health worries.

In my view… Doctors are too timid to say: you’re overweight

Deaths from Covid-19 have now exceeded one million globally, but I recently saw that there were 1.76 million deaths from lung cancer, caused mainly by tobacco, in 2018 (the most recent year we have figures for).

Thanks to the vaccine breakthrough, it seems that being able to stamp out Covid-19 deaths is within reach. But imagine how many more lives could be saved from a more controllable threat if people could be persuaded to give up smoking.

It’s not just linked to lung cancer but also to coronary heart disease, peripheral vascular disease, emphysema, and many other forms of cancer, such as mouth, oesophageal, colon and bladder.

How much better would it be if we could simply say to patients: ‘If you smoke you should be in fear of losing your life?’ Instead, we all tend to pull our punches. 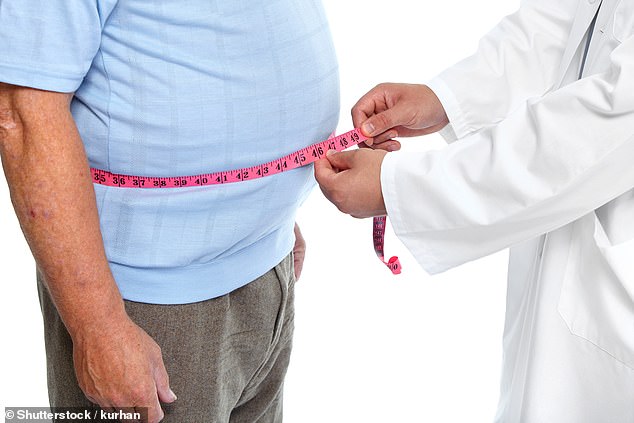 Deaths from Covid-19 have now exceeded one million globally, but I recently saw that there were 1.76 million deaths from lung cancer, caused mainly by tobacco, in 2018 [File photo]

The other puzzle is the harsh fact of obesity. Covid-19 arrived shortly after we GPs were urged not to use the term, and to refrain from letting our patients feel any sense of criticism.

Obesity is now reframed as a disease, just as smoking is an addiction, suggesting that there is no personal responsibility for it.

Of course, obesity is a complex issue, and overeating is rarely due to a simple lack of will. However, our duty as doctors is not to pour salve over those who are self-damaging, but to educate them.

Our health and survival is our own responsibility — despite the Government’s current interference in our liberty, it is not elected to act as parent.

If you think that sounds unsupportive or harsh, it is far from it — I am only critical of those who choose to do nothing about their risk factors. We must be understanding towards those who seek help in tackling them.