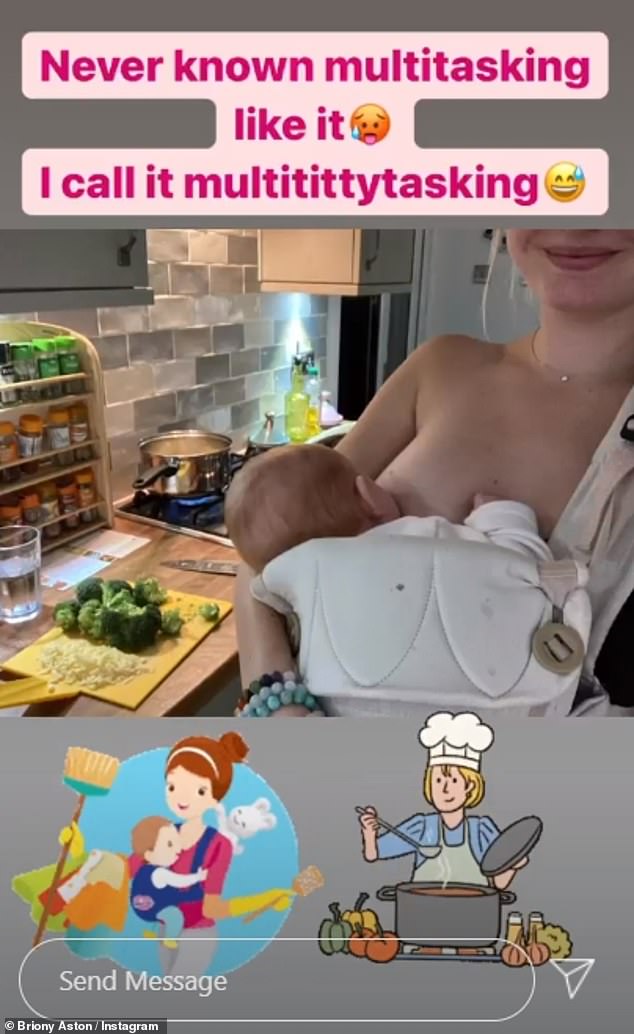 Coronation Street star Sam Aston’s wife Briony has proclaimed motherhood has turned her into a ‘lioness’ shortly before sharing a breastfeeding snap.

The new mum, who welcomed her son prematurely in August, proudly shared an image while feeding Sonny and then shared a snap of his feet alongside a message about an exchange she had with a midwife.

In the touching caption which marked World Prematurity Day, she penned: ‘Before we left the hospital after having Sonny, a midwife said to me “Briony, do you realise that the minute you leave this hospital you’ll become a lioness?”…

‘And I can honestly say never before have I felt so powerful, protective and proud, and never has a sentence been so true. My boy, my cub, my premature baby’.

Supermum! Coronation Street star Sam Aston’s wife Briony has proclaimed motherhood has turned her into a ‘lioness’ and shared a breastfeeding snap 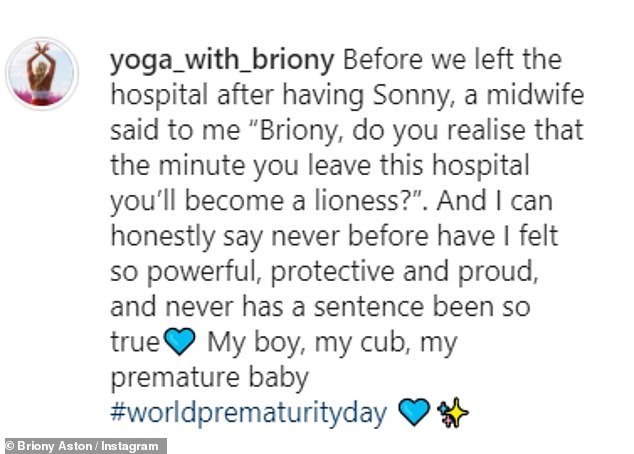 In her next post, yoga enthusiast Briony was every inch the superwoman as she revealed she was multitasking in the snap, in which she was making dinner while breastfeeding.

She said to her social media followers in August: ‘Nothing could have truly prepared me for your entrance into this world’

‘A journey of complete surrender and the most intense surges of energy I have ever felt in my life. But I understand now that it had to be this way. How else could my heart come to live outside of my body?’ 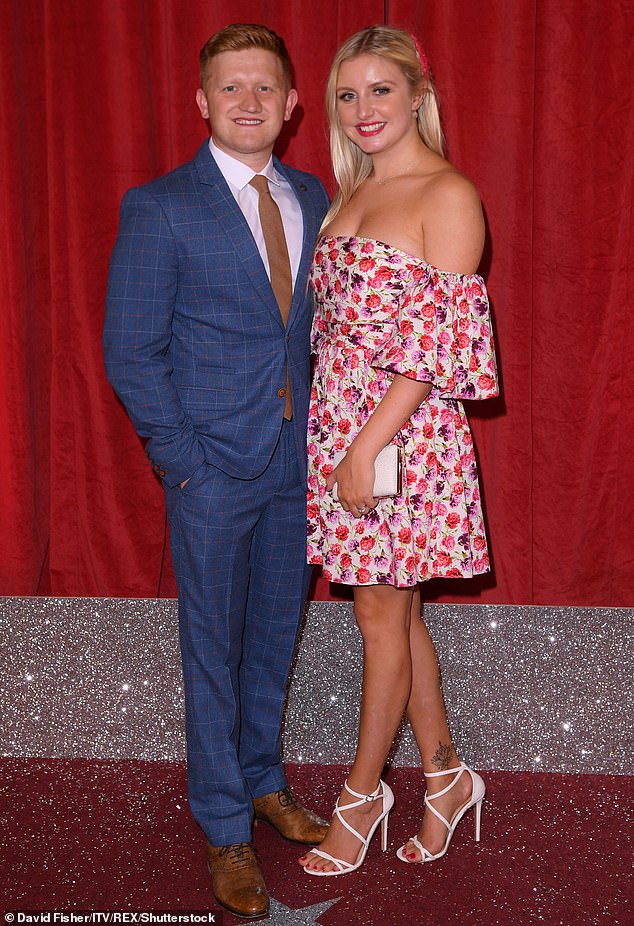 Sam and Briony tied the knot last year, two years after the couple announced their engagement.

The couple first announced they were expecting a boy when speaking with OK! magazine, saying: ‘We’re having a boy! It was a massive surprise when we found out, as there are loads of girls in our families, so we were adamant we were having a girl.’

Last month, she shared a photo of herself in labour in support of the #ButNotMaternity campaign, with the snap showing Sam’s hand placed on her back. 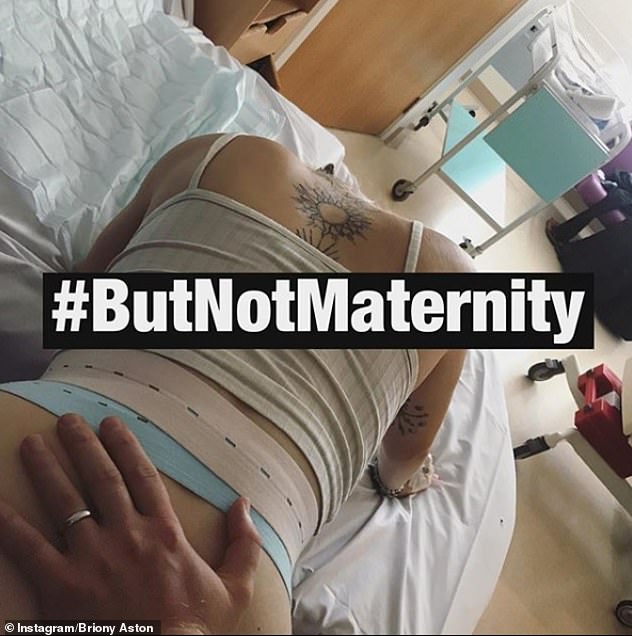 #ButNotMaternity: Last month, she shared a photo of herself in labour in support of the #ButNotMaternity campaign, with the snap showing Sam’s hand placed on her back

Thousands of new mums have been forced to face antenatal appointments and births alone as Covid-19 restrictions have banned partners from attending.

‘This could so easily have been me giving birth to our premature baby without any support at all. I’m jumping on the bandwagon of #ButNotMaternity because I am so fiercely passionate about it and the changes that need to be made…’

The #ButNotMaternity campaign which calls on NHS Trusts to lift the ban on labour restrictions that have been implemented amid the Covid-19 pandemic. It calls for birth partners to attend pregnancy scans and all stages of labour in hospitals.