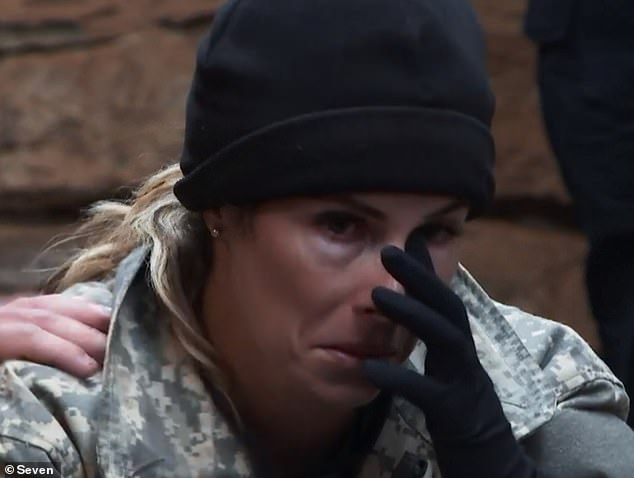 ‘I was almost suicidal’: Candice Warner reveals the humiliation of her toilet tryst with Sonny Bill Williams led her to a dark place

Candice Warner has revealed the true impact of her highly publicised toilet tryst with Sonny Bill Williams back in 2007.

In an interview with The Daily Telegraph on Tuesday, the 35-year-old SAS Australia star confessed she even contemplated suicide.

‘I was almost suicidal. I went through a hell of a lot at such a young age. I got to the point where I literally couldn’t take it anymore,’ she revealed.

Devastated: Candice Williams has revealed the true impact of her highly publicised toilet tryst with Sonny Bill Williams back in 2007

Having been just 22 when the incident occurred, Candice said she had a hard time dealing with the public humiliation and the fallout.

‘I don’t know if I would have gone through with the action but I felt like I had to get to that point to work out where my life was going,’ she admitted.

‘I got to the point, do I take my life or do I just take a different path. I am very grateful that I took that other path and that is where I started to turn my life around.

‘It was very tough at a young age to deal with that. People were cruel and very quick to judge, they made assumptions based off a photo.’

The former Ironwoman spoke about the incident on Monday’s episode of SAS Australia, branding it her biggest regret.

‘A long time ago when I was young, I got myself in a compromising position, which I regret,’ she began, shifting uncomfortably in her seat.

She added: ‘It had a huge impact on my family. Huge.’

Chief instructor Ant Middleton then asked Candice to elaborate on what had happened, but she simply called it ‘a personal situation’.

Becoming teary, Candice confessed she’d had ‘too many drinks’, before fellow recruit Shannan Ponton summed it up as ‘a compromising position’.

Candice was caught in a bathroom hook-up with Sonny Bill, 35, during a night out at the Clovelly Hotel in Sydney back in 2007.

‘Yes, I made a mistake. But is that really worth every single day the media trying to drag me down? I don’t think so,’ she added tearfully.

Becoming emotional, Candice confessed she’d been forced to live with her mistake, and admitted she’d have to one day explain it to her three young daughters.

‘Living with that and then having to explain to my kids in the future is going to be very difficult. Especially when you’ve got three girls,’ she continued.

Candice is a mum to three girls, Ivy, six, Indi, four, and Isla, one, with her husband of five years, cricketer David Warner.

‘I remember sitting on the side of the street and not being able to take it anymore. Just thinking, “If this is what life’s about, I can’t take it anymore,”‘ she added.