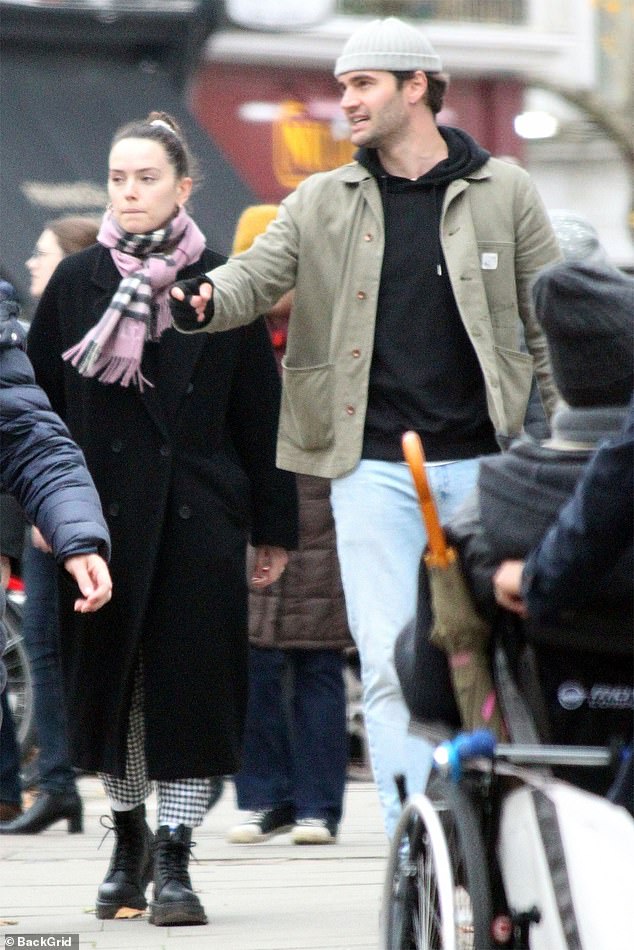 By Laura Fox For Mailonline

They sparked rumours of a secret wedding after he stepped out with a ring on his wedding finger.

And Daisy Ridley cut a casual figure as she and rumoured fiancé Tom Bateman took their pet pooch for a stroll in north London on Tuesday.

The Star Wars actress, 28, wrapped up in a long black coat and a pink checked scarf as she and Tom, 31, headed out for a walk, after originally sparking rumours they’d got engaged in June 2019.

Out and about: Daisy Ridley, 28, cut a casual figure as she and rumoured fiancé Tom Bateman, 31, took their pet pooch for a stroll in north London on Tuesday

Daisy opted for a long black trench coat teamed with a pink checked scarf to keep warm during the outing with boyfriend Tom.

The actress pulled her dark hair into a sleek topknot as she carried her cockapoo terrier mix into the capital.

Daisy and Tom were deep in conversation as they headed out together, after first sparking marriage rumours in September. 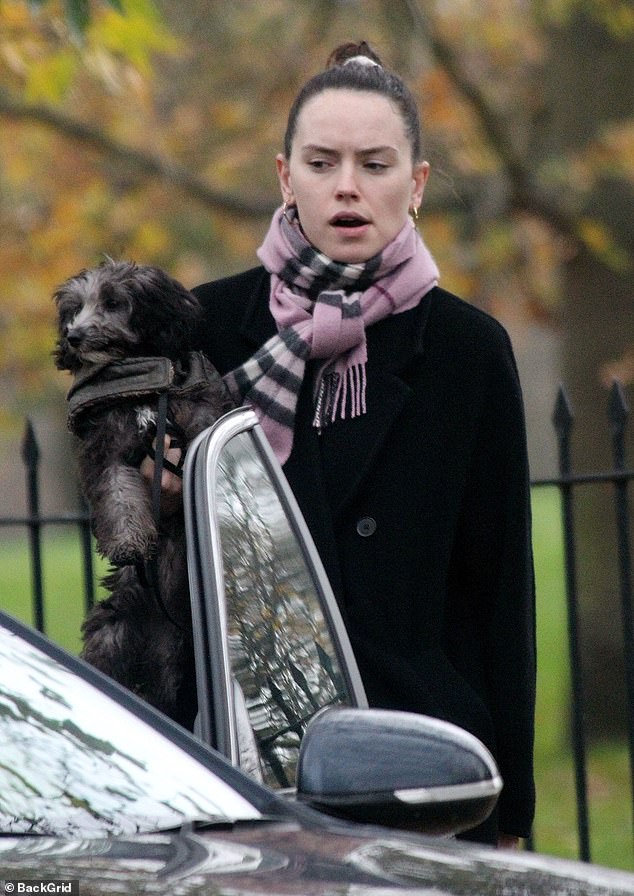 Low-key: The Star Wars actress wrapped up in a long black coat and a pink checked scarf as she and Tom took their dog for a walk

Tom was pictured with a new ring on his wedding finger as he reunited with his Vanity Fair co-star Olivia Cooke for dinner, sparking speculation that he and Daisy had tied the knot.

MailOnline has contacted representatives for Tom Bateman and Daisy Ridley for comment at the time.

Daisy first sparked rumours that she and Tom were engaged back in June 2019, when she was spotted with a sparkling new ring at the All Points East festival.

That summer, Tom was reportedly overheard introducing Daisy as his fiancée on a trip to Chicago.

A source told The Sun: ‘Tom introduced Daisy to staff at a Chicago hairdresser’s as his fiancee.

‘They were kissing and cuddling and it looked as though she had a ring on her finger.’ 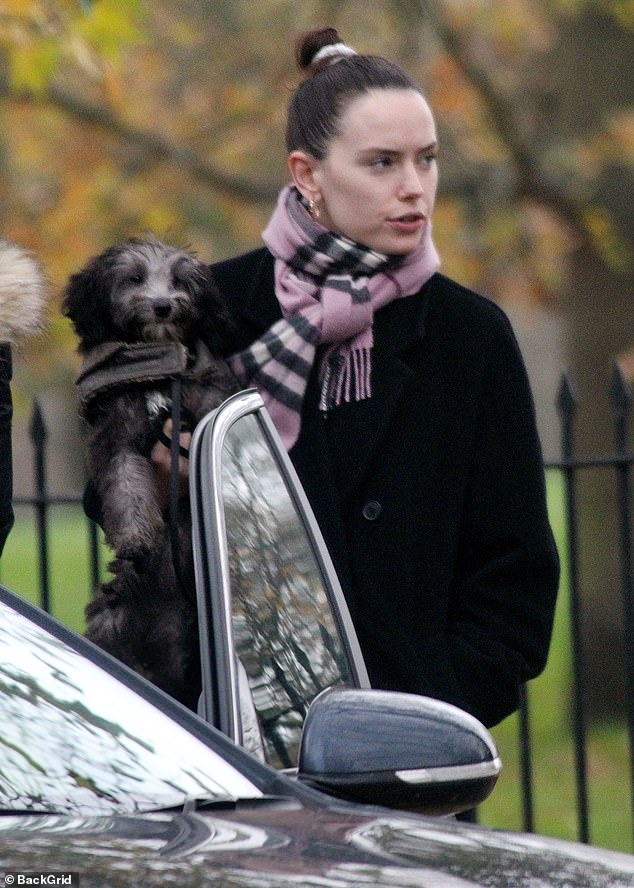 Simple: Daisy and Tom sparked marriage rumours in September, when he was spotted with a new ring on his wedding finger

Daisy and Tom moved into an apartment in London’s Primrose Hill together in February 2019, after they both starred in an adaptation of Agatha Christie’s Murder on the Orient Express in 2017.

In November of that year Daisy somewhat addressed the rumours, telling Marie Claire: ‘The thing is, I’ve never talked about my personal life.

‘So I won’t talk about it now. I’m so aware of how much information about my life is out there, so if there’s one thing I don’t want to talk about.

‘It’s a really nice ring that I wear. It’s the first time I’ve publicly been asked this one.’

Last year Daisy also made her final appearance as Rey in the Star Wars franchise, following the release of Episode IX: The Rise Of Skywalker.

She is next set to star in the science fiction epic Chaos Walking alongside Spiderman’s Tom Holland. 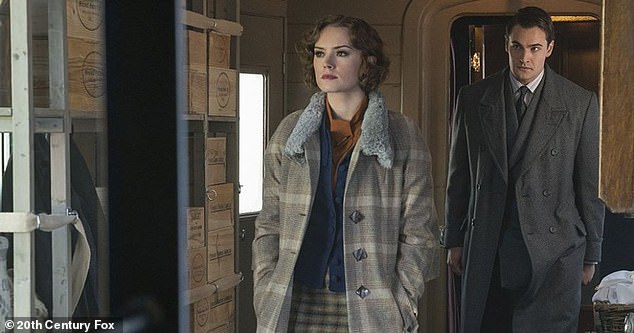 Sparks flew: Daisy and Tom met while starring together in 2017’s adaptation of Agatha Christie’s Murder On The Orient Express