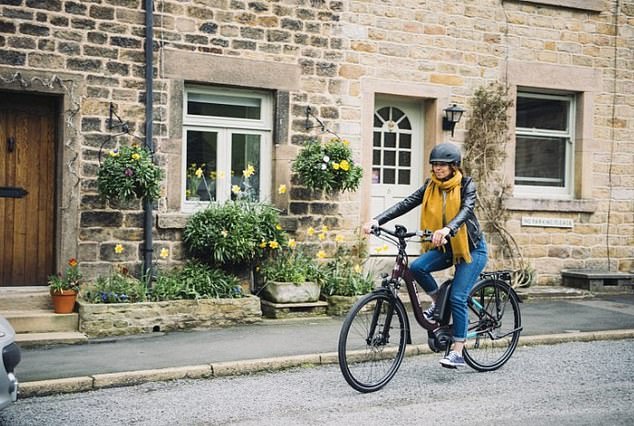 The cost of electric bikes are set to be slashed in a bid to give commuters a ‘sweat free’ way to get to work.

Ministers are planning to boost the use of e-bikes with a taxpayer-funded scheme targeting ‘people who need to ride in business clothes without breaking a sweat.’

Transport minister Chris Heaton-Harris suggested the subsidies will be unveiled next spring.

E-bikes are fitted with an electric motor to boost your own pedal power, allowing you to cover long distances with less effort than a conventional bike 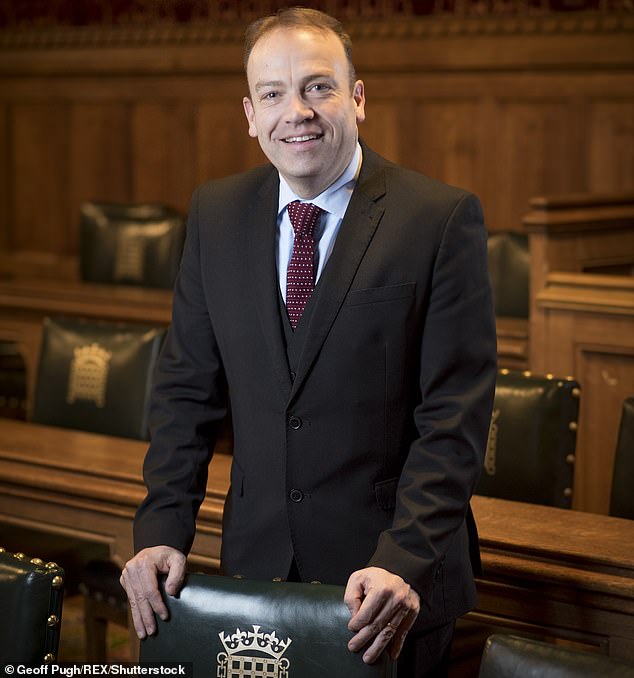 Sales of electric bikes and e-scooters have more than tripled since last year as commuters shun pubic transport amid the coronavirus pandemic.

According to The Times, the e-bike funding scheme would be similar to the grants available for plug-in vehicles, which offer up to 35 per cent off the purchase cost.

Ministers hope the programme will help those who are less fit or older, who might be daunted by regular bikes, to get back in the saddle.

They could be given up to a third off the £600 – £3,000 cost of a new machine to entice them to take more exercise or leave the car at home.

This comes after Boris Johnson unveiled plans for a third off e-bikes, bicycles on the NHS and free servicing as part of a £2billion anti-obesity drive in July.

Speaking at the time, the Prime Minister said drivers must understand they will be ‘sharing the roads’ as measures costing £2 billion are taken to promote cycling and walking.

Mr Heaton-Harris said the government was ‘developing a national programme of support to boost e-bike uptake to the levels seen in many other countries’.

An e-bike is a regular bike with gears and breaks, and the addition of a battery-powered motor. 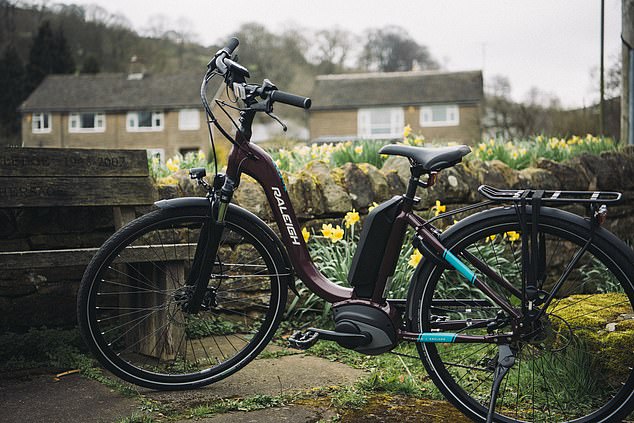 E-bikes can be charged from the mains using a conventional three-pin socket. Recharging takes a few hours, depending on the size of the battery 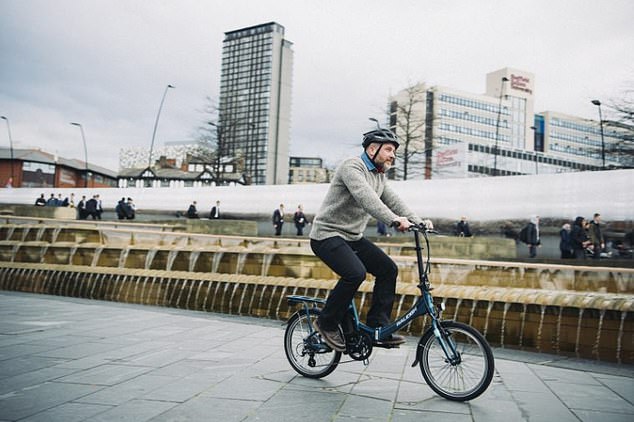 What are the different types of electric bike?

Just like mechanical models, there are different types of e-bike depending on your specific needs. These are:

Classic: The most popular type of e-bike for everyday use. Ideal for surfaces like tarmac and smooth bridal ways.

Hybrid: These are highly versatile and can be used on irregular and rugged terrain as well as regular roads.

Mountain: Mountain e-bikes have thicker tyres and suspension at the front and back, allowing you to cross over the roughest terrain.

Folding: These can be easily folded for storage and travel and are great for busy commuters, camping holidays and people with limited space at home.

For more, listen to Sustainable Solutions, a green-themed podcast series by ECO2 magazine at the Daily Mail, sponsored by Halfords and hosted by Louise Atkinson.

When you pedal, the motor kicks in to inject extra power up to a maximum speed of 15mph – the legal limit. Any faster than that and you’ll have to go under your own steam.

Electric bikes have a display panel on the handlebar that the rider can use to control the motor.

If motorists in England switched from cars to e-bikes for every journey where this was feasible the amount of CO2 emissions from cars could be slashed by 50%, according to research by the University of Leeds.

This is equivalent to about 30 million tonnes per year.

E-bikes can be charged from the mains using a conventional three-pin socket. Recharging takes a few hours, depending on the size of the battery.

In the UK, e-bikes can be ridden by anyone aged 14 and over and they do not require a licence.

You do not have to pay road tax and insurance is not compulsory.

Eliott Wertheimer, CEO of London-based electric bike company FuroSystems, said: ‘We haven’t yet realised the full potential for electric bikes in the UK, which is trailing behind European countries such as France and Germany, in part because the biggest barrier to entry for potential owners is cost.

‘We saw a big increase in our e-bike sales when TfL built miles of additional cycle-lanes across London earlier in the year, but more must be done to cajole this potential market onto an electric bike and out of their cars.

‘If the government moves to make e-bikes more affordable and accessible with a grant scheme, we would expect to see a 30-40% increase in sales overnight. Across the industry, sales would go from the hundreds of thousands to the millions by the middle of the decade.

‘This scheme alone would likely take tens of thousands of cars off the road each day, helping to tackle pollution and the climate crisis, as well as the obesity epidemic through improved physical wellness. This could be the most transformative change to urban transport since the Boris bike, so we most certainly welcome this news.’

A Mintel study after Britain first went into lockdown in April suggested some 14% of cyclists intend to buy an e-bike in the next 12 months, a rise from 11% in 2017.

Overall, 45% of current cyclists say they would be interested in test-riding an e-bike, while 32% of ‘potential cyclists’ are also interested in trying one out.