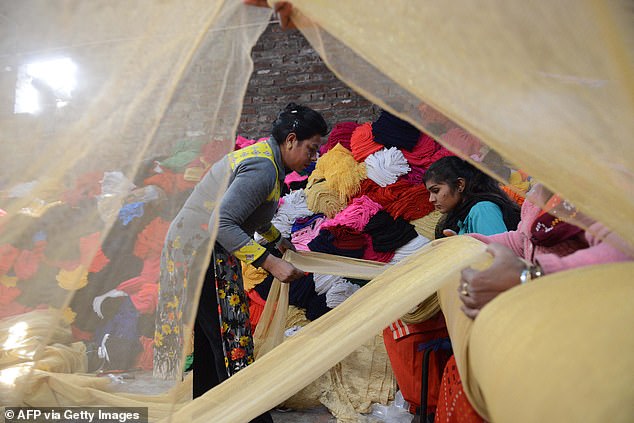 ‘Exploited’ workers at Indian factories supplying Tesco, Sainsbury’s, M&S and Ralph Lauren say they don’t get toilet breaks and are being made to sleep on factory floors

BBC investigation uncovers poor conditions for staff supplying UK high street  Worker claims she works 22-hour days sleeping between 3am and 5am on floor Another said: ‘We don’t get time to drink water on shift. We barely get time to eat’M&S, Tesco, Sainsbury’s and Ralph Lauren have said they are shocked by claims

Workers producing clothing for Marks and Spencer, Tesco, Sainsbury’s and Ralph Lauren in India claim they are ‘treated like slaves’ and sometimes forced to work 22-hour days or face the sack, an investigation revealed today.

Some staff working in south Indian factories have alleged that they are often only allowed to sleep on the factory floor for two hours before starting their working day again.

Others claim they are denied food, water and toilet breaks while producing clothes for British supermarkets and high streets, the BBC reported today, but the corporation chose not to name the factories to protect the identities of the whistleblowers.

One female worker said: ‘We’re made to work continuously, often through the night, sleeping at 3am then waking up by 5am for another full day. Our bosses don’t care. They’re only bothered about production’.

Another woman said: ‘We don’t get toilet breaks, we don’t get time to drink water on shift. We barely get time to eat lunch. They’ve increased our workload. We’re forced to stay late to finish it – or they yell at us and threaten to fire us. We’re scared as we don’t want to lose our jobs’.

She claimed that if they do get to use the canteen, managers will stand behind them and blow a whistle when they must go back to work.

In one factory there is one ‘terrifying’ boss known as the ‘master’, who is particularly abusive to staff, it is alleged.

One worker said: ‘The supervisor always shouts at us. If we make any error in stitching, I’ll be taken to the master who is very scary. The master will start swearing and shouting at us. It’s a terrifying experience’.

A widow, who has several children she needs to support with her wages, added: ‘They ask us to work so late I can’t even feed my children at night. They shouldn’t treat us like slaves, they should give us respect’.

M&S, Tesco, Sainsbury’s and Ralph Lauren have said they are shocked by the claims and are working with the factories to remedy any problems for staff.

In a factory used by Ralph Lauren, staff claim they can’t go home and have to sleep on the floor. 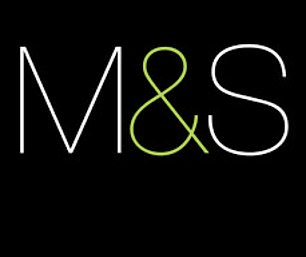 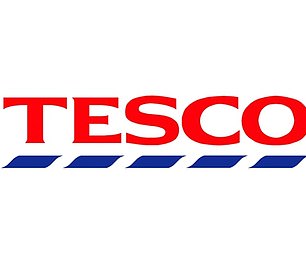 The fashion giant said in a statement: ‘We require all of our suppliers to meet strict operating standards to ensure a safe, healthy and ethical workplace, and we conduct regular third-party audits at all factories’.

The three British retailers caught up in the scandal are members of the Ethical Trading Initiative, which is meant to protect factory staff from poor working conditions.

Sainsbury’s said in statement that it was ‘insisting on a number of actions the supplier must take in order for us to continue to work with them’ and will ‘continue to closely monitor the site’.

Tesco said it was ‘deeply troubled’, adding: ‘We don’t tolerate any abuse of workers’ rights and fully investigated these allegations as soon as we were made aware’.

M&S claims it ‘undertook an immediate unannounced audit’ of its Indian sites and did find ‘identified overtime working practices that are not acceptable’, but claims that there was no evidence that staff were denied toilet breaks or water.