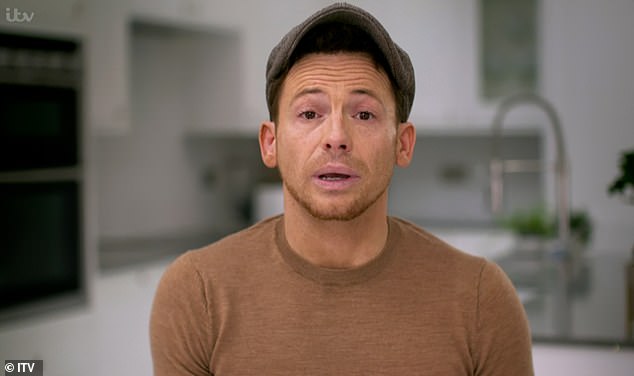 ‘All I wanted to do was hide away’: Joe Swash discusses grieving the loss of his friend Caroline Flack as he says ‘I love and miss her dearly’

Joe Swash has revealed all he wanted to do was ‘hide away’ when he discovered his friend, TV presenter Caroline Flack had died in February.

The actor, 38, spoke to new! magazine about his loss, saying: ‘I was doing Dancing On Ice when it happened. All I wanted to do was hide away for a little while and get my head round it, which I couldn’t do.’

Love Island host Caroline killed herself on aged 40, just a day after she found out the Crown Prosecution Service was pursuing a court case against her.

Tragedy: Joe Swash has said all he wanted to do was ‘hide away’ when he discovered Caroline Flack had died in February, aged 40, and loves and misses her dearly (stock photo) 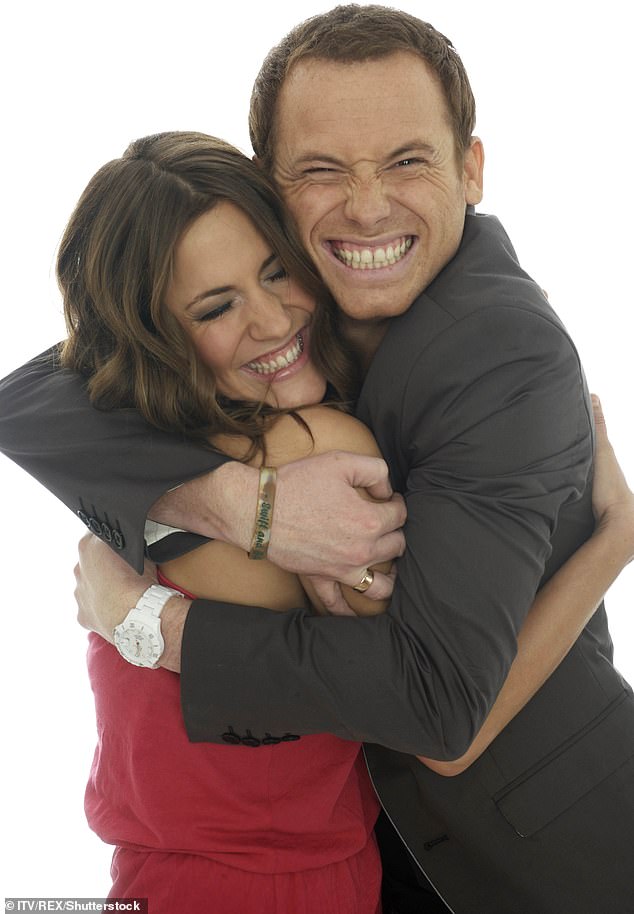 Fond memories: Joe and Caroline were friends for many years and first met when they were TV presenters on I’m A Celeb’s spin-off show, Extra Camp, in 2009 (pictured in 2010)

‘I loved her dearly and I miss her dearly. I’m grieving at the moment.’

Strictly Come Dancing delivered a touching tribute to Caroline last month – she won the show in 2014 and Joe said that watching it was almost too much to bear.

He said: ‘I watched a bit of it but I couldn’t watch all of it. It was upsetting. It was a really lovely, touching thing for them to do.’

Caroline was found dead on February 15, a day after she had been told that the CPS was pursuing the court case against her following an arrest at her home over a row with Lewis in December. 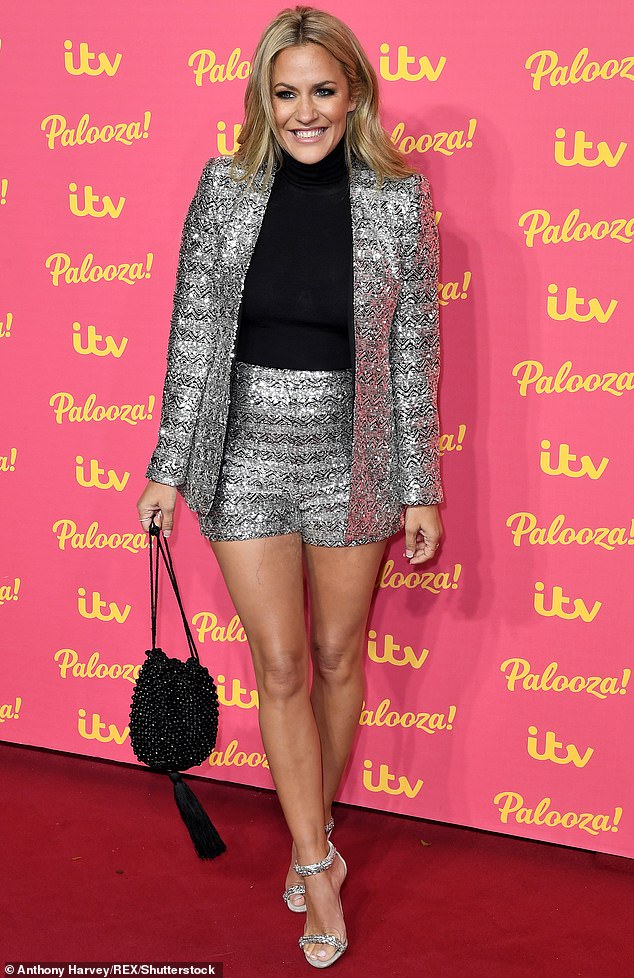 Joe said: ‘I loved her dearly and I miss her dearly. I’m grieving at the moment’ when talking about Caroline (pictured in November 2019)

Caroline had pleaded not guilty to assault by beating at Highbury Corner Magistrates’ Court in North London on December 23 and was due to go on trial at March 4.

Her management company criticised the CPS for pressing ahead with what it called her ‘show trial’ even after Lewis said he did not support it.

Joe and Caroline were friends for many years and first met when they were TV presenters on I’m A Celeb’s spin-off show, Extra Camp, in 2009.

He said he struggled to get back to work on Dancing On Ice, the day after the tragic news broke, and was ‘really messed up’ by Caroline’s death. 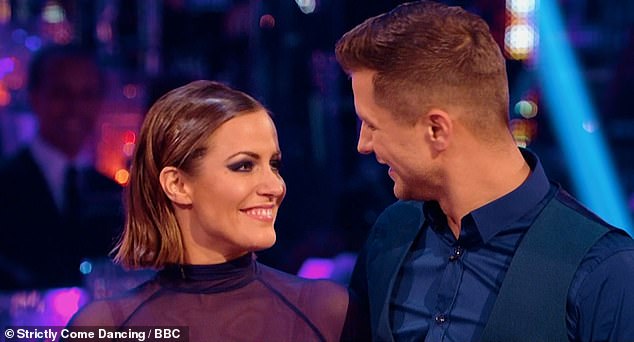 Devastated: Strictly gave a touching tribute to their former contestant last month, she won the 2014 series with Pasha Kovalev and Joe said the tribute was almost too much to bear

In a previous interview with The Sun, Joe said he was so devastated by her passing, that he ‘almost broke his skate partner’s back’ during a fall due to lack of concentration.

Joe said to the publication: ‘I dropped Alex really badly on her face and I nearly broke her back.’

Alex added: ‘It was really bad. It was the worst fall of my career, I’ll never forget it. We were very emotional, we cried a lot that day.’

For confidential support in the UK call the Samaritans on 116123 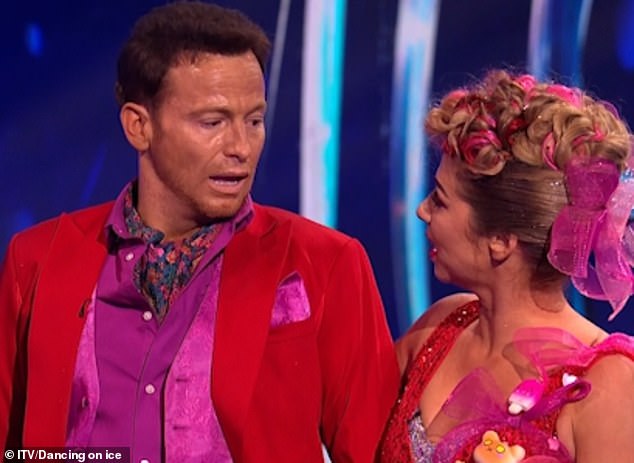 Not in the right mind: In a previous interview, Joe said he was so devastated by Caroline’s death that he ‘almost broke his skate partner’s back’ during practice for Dancing On Ice