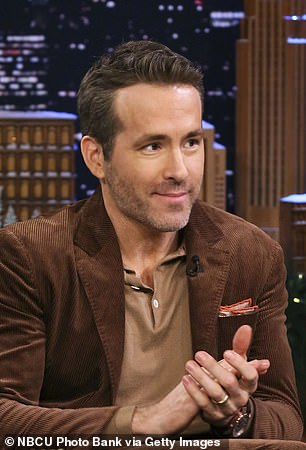 ‘Just like that he was gone’: Ryan Reynolds looks back on final conversation with Alex Trebek … following Jeopardy! host’s recent death at 80

Ryan Reynolds opened up about a conversation he shared the late Alex Trebek shortly before the TV icon’s death from pancreatic cancer earlier this month.

The 44-year-old actor spoke Monday with Extra about the impact the chat with the Jeopardy! host left on him.

‘It forces you to look around a little bit and see the people and the faces that are in our lives every day and really remember not to taking them for granted,’ the Deadpool star said. ‘I was talking to Alex on the phone two months ago, and that was amazing then just like that he was gone.’ 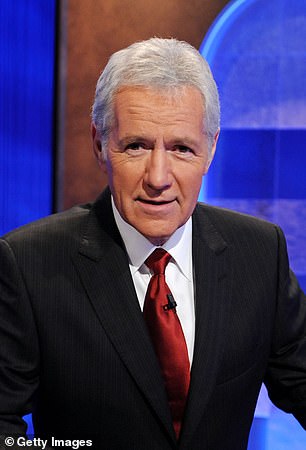 Tragic: Ryan Reynolds, 44, opened up about a conversation he shared the late Alex Trebek shortly before the TV icon’s death from pancreatic cancer earlier this month

The A-lister said the ‘conversation was about one of the shows he had coming up’ but he ‘was shooting in Atlanta and was unable to do it.’

He added of Trebek, who appeared in his film Free Guy, ‘He had been on the show a number of times, he was asking me about perhaps coming on again.’

Reynolds, like Trebek a native of Canada, said that being acquaintances with the late host and his death, made him pensive on human nature.

‘When you speak with people like that that you grew up watching and suddenly you are talking to them on the phone, you start to reflect,’ the 6 Underground leading man said. ‘You just never know; tomorrow is not a given. Hug them tight, the people in your life. It was really shocking and sad. 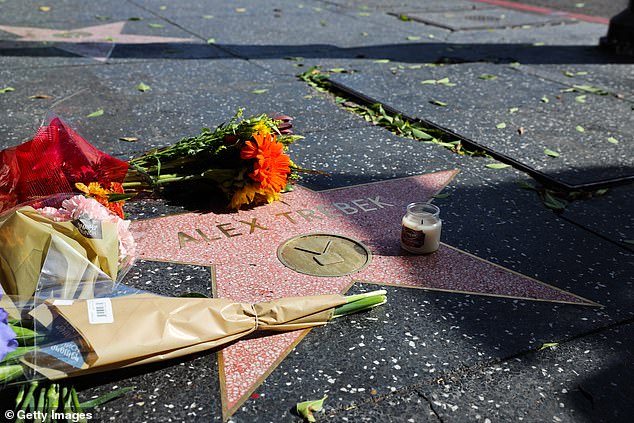 Beloved: Fans left flowers on Alex Trebek’s star on the Hollywood Walk of Fame after his death 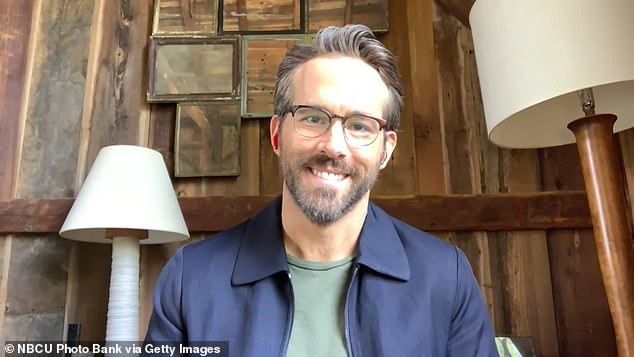 On his grind: Reynolds made a remote appearance on The Tonight Show

Reynolds took to social media with a moving memorial in the wake of Trebek’s passing.

He wrote, ‘Alex Trebek was kind enough to film a cameo for our film Free Guy last year despite his battle. He was gracious and funny. In addition to being curious, stalwart, generous, reassuring and of course, Canadian. We love you, Alex. And always will.’

Reynolds shares three daughters with his wife Blake Lively, 33: James, five, Inez, four, and Betty, one. He said that the girls are anticipating spending Thanksgiving in Canada, saying, ‘I have three kids that are 5 and under. They are fully aware and excited about it.’

He told the show that amid the trying year with the coronavirus pandemic, people can still ‘look back and hopefully move the ball forward’ when it comes to progress made on other fronts in society.

‘You have to, to a certain degree, look at the good things that are coming out of it, and I think the good things are, is change, real change, not just like, “Oh, we should really do that thing” – no, it’s really going to happen.’