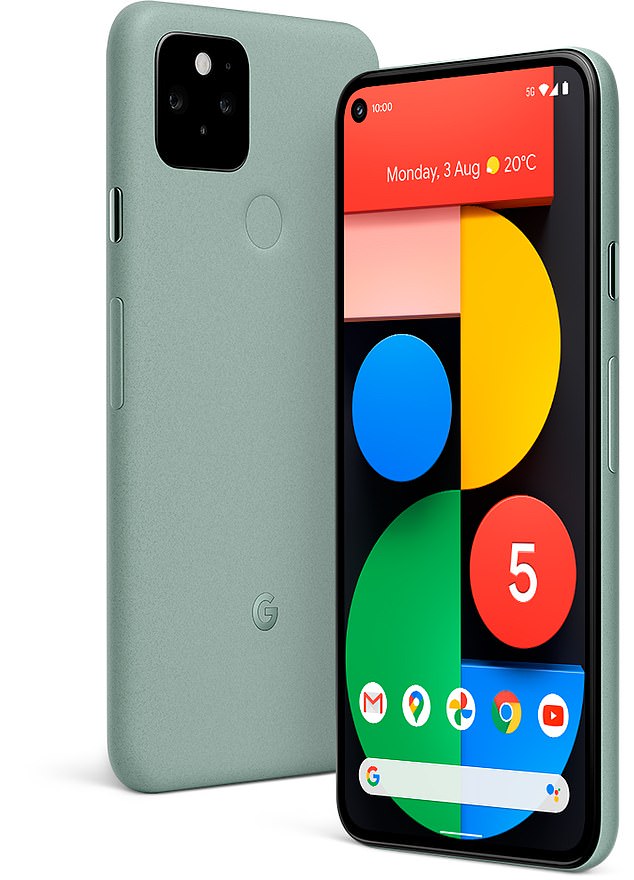 Google’s latest top of the range handset, the Pixel 5, sounds, on paper, like all the various flagship devices on the market with its 5G-enabled, camera-orientated spec.

But it costs just $999 in Australia, a significant slice less than the top end phones made by rivals such as Apple, Samsung and Huawei.

In previous years, Google has also released an XL version of the phone, with beefed up specs, but this year the 5 is the top dog, with only the 4a to keep it company in the Pixel range of phones.

It marks a change of tact from Google, who have deliberately voided the uber high tech space and left others to fight among themselves with $1,500+ handsets.

Instead it is positioning itself in the middle and lower price bracket, using its famous name and cheap prices to try and become the default ‘safe’ Android option.

Whether it has decided there is not enough customers willing to pay obscene amounts of money for the most high-end phones or has admitted it can’t keep up with its rivals is a matter of debate.

But either way, the end result is a noticeable shift in direction.

This is somewhat of a gamble and hinges on one thing, the Pixel 5, and to a lesser extent the 4a, being the best cheap phones you can buy.

And to answer whether they are or not, MailOnline spent a couple of weeks testing both the handsets. 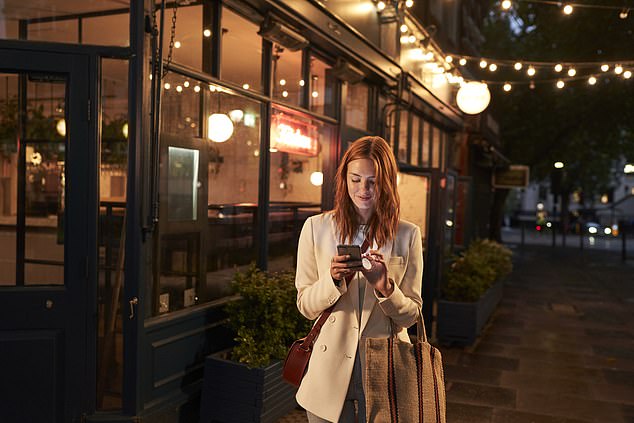 The new Pixel 5 marks a change of tact from Google, who have deliberately voided the uber high tech space and left others to fight among themselves with $1,500+ handsets

As soon as you open the Pixel 5 box you notice one thing, it just doesn’t look or feel like a high-end handset.

Google has plumped for a 6-inch screen and a recycled aluminium case, both very different to what consumers are used to.

It is, to all intents and purposes, a small phone. Its screen is smaller than that of the iPhone 11 Pro and it is noticeable in both the pocket and hand.

In the world of enormous screens and a focus on a crisp, clear image for consumption of video content on the move, the Pixel 5 struggles.

Although the phone has extremely thin bezels, an OLED a neat holepunch camera and a 85.9 per cent screen-to-body ratio there just isn’t enough screen to offer an elite viewing experience.

To compound this viewing misery, the speakers of the handset are woeful.

The sound feels like it’s travelled down a long corridor and is being pumped out of a broken speaker at a university house party. Shallow, tinny and disappointing. 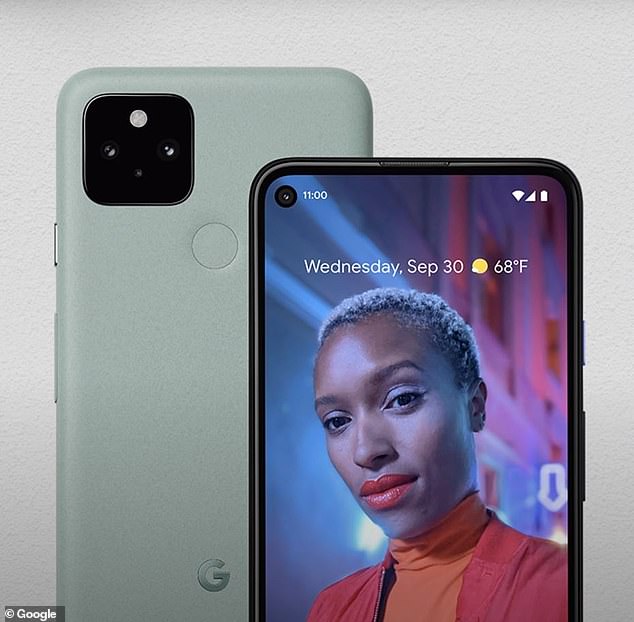 The Pixel 5 (pictured) comes in black, like the 4a, but also this ‘sage green’

It also lacks a traditional earpiece speaker, yet another casualty in the quest for no bezels, which further impacts the audio experience.

However, the sacrifices made for the screen have at least paid off when it comes to the display quality, with a crisp and clear picture. However, it does lack the top end brightness of other phones.

But again, this comes with an accompanying compromise, as its 90Hz refresh rate means animations are slower than on other top end devices, like the Galaxy S20 range.

The 5 brings back the rear fingerprint sensor which is exceptionally fast and efficient and its Snapdragon 765G processor is good, if not awe-inspiring.

All this being said, few people buy a Pixel phone for its sound, screen or processor, most customers are drawn in by the dependability of the software and the camera.

For the latter, Pixel has stuck with its tried and tested recipe of the same 12 MP sensor from the last few years but with an added ultrawide lens.

And the result is, as you would expect, exceptional photos. It’s ‘Night Sight’ function is excellent, and its portrait mode, complete with new automatic lighting, is brilliant.

The ultrawide feature, which is in the  main camera and pops up with the ‘.6x’ zoom option, works well and the machine learning keeps things in proportion and avoids distortion.

While it takes a little while for the phone to process the images after being taken – a consequence of the cut-price processor – its a very manageable split second.

An easy to overlook but very important upgrade is the battery, which is a 4,080 mAh beast, quite the achievement in such a dinky phone.

Combine this with the 18W fast charger you get in the box and battery life is a strong suit for the Pixel.

In day-to-day use it holds up well, and even intense daily use sees it keep up after 18 hours of relentless abuse.

Google claims that in extreme battery saver mode it can go as long as 48 hours on a single charge and MailOnline found it will play non-stop video while on airplane made for more than 20 hours.

Verdict: If you like a smaller phone and a good camera or a dependable 5G phone that feels familiar, it is worth the money. If you like your tech to be more recent and feel a bit fresher, there’s better options on the market, but for a bit extra cash.

The 4a has two models, the normal one and the 5G version. Confusingly, there is more between the phones than just the internet it uses.

As a result of its diminutive size, the 4a has a smaller battery at just 3,140mAh, leading to a max battery life of 24 hours, and a reasonable expectation of up to seven hours with medium usage.

Both the 5 and the 4a 5G have the same processor whereas the regular 4a has just the SDM730 Snapdragon 730G.

4a 5G and 5 use Android 11, whereas the 4 uses Android 10. But the 4a still features a very good camera — the main reason people flock to Pixel phones — and looks almost the exact same as the rest of the range.

The 4a does not have the ultrawide camera and has a refresh rate of 60Hz, as does the 4a 5G.

Of the three phones, only the 5 is waterproof.

A large difference however is what the phone is made of, with the entry-level 4a being made of plastic and the 5 made of recycled aluminium.

A clever bit of engineering sees the 5 capable of reverse wireless charging, but the 4a relies on being plugged in to charge.

But, they feel pretty much the same, mainly due to the bizarre case of the Pixel 5. It is a slightly textured recycled aluminium which has annual matte feel which, although metallic, feels plasticy and cheap.

In fact, in my opinion, the 4a feels nicer to hold than its big brother.

Verdict: If you can live without the superior processor and refresh rate, there’s no reason to buy the 5 over the 4a 5G while pocketing an extra $200+ extra.

The 4a is definitively the best Android you can buy for its $599 price tag.

The question for customers is whether the 5 is twice the phone of the 4a, to warrant its price tag.  Or, whether it is almost as good as the newly announced iPhone 12, which starts at $1,699.

While the value of the 4a makes it feel like a shrewd buy and a good use of ageing tech, the 5 has a whiff of a tired formula that is effective, but not spectacular.

Google has offered little to wow customers into buying it, as it did in the early day of Pixel, but instead has given just enough to draw in customers based on its reputation, dependability and familiarity.