She debuted a dyed green buzz cut and published a book of poetry last week.

And this week, Halsey has switched coasts and is in New York City.

The singer, 26, covered up her shaved head with a brown beanie as she stepped out for a night on the town.

East coast look: She debuted a dyed green buzz cut last week but on Tuesday, Halsey covered it up with a brown beanie as she stepped out in New York City

She was dressed in a black hoodie and brown plaid trousers along with black bovver boots.

She sported a dark red face mask and carried her phone with her.

Her book of poems titled I Would Leave Me If I Could is a collection of musings about, she’s explained, ‘things I ruminate on, fixate, miss, cry, regret, re-live and overcome.’ 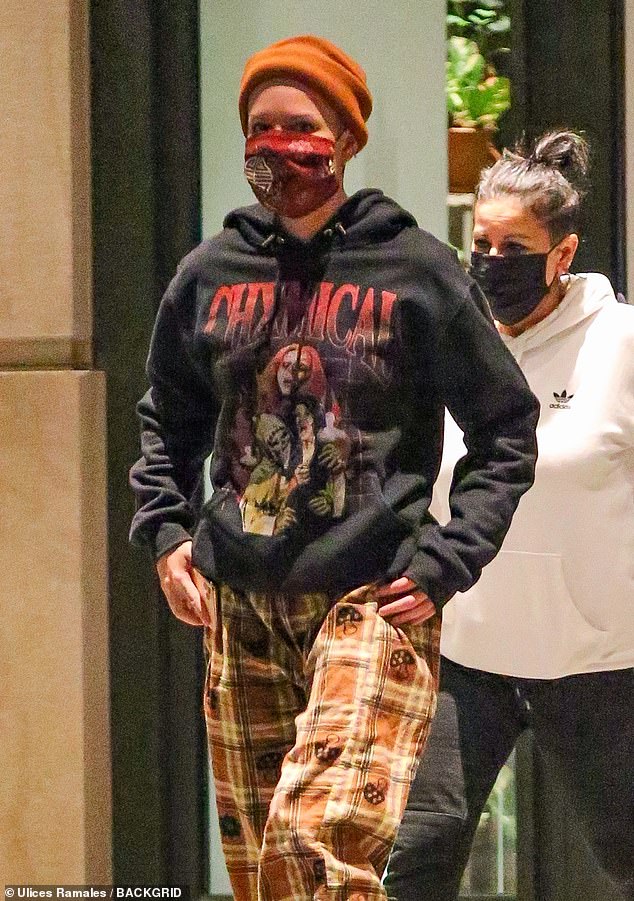 Night out: The singer, 26, was dressed in a black hoodie and brown plaid trousers and she sported a dark red face mask 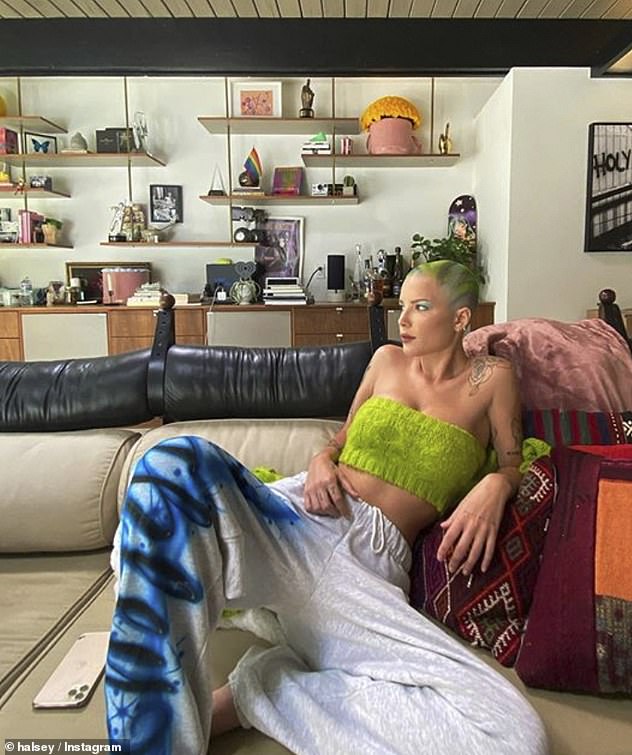 Diversifying: Halsey’s book of poems titled I Would Leave Me If I Could was published on November 10 and she’s also branching out into acting

In a new interview with Cosmopolitan , the New Jersey native – born Ashley Nicolette Frangipane – talks about expanding her portfolio, branching out from music into acting and writing.

She’s starring with Euphoria’s Sydney Sweeney in The Player’s Table, a small screen adaptation of Jessica Goodman’s They Wish They Were Us and says she’s also busy creating film and TV ideas.

And she explains that all of this has been possible because at an early stage she decided to change her name.

‘I think I had the foresight to know that being me wasn’t enough. I had to become somebody completely different,’ she told Cosmopolitan.

‘At the time, I felt that Ashley didn’t deserve to be famous and successful because she wasn’t that special, but if I made Halsey, maybe she could be.’

She said that making the change gave her ‘the opportunity to create a new persona that wasn’t bound by the expectations I had for myself or the limitations that others placed on me because of my upbringing or my socioeconomic situation.’

She added: ‘I created a person, and she could do everything.’ 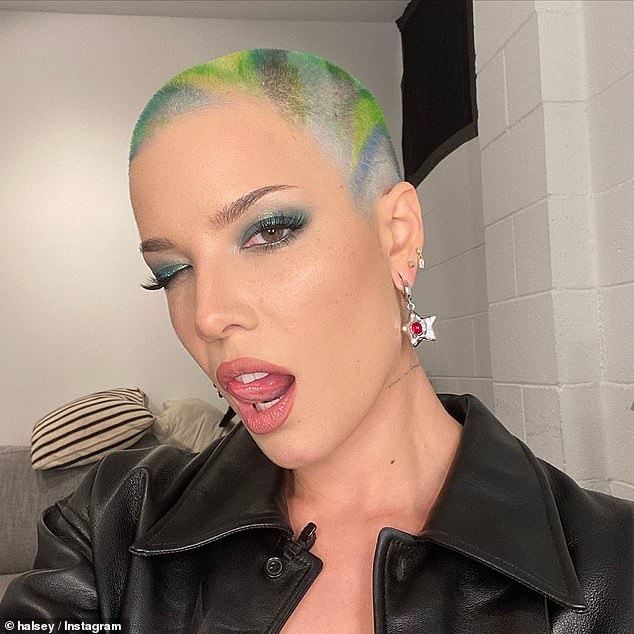 Colorful: She showed off her newly shaved head that had been sprayed green and blue and winked at the camera in a selfie celebrating her book’s release 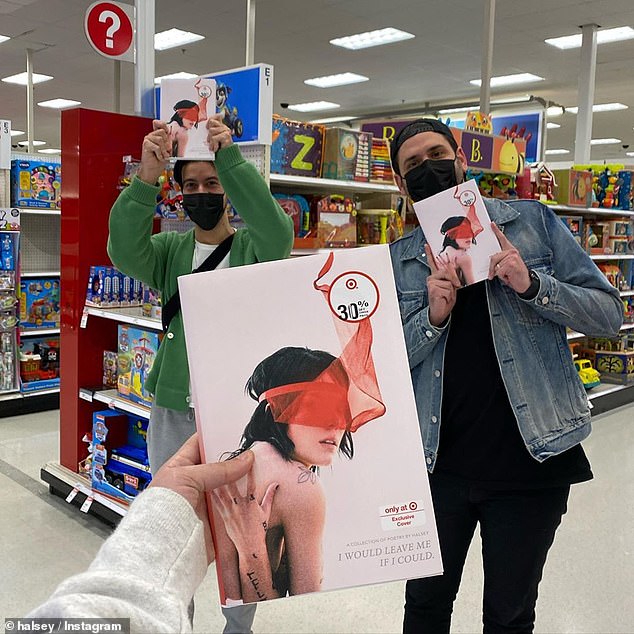 Big day: I Would Leave Me If I Could is about ‘things I ruminate on, fixate, miss, cry, regret, re-live and overcome,’ she explained