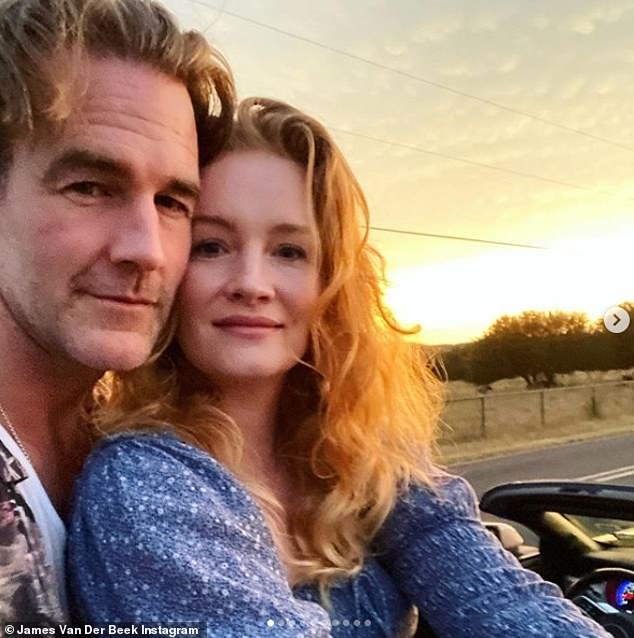 James Van Der Beek and his wife Kimberly marked the sad anniversary of a miscarriage on Tuesday.

Both took to Instagram to mark a miscarriage she suffered a year ago, which James, 43, dubbed ‘the one-year anniversary of a brutal pregnancy loss’ urging people to ‘consider donating blood.’

On Monday, Kimberly, 38, posted a statement about the tragic chain of events, which put her life in peril.

The latest: James Van Der Beek, 43, and his wife Kimberly, 38, on Tuesday as both took to Instagram to mark a miscarriage she suffered a year ago and urge people to donate blood

‘Tomorrow, Nov 17th marks one year after I was taken to the hospital after a 17 week miscarriage put my life on the line,’ she said. ‘Tomorrow, Nov. 17th also marks the due date of a baby I met far too early as I had another miscarriage at 17 weeks along, June 14th.’

She continued, detailing the life-threatening experience: ‘It took two hours to stabilize me. My life was saved by blood donors and hospital staff.’

She said that ‘blood transfusions saved [her] life a second time,’ encouraging her followers to donate blood if possible.

‘We are getting into the holidays and there’s been a lot of distress in the world,’ she said. ‘If you’re healthy and motivated, please consider donating blood tomorrow or sometime soon. Please share far and wide and let’s fill those blood banks up for the holidays. THANK YOU DONORS!!!’ 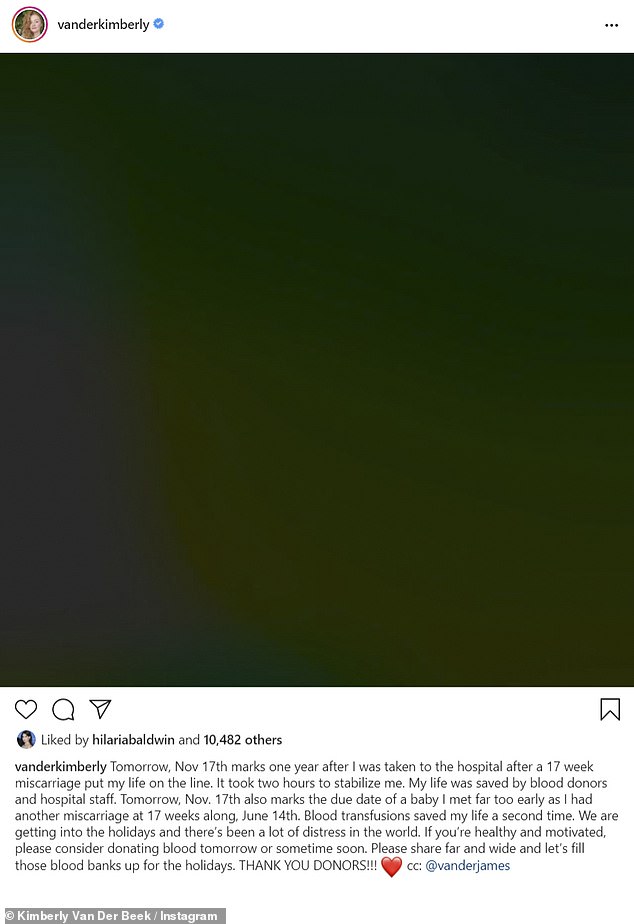 On Monday, Kimberly posted a statement about the tragic chain of events, which put her life in peril 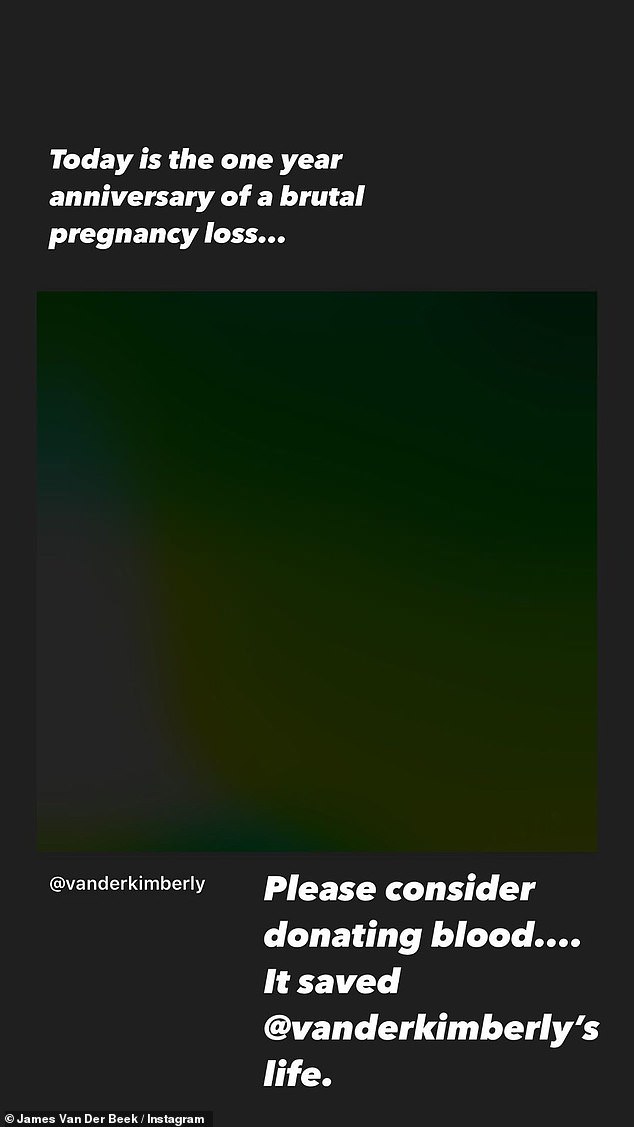 Giving back: James and Kimberly urged their followers to donate blood 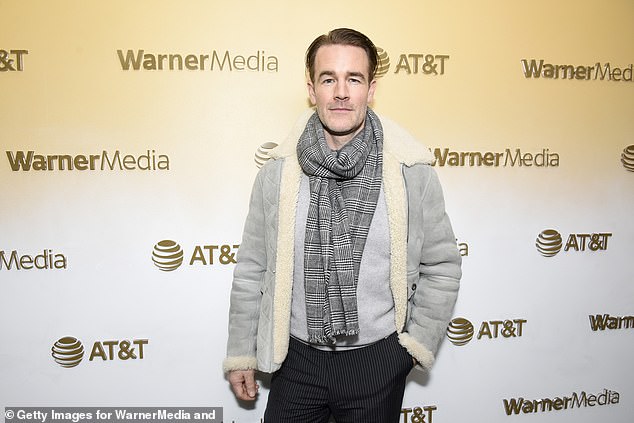 Kimberly last month spoke in an Instagram Q&A session, saying that she and the actor, who’s also been seen in Varsity Blues, One Tree Hill and CSI: Cyber, had selected the names John and Zachariah during the aforementioned pregnancies.

She said that in light of her experiences, she was thinking about using her platform to promote a blood drive.

‘That’s something that came to me very clearly to do, because people donating blood saved my life,’ she said, noting that she would donate as well if she was ‘feeling strong.’

The family earlier this year moved from Los Angeles to Austin, Texas.

Kimberly explained why in August on The Make Down podcast: ‘I think we’re in a time right now where people are wanting to ground themselves a little bit more into nature.’

She said that Los Angeles ‘has been a magical place for many years’ in her life, making the move an emotional one: ‘So much life has been lived here, I’m going to go through a process to leave. I mean, I birthed three kids in the home I’m living in.

‘But you know, I gotta get out of the concrete jungle for a little bit.’