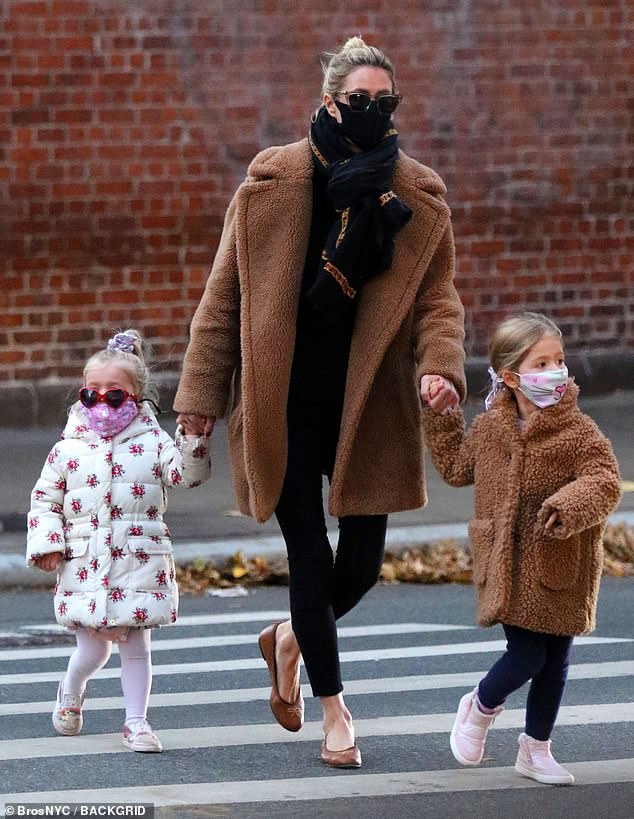 Nicky Hilton bundles up and holds on tight to daughters Lily-Grace, 4, and Teddy, almost 3, on outing in NYC

Her go-to ensemble this fall has been her favorite brown fleece coat and matching flats from her own footwear collection.

And on Tuesday, Nicky Hilton added a long warm wool scarf wrapped tightly around her neck as she stepped out with her adorable daughters in New York City.

The socialite and hotel heiress, 37, held hands with Lily-Grace, four, and Teddy, who turns three next month,as they navigated the city streets.

Mom on the go: Nicky Hilton wrapped up warm as she headed out in New York City on Tuesday with her daughters Lily-Grace, four, and Teddy, who turns three next month

Nicky also opted for her favored attire of black top and skinny black pants for the outing and added a black face mask.

She wore her hair styled back from her face and sported sunglasses.

Lily-Grace twinned with her mom in a brown coat and black leggings with pale pink ankle boots.

Teddy was dressed in a patterned white winter coat with hood along with white tights and shoes. 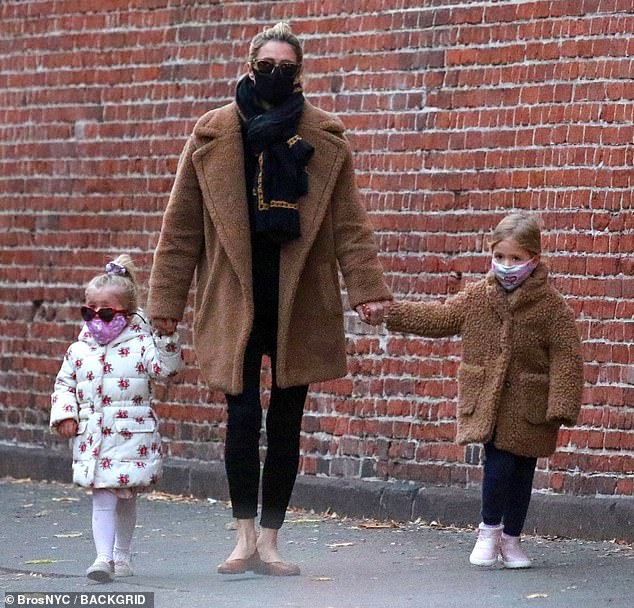 Masked up: Lily-Grace twinned with her famous mom in a brown coat and black leggings while Teddy was dressed in a patterned white winter coat with hood 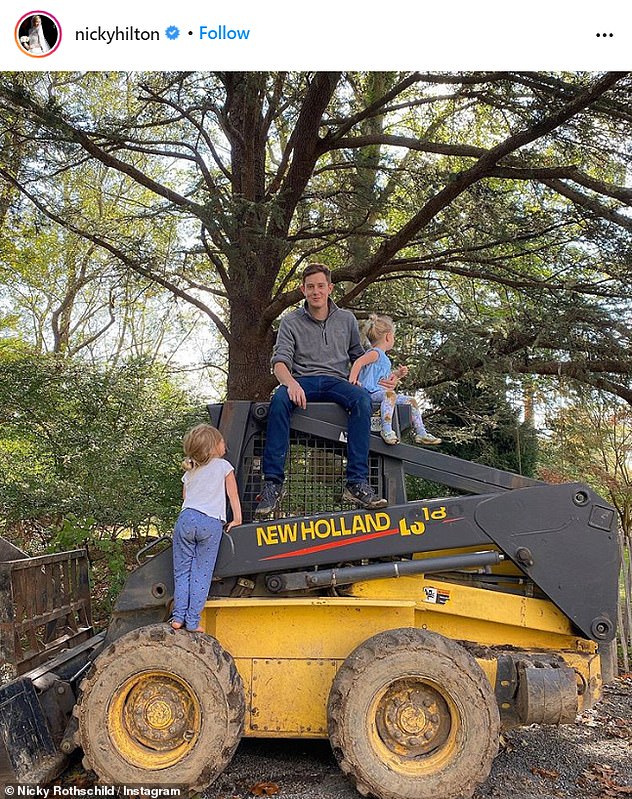 Family: Nicky, 37, shares her daughters with banker James Rothschild whom she married in 2015

Meanwhile, it was recently announced that Micky’s mother Kathy Hilton, 61, will appear in season 11 of Bravo’s Real Housewives Of Beverly Hills.

Kathy, who is also mom to Paris Hilton, is the half-sister of original RHOBH castmembers Kyle and Kim Richards.

She will be a friend of the show, meaning she only guest stars but has to do confessionals, and her addition to the reality show comes following the departure of Teddi Mellencamp and Denise Richards.

Kyle, 51, has been a mainstay of the show since it premiered in 2010 and is the last remaining original cast member.

Kim, 56, appeared as a series regular from seasons one through five, and has made guest appearances in nearly every season since then. 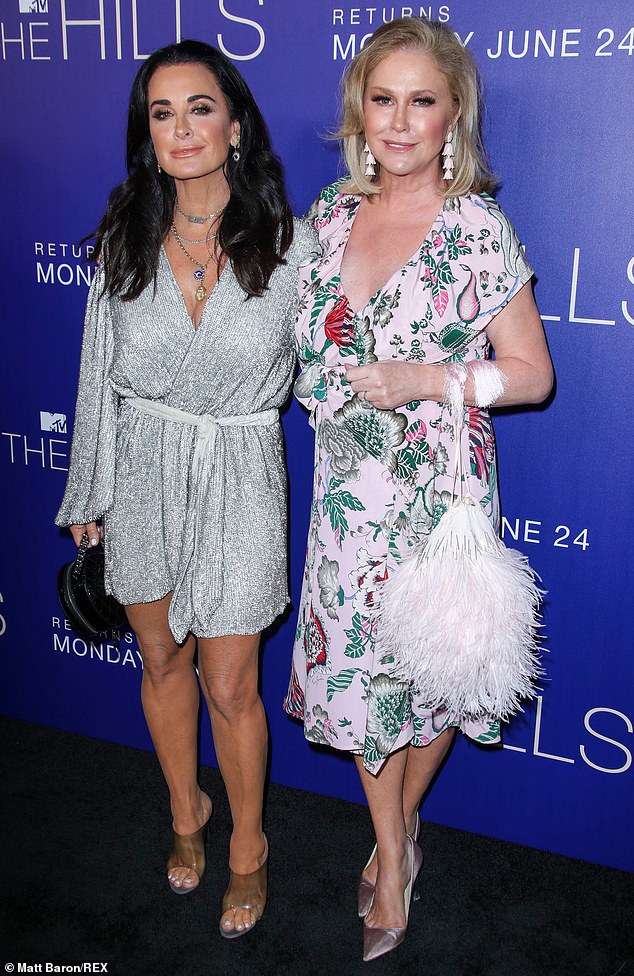